The 3rd-gen Porsche Cayenne 2018 will be offered with 2 variants in Malaysia. 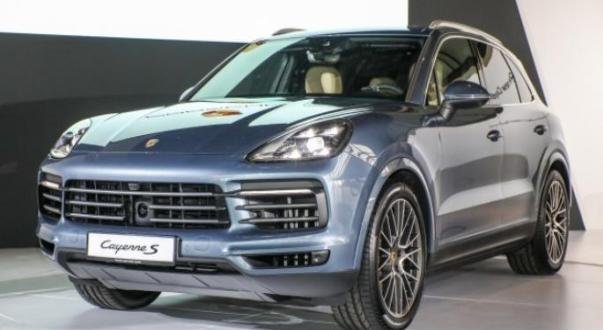 Both variants come mated to an 8-speed Tiptronic S and an active all-wheel drive (AWD) system. According to Porsche, while the base Cayenne can sprint from standstill to 100 km/h in 6.2s, the S variant does so in only 5.2s. With the support from the optional Sport Chrono Package, these figures can be decreased by 0.3s. What’s more, max speeds of the base and top-spec Cayenne are said to be 245 km/h and 265 km/h, respectively.

Designed with a whole new aluminium body, the third-gen Cayenne is now lighter than the current offering by up to 65 kg while still strengthend in power thanks to an addition of 40 hp. Furthermore, Porsche has given some components of the chassis such as the front section and the floorpan assembly with new high-quality material of lightweight alloys. The new Cayenne is also said to ride on the same Volkswagen's MLB Evo platform found in the Bentley Bentayga and the Audi Q7. 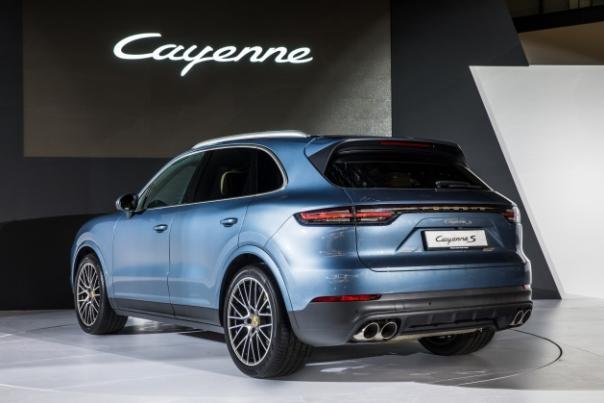 Thanks to its whole aluminium body, the new brand SUV is lighter than the current vehicle by up to 65 kg

The brand new Porsche Cayenne 2018 is introduced to perform more gracefully in corners with the help of advanced features such as:

The brand new car still maintains its familiar body with the unchanged wheelbase, yet has been made slightly wider, shorter and longer than its predecessor. The front fascia also involves a new lower wider intake and LED headlights. Moving on to the rear, the layout of the tail lamps is one of most noticeable cues that are borrowed from the newest Panamera.

Step inside, the new cabin looks quite similar to that of the Panamera, from the centre stack, centre console to the dashboard design. The centre stack and console feature 12.3-inch full-HD touchscreen for the enhanced PCM (Porsche Communication Management) and touch-sensitive controls. The instrument cluster comes with an analog tachometer located between two 7-inch displays which can be utilized to display vaious information by pressing the buttons on the 3 spoke-steering wheel. 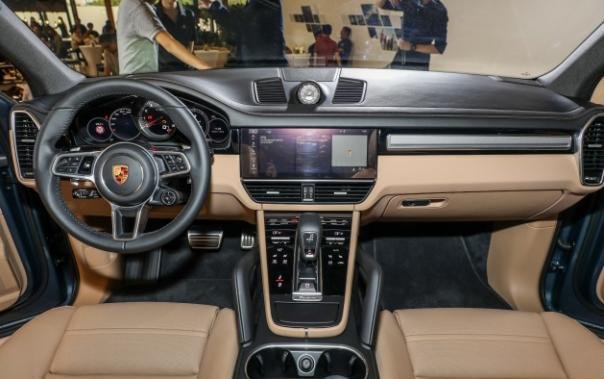 The cabin looks quite similar to that of the Panamera

According to latest car news, the brand new Porsche Cayenne 2018 is now available for booking in our neighbouring country while deliveries are planned to be ready by Q3 or Q4 this year.

Following is the price list of the Porsche Cayenne 2018 in the Philippines for your reference. Check it out!

Porsche Cayenne 2018 price in the Philippines