What to expect from the new Toyota Rav4 TRD Pro?

May 24, 2019 | Same topic: Newest & coolest car concepts
Despite the recent release of the Toyota Rav4 TRD off-road, hardcore off-roaders are still curious how a new Toyota Rav4 TRD Pro will be like.

Toyota Racing Development (TRD), as we all know is the Japanese company’s in-house performance shop which not only produces more powerful versions of Toyota branded vehicles but also appearance packages.

They’ve been around for quite some time now and are known the Toyota Fortuner TRD, the Vios TRD, the Yaris TRD and more famously for their V6 engines equipped with Roots superchargers.

TRD Pro is a series of Toyota vehicles that are tuned and modded by TRD meant for when the mountains are calling to you.

In other words, TRD Pro provides tougher meaner versions of the run of the mill Toyota SUV or truck equipped them with alternate suspension kits, mandrel-bent dual tip exhausts, TRD skid plates and much other stuff that enhances their off-road capabilities. According to the latest automotive news, at least in the American market, TRD pro has off-road variants of the Sequoia, Tacoma, Tundra and the 4Runner. Those are fine and dandy but what if Toyota gave the RAV4 a TRD Pro kit? What would it look like?

1. Toyota Rav4 TRD Pro: What to expect for its interior?

For starters, multiple changes have been done to make it handle better on rough terrain. As with those aforementioned TRD Pro vehicles, the Rav4 Pro would come with shocks that have longer travel. Also, it would be prudent to lift the suspension.

They would also give the hypothetical Rav4 TRD Pro a large skid plate with TRD branding on it. Preferably in red. Aside from looking good, a good skid plate will protect the underside of the engine and other essential parts of the vehicle from nasty rocks and other potential causes for damage. 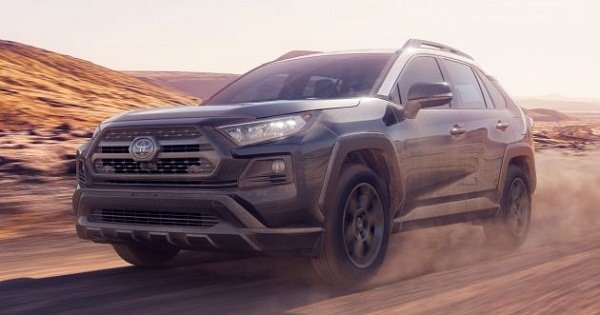 Like other TRD Pro models, the Toyota Rav4 TRD offroad will also need a new wheel. Likely it will also come in black as those will certainly look good regardless even when covered in mud. For more traction both on paved roads or otherwise, beefy all-terrain tires are would also be good.

For other off-road enabling stuff, the Rav4 TRD Pro could also use a snorkel just like the one that comes with the TRD Pro Tacoma. This would make it capable of fording shallow rivers. Or even deep ones if you’re crazy enough.

Now the TRD Pro version of the Toyota Rav4 has a 2.5 liter four cylinder that can make up to 203 horsepower and 184 pound-feet of torque. Those figures can be improved on especially if and ever Toyota decides to build a pro version Rav4 TRD, they could always use their roots supercharger tech to give it more oomph.

Regardless, the current Rav4 TRD engine is already as powerful than most off-road spec vehicle currently available today so it might be a stretch to give it a supercharger. 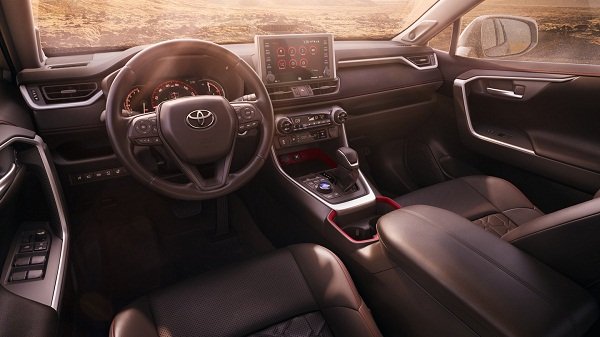 Regarding this speculation, Toyota’s Group General Manager and Vice President Jack Hollis told a reputable automotive news source that TRD Pro vehicles are about “that body-on-frame heritage” which the Rav4 is not as it is actually a unibody vehicle just like most crossovers.

Hollis instead recommends the existing Toyota Rav4 TRD Pro which we have mentioned earlier which does not have a snorkel available, nor does it have a skid plate. Also, it looks like it rides on stock height.

Do you think a Rav4 TRD Pro is a good vehicle for Toyota to produce in the future? Would you for at least the TRD off-road version to come here in the Philippines?

>>> Kindly refer to our Toyota Rav4 cars review to get a deeper understanding of the Toyota SUV segment.