The Toyota Yaris 2019 sedan is said to be a redesigned variant of the Mazda 2 sedan.

The Toyota Yaris 2019 sedan has been officially revealed after 3 years since its first debut in the West. The design may feel familiar to some because the Yaris sedan, which is currently in only available the US market, is basically a clone of the Mazda 2.

Walking around, the facelift receives a handful of updates in its exterior design. At the front fascia, the Yaris is adorned with revised headlights, a fresh honeycomb grille, along with some chrome and piano black highlights. The facelift receives a handful of updates in its exterior design

It is worth noting that the Toyota Yaris 2019 sedan comes available in up to 3 variants: the Yaris LE, Yaris L, and the top-of-the-line Yaris XLE. 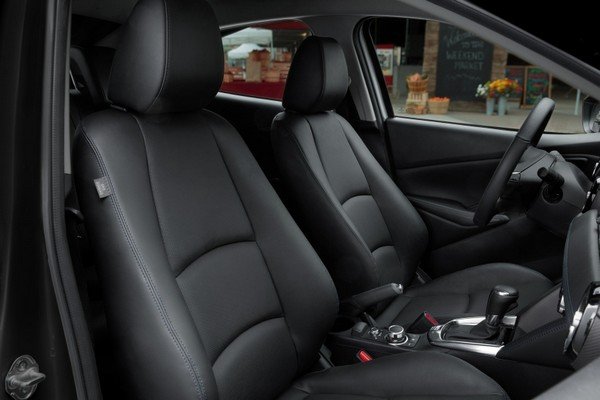 A 60:40 split-folding rear seat is also included in the equipment

Under the hood, the engine range gets no change, which is similar to the Mazda’s powertrain - a 1.5L direct-injection Skyactiv petrol mill. The 1.5L is capable of doling out 106 hp and 103 ft-lb, mated to a 6-speed manual or 6-speed automatic transmission. The manual gearbox’s fuel consumption measures at 6.7L/100 km (combined cycle) while the automatic’s number is 6.4L/100 km. An option for Sport Mode is also available.

Besides, a tire pressure monitoring system and 6 airbags coming standard are also equipped. Especially, the Yaris has a Low-Speed Pre-Collision system that can check the road ahead for possible crashes and notify the driver by automatically activating the braking assistance and an audio/visual alert if the driver fails to respond. According to the latest car news, no word on the Toyota Yaris 2019 sedan prices, but it is expected that the base variant Yaris L will get the same price tag as the current model in the US which is $16,995 (equivalent to about P889,000).

In the meantime, let’s check our table of the newest prices for the Toyota Yaris 2018 in the Philippines:

If you are not familiar with the Mazda 2 and want to have an idea of what the read car looks like, check out the Mazda 2 2011 for sale on Philkotse.