There are up to 6 engine options for you to pick.

D-segment sedans have been gradually left far behind in the world auto racing since the advent of SUVs and crossovers. Despite that, Peugeot has still industriously worked on its all-new Peugeot 508 2019. Forward of the 2018 Geneva International Motor Show, the French carmaker has unveiled its second-gen 508 sedan in the shape of a sleeker 4-door coupe design. Still loyal to Peugeot’s current design language with a bold front grille and slim headlamps, but the new 508 2019 is further beautified by a shaper nose. In truth, the front end is reminiscent of the Instinct concept showed in the last year’s car event.

As to the side, it is exactly the sloping roofline that brings the 508 an alluring coupe-like appearance. In the meantime, the executive sedan features a wider-looking stance owing to flared quarter panels. The panel also receives more character lines and notably, all doors come with a frameless window design. 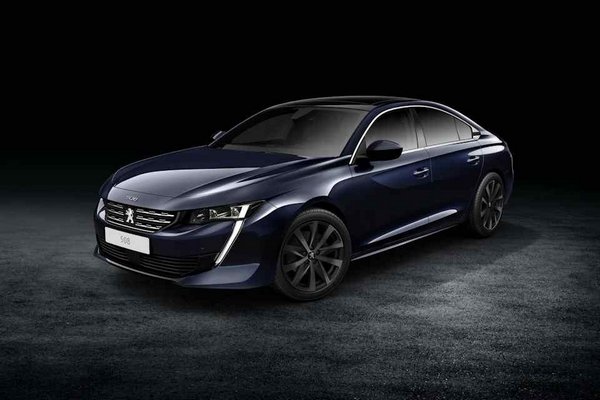 Moving backwards, worth mentioning is the iconic “Lion Claw” taillight design. Like the Peugeot 3008 sibling, the taillights are united with a gloss black trim and a Peugeot logo sits outstandingly at the center. The tail becomes more attractive with a pointed tip raking towards the body work. In particular, the GT Line trim, as seen in the pictures, is offered more sporting tweaks like an integrated rear bumper diffuser, a deeper front spoiler and low profile alloy wheels. Complementing the outer look is a “508” badge on the bonnet. 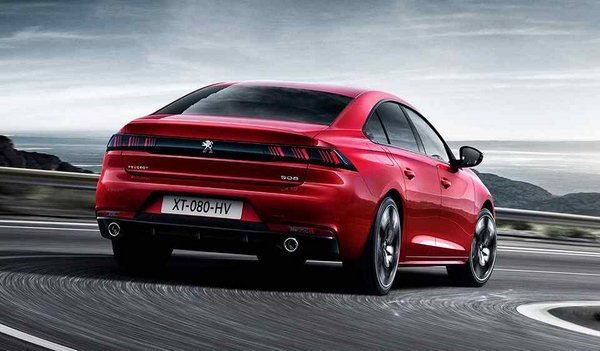 Internally, the new 508 cabin comes loaded with the brand’s i-Cockpit design but with its own distinct trait. In detail, a waterfall-effect center console and a squared-off dashboard with contrast stitching on passenger side are all prominent on the inside. Similar to the Peugeot 3008 again, other controls are taken via a toggle switch. Plus, in automatic variants, an electro-mechanical gear selector will be available in the next-gen sedan. 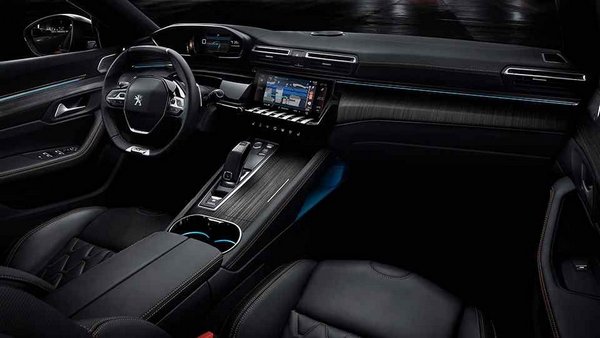 In terms of entertainment source, the 508 has got a heads-up display with a 12.3-inch digital multi-infotainment screen and a smaller 10-inch touchscreen. Available goodies include hands-free Bluetooth, navigation, automatic climate control, digital radio and many other mobile apps.

The Peugeot 508 2019 is blessed with a wide array of engine options: 2 turbocharged gas and 4 turbo diesel engines. Gas-powered engines consist of a 1.6L capable of 250 Nm and 180 PS and another derived version with 285 Nm of torque and 225 PS. On the other hand, the diesel mills are comprised of a 130-PS 1.5L BlueHDi and a 160-PS 2.0L BlueHDi for the mid-range trim along with the same 2.0L unit but with 180 PS for the top-of-the-line model. These engines work in tandem with either a 6-speed manual transmission or an all-new 8-speed automatic.