Hyundai first announced its intention to join the pickup truck segment back in 2015 when it introduced the Santa Cruz concept. The Korean car brand launched the concept version of its first-ever pickup truck at the 2015 North American International Auto Show (NAIAS) in Detroit. The Santa Cruz concept relatively caught the attention of the automotive industry. Aside from being Hyundai’s first pickup truck model, the Santa Cruz was named the 2015 Concept Truck of the Year at the 14th North American Concept Vehicle of the Year (NACVOTY) Awards.

Six years later, Hyundai is all set to end the waiting game as it announced that the Santa Cruz will make its global debut on April 15, 2021. The automaker released teaser images of its upcoming pickup truck, and it looks promising. The front end of the 2022 Santa Cruz shares similarities with the all-new Hyundai Tucson. The grille design that is shown in one of the teaser images looks strikingly the same as the Tucson. The teaser also suggests that the Hyundai Santa Cruz will come with an angular bumper as well as prominent fender flares. 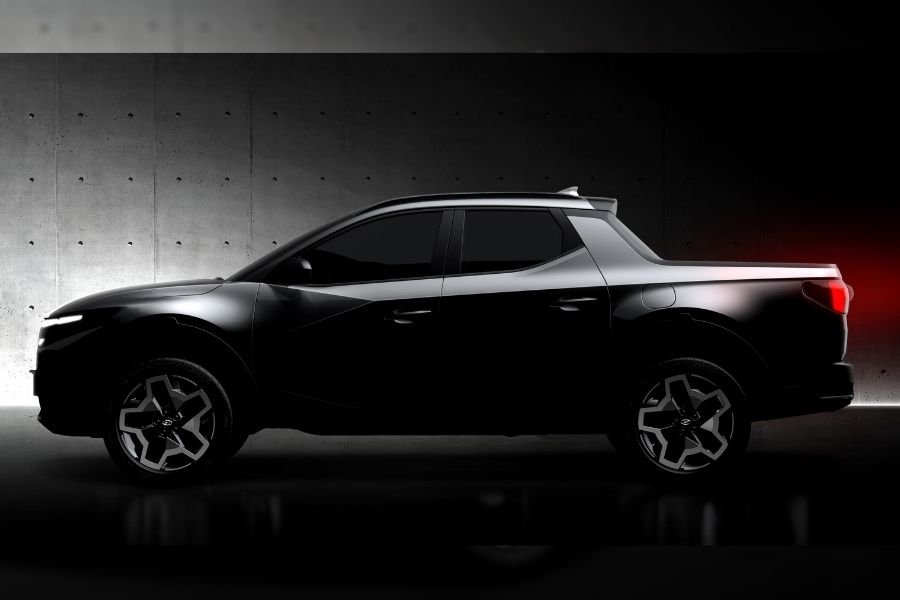 Turning at the side, the Santa Cruz is integrated with crisp character lines that give the vehicle a striking appeal. You can also see a modern-looking wheel design, which adds style points and a sporty vibe to the Santa Cruz’s side. Of note, the production version will come with a four-door setup, which is different from the two-door design that was previously shown in the concept version. 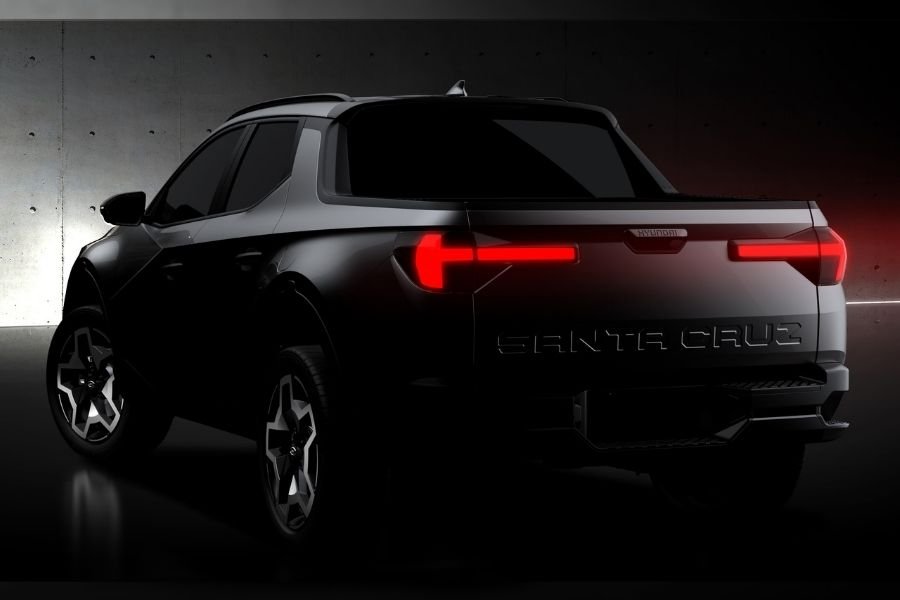 Look at that taillights

The rear gets a hammer-like taillight design along with a bold Santa Cruz text on the tailgate. The teaser also shows that the pickup truck features a shark-fin antenna and roof rails. Aside from the exterior teaser images, Hyundai has yet to share information in regards to the Santa Cruz’s interior and powertrain details.

Previous reports state that the Hyundai Santa Cruz will be sharing a lot of characteristics with the Tucson. With that, the Santa Cruz could be powered by the same engine options offered on the Tucson, which includes a 2.5-liter inline-4 gasoline engine.

Younger fans might not be aware of it, but the Korean wave or hallyu predates the slick choreography of K-pop groups and the hearty servings of samgyupsal. It’s actually rooted in the writings of Kim Gu, who led the movement to set Korea free from Japanese occupation during the 1920s.

Kim wanted Korea to be a power in its own right, but not in terms of political or military might. He was aware of the suffering his people endured when Japan annexed the country, and so he harbored the idea that Korean culture can be used as a soft power to shape global perception through attraction, not coercion.