The Suzuki Ertiga Sport 2018 and Suzuki Ignis Sport 2018 have been disclosed with two new concepts at GIIAS.

The former gets fresh side stripes, side skirts and a strange skid plate with a contrasting red tone while the rest parts of the car are in black cue. Under the hood, the Ignis Sport is still powered by a 1.2L K-Series petrol mill which works in a conjunction with five-speed automated manual or manual gearboxes.

It is said that the Ignis Sport Concept could be developed into a version derivative of the Suzuki Ignis Sport 2018. 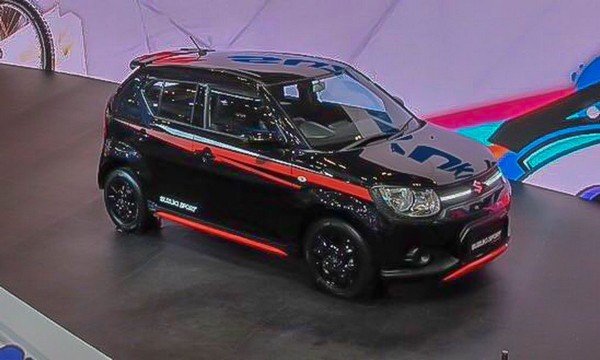 The Ignis Sport is still powered by a 1.2L K-Series petrol mill

According to the latest car news, if the feedback is positive, the Ertiga Sport concept could be used as a version derivative of the Ertiga. The 2nd-gen Suzuki Ertiga Sport 2018 is planned to be launched in the Indian market soon. It is expected to go head to head with the all-new Mahindra Marazzo and the Toyota Innova Crysta’s base version.