Are you looking for a brand new JAC for sale at good prices in the Philippines? Please check out our JAC Philippines' price list below for the latest vehicle information and pricing details. Make sure to bookmark our page for helpful car tips and advice, the latest motoring news and in-depth car reviews by Philkotse experts.

The Hefei Jianghuai Automobile Factory was established in 1964 and in 1997 named Anhui Jianghua Automobile Co., Ltd. In 2001, the company made an IPO (Initial Public Offering) on the Shanghai Stock Exchange.

Decades ago, JAC produced commercial trucks only, under the brand name Jianghu later in the year 200s, the MPVs and SUVs made its appearance. Despite the company gaining approval from the government as a car production company in 2007, it is still known as a truck maker.

Before 2007, JAC worked with Hyundai Motor Company in early 2000 in its efforts to expand its line of products. Hyundai MPVs were assembled at the beginning of 2003 but were halted before 2007. When the cooperation with Hyundai was put to a stop, there were two models that continued its production and they are the MPV and SUV.

In 2004, Hyundai considered putting up a joint venture with JAC. The Chinese government supported the integration of the Chinese auto industry and predicted the merger of JAC and Chery since both are based in the province of Anhui.

During that time, Cherry specialized in building passenger cars while JAC was focused on trucks. JAC was not interested in the merger and concentrated on creating passenger cars. In 2010, JAC announced a program on electric vehicles which was created only to avoid the rumors of the said merger.

JAC Automobile International Philippines Inc. Was established in September 2007. It was the only exclusive distributor of JAC automotive, light and heavy vehicles, bus/coach, and heavy equipment. This is to meet the large demand for JAC products and services.

In 2011, JAC became the Board of Investment Certified Company as a manufacturer and builder. The company was licensed and certified to build and market 10 JAC models in the Philippines and later on in other Southeast Asian countries.

Currently, JAC is offering 10 new car models in the Philippines. The JAC S1, JAC S2, JAC S3 are the most popular cars from JAC in their car lineup.

Under the local subcompact sedan segment, the JAC J4 is JAC’s flag bearer. Under the Euro-bred exterior design, the J4 challenges its class rivals. The J4 has smooth side outline, daring front fenders and strong waistline. It has an eagle-eye headlight with a ladder-shaped bumper that gives character to its front façade. The back features an oval tail lamp and a compact truck indent design that incorporates the roof line. The J4 has a T-type dashboard and two-toned assortment within the cabin. For a darker cabin, a black interior is available. There are five body colors to choose from: black, ...

One practical vehicle that can both be used for passengers and cargo, that is the JAC M3. It is an MPV that can do both tasks. It doesn’t have the traditional hexagonal grille. The M3 has a distinct wide-open trapezoid headlamp. It has a wide bumper and a unique grille design. Seven passengers can be accommodated inside the M3 with its 4,715 mm length, 1,740 mm width and 1,900 mm height. Passengers can sit comfortably. It also has a well-designed cabin. Cargo space is wide with a 50/50 split-folding that is located on the third-row portion of the vehicle. The ...

Another variant under the hexagon grille family is the JAC M4. This is JAC M3s bigger version. Despite its size, it has a modern style to it. The M4 may not be as elegant as its competitors, it has the advantage of being tall and wide. Which is suitable for cargo. What makes this variant standout is its chrome plated grille that gives the vehicle a stylish architecture. It has a blinking, thin, LED daytime running light. It also showcases an L-shape design and placed in the shape of the headlamps. The M4 can accommodate 10 people plus the driver. ...

Despite its small size, the JAC S1 is capable. The S1 is the smallest subcompact crossover. It is fashionable and has a cool exterior style. What gives the S1 its trademark and what makes it unique among other subcompact crossovers is its hanging roof and two-toned body. The headlights use a double-light lens LED lamp. This also comes with daytime driving lights. When viewed from one side, the S1 showcases a hydrodynamic body as what JAC refers to it. On the interior, one can see a digital combination instrument cluster, it uses a cold light source with a three-dimensional effect. ...

JAC is proud to present the JAC S2 Philippines under the subcompact crossover category. JAC is a proud Chinese crossover brand of vehicle. It has an appealing look, shiny interiors that showcases technology and dual color interiors. It has daytime running LED trapezoidal headlights. The headlamps go well with JAC’s trademark ‘mouth of the vase’ grille. It got its name because of the wide hexagon radiator grille. Inside the JAC S2 has a detail-designed element of comfort with the latest in technology. This is made possible because of the two-colored seat, dashboard and upholstered door panels, giving a youthful vibe ...

When it comes to quality and affordability, the JAC S3 does not disappoint. It is a bit bigger than the S2. It can accommodate 5 persons on its full leather seats with enough convenience. The size of the S3 is similar with its competitors the Ford EcoSport, Nissan Vitara and Juke, however the S3 has a bigger body compared to the mentioned competitors. The S3 has a hexagon grille that goes well with the whole front portion of the vehicle. The headlamps automatically switch on and off depending on the lighting outside. The triangle-shaped fog lights add character to the ...

The Philippine automotive scene is one of the most diverse markets out there. It’s like a melting pot of the various car manufacturing companies spread all over the world. Cars from Japan, for example, are all over the Philippines. But producers from other countries like China are now exporting their vehicles into the Philippine market like the JAC and their S7. The S7 was first introduced as a massive gasoline-powered SUV, the same time the company arrived in the Philippines. The S7 doesn’t have other variants, so customers are stuck with the base 2018 JAC S7. However, it isn’t bad ...

With the new T6, JAC intends to enter the highly-competitive pickup segment of the Philippines. The company is a Chinese state-owned brand that already has quite a collection of massive people carriers. Their entry to the Philippine market, the T6, is built with a capable engine and boasts a muscular front. Given that it is a pickup, the interior design is close to that of a sedan, making everyone comfortable. That body of the T6 is available in several color choices, including Brown, Silver, White, and Black. The T6 is a great vehicle fit for almost any terrain so you ...

What does JAC stand for?

What is the Ground Clearance of JAC S1?

The ground clearance of JAC S1 is 180mm.

What is the Power Output of JAC S1?

The JAC S1 delivers 99 hp of maximum power and 126 Nm of maximum torque.

JAC Philippines will introduce the X100 at the 2022 Manila International Auto Show. It’s a new light commercial vehicle for the local market.
The JAC S4's Ultimate variant comes with several high-tech features that are commonly seen in cars with a higher price point. 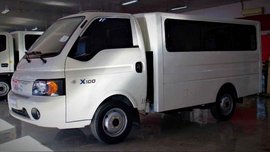 The brand calls it a “JAC-of-all-trades". 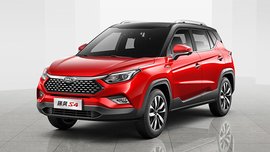