User's: 5.0/5
Before its official debut, let's take a look at the Kia Sorento 2020 Philippines Preview to learn more about this beastly vehicle.

Introduced initially in 2002 as a compact SUV, the Sorento, since 2009 has become Kia’s mid-size crossover SUV for their international markets. Last year, Kia sold 95,951 units of the said model in the United States and 52,325 units in South Korea.

Recently, Kia revealed the fourth-generation Sorento, a.k.a., the MQ4. It was supposed to debut at the 2020 Geneva Motor Show but then the Swiss government banned large events due to the spread of Covid-19. Many car enthusiasts were disappointed, but what are you gonna do?

Regardless of that though, the fact remains that many are excited about the 4th generation Kia Sorento 2020 as such, we have deemed it appropriate to give it a more thorough look. A deep pre-view of sorts. 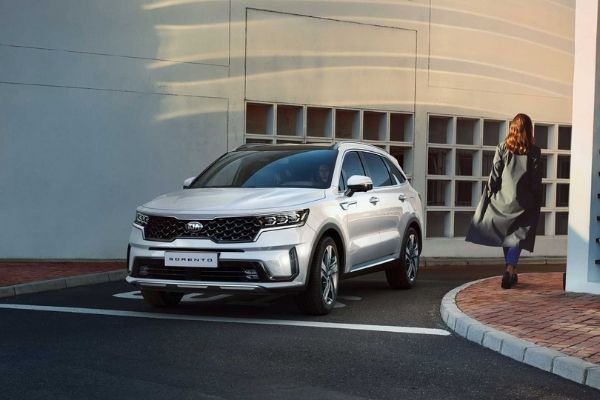 While the previous third-gen is bulbous, the new one is sleek and striking

So, if you like Kia made cars, then hold on to your britches because the new Sorento is one beastly vehicle. Let's check out in our Kia Sorento 2020 Philippines Preview!

While the current Kia Sorento is fairly contemporary, and the first-gen kind of…weird, the new, 4th-generation Sorento is definitely a leap. for Kia.

Why? Well for starters, this Kia Sorento model is a vast departure from the current one and it’s definitely bolder than the its smaller compact crossover brother, the Kia Sportage. From the front, the new 2020 Kia Sorento exterior prominently displays the company’s signature tiger-nose grille. In fact, the said grille outright dominates the entire front of the car but it does it in a way that doesn’t clash with the other parts like the LED headlight cluster. Instead, the grille actually fuses seamlessly with the lights and is lined with chrome just like the windows.

Towards the rear, the tail-lights now are now a pair of vertically oriented which are definitely sleeker than the current one’s wide clusters. 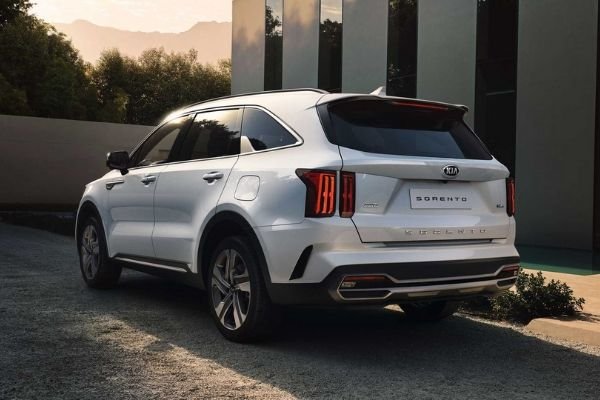 Gone with the wide and in with the sleek

In terms of proportions though, the upcoming 4th-generation Sorento is only around 10 mm longer in comparison to the current 3rd-gen. The wheelbase is also 35 mm longer.

As many auto journalists have observed, we can definitely say that the very high-tech and very futuristic 2020 Kia Sorento interior is a vast departure to the current one’s aging but otherwise still effective interior.

For the currently available 3rd-generation Sorento, the dash is a bit simple and if we consider the infotainment as the dashboard focal point, then some might even say that it looks “constricted.”

For the upcoming new model, the infotainment system is larger at 10-inches and it simply dominates the dashboard. Just look at it; 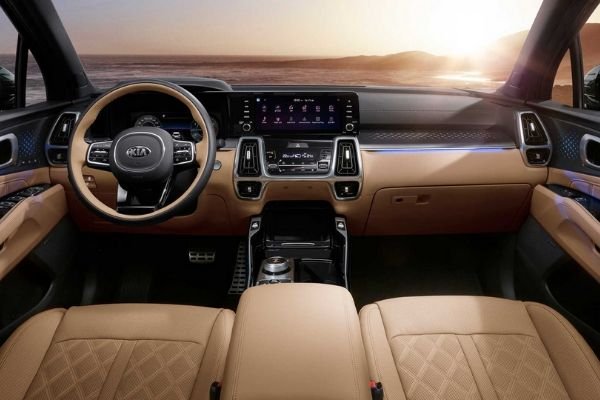 Very premium. Also, note the position of the infotainment system

As you can see above, it follows the current trend of “floating” infotainment systems. It appears to be more visible but still not that intrusive for a driver’s line of sight.

For a driver of the all-new Kia Sorento 2020, he/she will also get access to an equally large 12.3-inch digital instrument cluster. We can forget about a shifter though because what the Sorento has instead is a gear changing dial.

Some of us don’t like that. We understand however that it’s a growing trend among cars that many consumers are embracing because, for them, they might find it more convenient and easier to use.

Also, there’s a certain amount of novelty to using a dial instead of a shifter. That will quickly die out especially for those who are traditionalists/old-school guys. It doesn't have a "stick". Thumbs down for some but interesting for others

There’s also a smaller dial used to change into the Sorento’s driving modes.

Another thing that we greatly appreciate the Sorento’s dashboard is the physical buttons for the air-conditioning system. Sure, automatic climate control is high-tech but a good number of people will also appreciate tactile feel of actual knobs and buttons.

That’s also the same reason why some of us shudder when thinking of a future where all cars will have dials instead of gear shifters.

Apart from the number of comfort features found inside, the new Sorento will also come with several high-tech safety equipment.

There’s Kia’s first ever multi-collision braking system which automatically activates braking whenever the airbags are deployed, a self-parking function which is activated from the key-fob, and an adaptive cruise control system which functions in conjunction with the sat nav to adjust the vehicle’s speed.

Apart from those, we’re also very sure that the new Sorento will be getting the usual active safety feature fare like cross-traffic alert, a driver alert system, and many others. The 4th-gen Kia Sorento: The most high-tech Kia vehicle

Here is the price list of the current Kia Sorento 2019 that is available in the Philippines. Check out for your reference.

>>> Kia Sorento for sale on Philkotse

Overall, the new Kia Sorento looks like it is going to kick competing model ass. This is especially true now that more and more Chinese made models are dishing out very high-tech models with insanely low prices.

Note though that the Sorento will never be able to match the aggressive pricing of these Chinese models.

Couple to that is the spread of the Covid-19 virus which will inevitably delay the logistics needed to push out enough numbers to make this 4th-generation Sorento competitive. Note though that these are mere speculations so do take it with a grain of salt. Keep yourself up to speed on the latest car industry updates here on Philkotse.com.

ALTERNATIVE REVIEWS TO THE 2022 Kia Sorento