The Honda City comes to life as a subcompact car with an alluring look, a comfortable interior and a well-equipped package of features. It has been produced by the Japanese carmaker since 1981. Until now, the City has gained remarkable success in its time life.

In 2017, the Honda City’s cumulative sales has exceeded 3.6 million units in more than 60 countries all over the world. Especially, in India, the sales number reached 700,000 units, marking the sedan as one of the best-selling models in this market.

In the Philippines, the Honda City was introduced in April 2014 with 3 versions including the 1.5 E, VX and the VX+. Three years later, a facelift version was launched, adding daytime running lights and LED headlamps to the previous model. Ever since its release, the City has always been one of the hottest-selling vehicles among all Honda models.

In May 2017, a facelift of the Honda City was launched

As 2018 has nearly come to the end, it seems to be in time to welcome a new generation of this favorite sedan. But wait, the Japanese may want to challenge our patience as it is said that the all-new Honda City 2019 could be launched in 2020.

So what we have for now? Keep following and discover all clues about the next-gen Honda City at present.

Some renderings of the new 2019 Honda City have been surfaced online, giving a hint of how the upcoming Honda City 2019 Philippines could look like. Accordingly, the City 2019’s front and rear fascia will likely be inspired by the Honda Insight Prototype that discloses the next-gen Honda Insight 2019.

The front fascia comes adorned with signature “flying wheel” chrome grille, a fresh hexagonal upper grille highlighted by horizontal slats, plus low-profile LED DRLs headlights which are more elegant than the current model’s. The new bumper also gets small air vents on the sides, placed under the LED fog lamps. 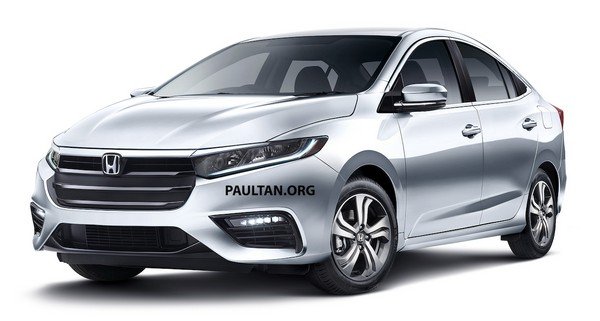 Moving to the side, the rendering unveils a simpler design with less creases and sculpting, along with more sizable mirror decorated with integrated turn indicators and chrome trim. 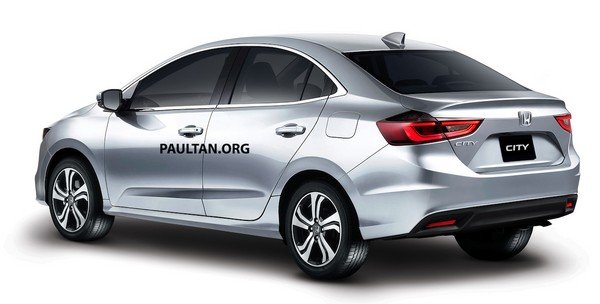 Inside, the cabin is expected to be armed with a new Digipad touchscreen infotainment system including Android Auto and Apple CarPlay, both of which are not seen in the ongoing model.

According to the latest car news, the serious rival of the City - the Suzuki Ciaz is now offered mild hybrid technology in diesel and petrol versions, dubbed SHVS. This tech includes an additional battery (a Lithium-ion battery for the Ciaz) storing energy from regenerative braking and supporting the acceleration thereby decreasing the engine’s load.

This makes the Ciaz be able to offer best-in-class fuel efficiency - a title that has belonged to the ongoing City since 2014. However, it seems that the carmaker will not equip the City with this new technology. Let's just wait and see! In the meantime, you might want to look into the current Honda City via our in-depth review and be well-prepared to spot out the differences as soon as the all-new version comes up!

The 2019 Honda City engines are also expected get an improvement. It is said that Honda will update the current engines to meet BS6 emission standards. A diesel mill will continue to be offered on the City 2019 although this kind of engine’s sales showed a significant decrease in the recent years.

Compared to the 50% of 2014 sales figure, diesel versions of the City currently only take roughly 16%. The Japanese carmaker has decided to add an option of CVT besides the six-speed manual transmission in an effort to rectify the situation. 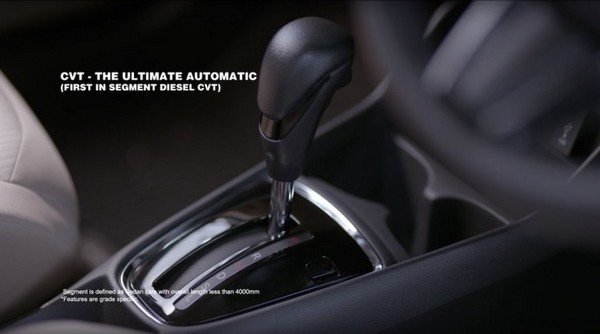 The next-gen Honda City 2019 model could be powered by a 1.5L i-VTEC petrol mill producing 117 hp and 145 Nm of torque, along with a 1.5L i-DTEC diesel powertrain which is capable of cranking out 98 hp and 200 Nm of torque. The diesel mill is expected to be greatly strengthened for a less noisy cabin.

Besides, after 2020, Honda will add a hybrid engine likely including an 1.5L petrol and an electric engine.

According to the latest Honda City price Philippines, the current offerings will set you back from P828k to P1,059k. Given that all these exciting features will be equipped for the next-gen City, how much do you think it will be priced at? Let us know in the comment section below!

In the meantime of waiting for the next-gen City to hit our shores, let's take a look into a litmited-run edition recently added to the regular Honda City lineup - the Honda City Sport 2019 which was revealed in the local market in August. The City Sport features a special body kit, plus the “Sport Edition” emblem on the body, earning it a sportier look.

It comes equipped with 15’’ alloy wheels, revealing that it is developed from the most basic, E grade of the regular City. Compared to the E grade, one of the most significant differences in the City Sport interior is that the special version’s audio system consists of 4 speakers and 2 tweeters. 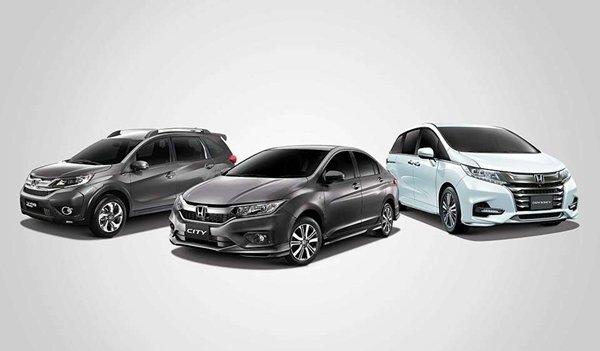 In terms of engine equipment, the Honda City Sport 2019 gets no update. It comes with a standard 1.5L naturally aspirated 4-cylinder i-VTEC powertrain which can dole out 118 hp and 145 Nm of torque, works with a CVT.

Despite being a limited edition variant, the City Sport isn’t reported to get exactly how many units in its range. This distinctive model is priced at P1,058,000. For the latest prices of all 2018 models, please refer to our Honda City 2018 for sale section.

As mentioned at the beginning of this post, the Honda City hit the auto market in 2013 and was given a nip and tuck three years later in early 2017. Isn't it just about time to hope for an all-new generation with significant updates inside and out?

At present, we still cannot tell the exact release date of the next-gen 2019 Honda City Philippines yet. However, all you can do by now is to bookmark this page and stay tuned with Philkotse.com as we promise to bring up the latest news about this flagship sedan from Honda!

ALTERNATIVE REVIEWS TO THE 2021 Honda City