Sedan has no rear wiper, fault of design or manufacture?

When you notice there's no rear wiper on your sedan, should you sue the factory for its faulty product?

According to general auto standards, cars must be equipped with rear wipers. However, you may suddenly realize the fact that there's no wiper at the back window on your car. Don't freak out! Philkotse.com will explain why there's no need to have a rear wiper on your sedan.

In fact, almost all other car body types from SUVs, CUVs and hatchbacks are all equipped with a rear wiper due to their short design of the rear end. In this case, there is not much space for dirt to deposit except for on the rear glass. In rainy weather, rear wipers play a cucial role in removing dirt and cleaning your window. On the contrary, for larger sedan models, the larger and longer trunk will help protect the dirt from accumulating in the rear window. Therefore, it is unnecessary to have a rear wiper for this type of vehicles. 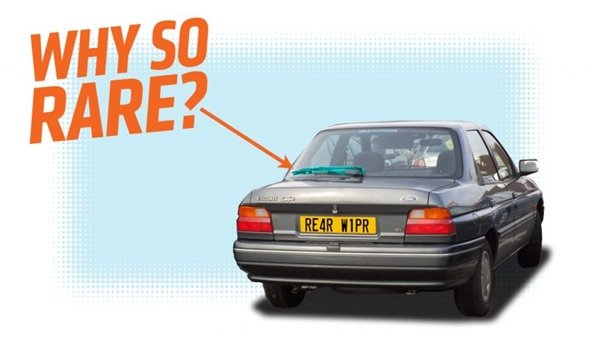 Why sedans usually do not have a rear wiper?

Moreover, in terms of design and aerodynamics, when a car runs at a high speed, there is a turbulent airflow at the rear end. However, it is not easy for dust to deposit on the rear glass surface of the sedan which is quite far from the sedan tailgate. It can only stick to the license plate area. In addition, car manufacturers often add a spoiler (fish tail) to limit the rear turbulent airflow and lift the car tailgate. SUVs, CUVs and hatchbacks are all equipped with a rear wiper to clean the glass

For SUV models, the straight rear tail would be easy to get dirty; therefore, they must have a rear wiper. When running, the rear windows should also be closed to prevent the airflow from swirling the toxic exhaust into the cabin. According to experienced car users, you can install a spoiler to minimize the turbulent airflow to get dirt into your car.

Finally, the rear wiper of SUVs, CUVs and hatchbacks will be mounted on the metal part of the rear door, while the glass is on the top. In other words, they are only one part. As for the sedan, the rear glass of the car body is separated from the rear trunk. That means sedan models do not necessarily have wiper at the back.

In a nutshell, it is absolutely not factory's fault when lacking this gadget in building sedans but only our lack of knowledge is there to blame.