A duel between two subcompact crossovers.

The Philippines crossover market is, without a doubt, one of the most competitive. In recent years, various carmakers have introduced their own entries to this segment, and they have generally been met with positive feedback by car buyers.

For Toyota, it is going into the subcompact crossover segment in 2022 with a bang through its introduction of the Raize. Kia, on the other hand, has already brought in the youthful-looking Stonic back in 2021.

So, which of these two crossovers are better specs-wise? Let’s find out by comparing the range-topping Toyota Raize 1.0-liter Turbo CVT against the top-spec Kia Stonic EX 1.4 AT. The model from Kia is definitely longer than the Toyota crossover. It is also wider and has a much longer wheelbase, but the Raize is taller. Then again, the Toyota offers a bit more ground clearance than the Kia model.

For exterior equipment, both top-spec variants of the Toyota Raize and Kia Stonic come standard with front foglamps, LED daytime running lamps, and LED taillights. The Toyota model does provide LED headlamps though, which the Kia model lacks. In turn, the Kia Stonic EX does come with roof rails, which are absent on the Raize. The Toyota Raize 1.0 Turbo then features power-folding side mirrors, as well as a set of 17-inch wheels. Meanwhile, the Kia Stonic EX only has power-adjustable side mirrors and a set of smaller 16-inch alloy wheels.

Both the range-topping Raize 1.0 Turbo and the top-spec Stonic EX also come with a two-tone paint job.

As with most subcompact crossovers in the market today, both the Toyota Raize and the Kia Stonic can offer ample space for up to five occupants. As for cargo, the Stonic can carry up to 352 liters with the seats up, while the Raize offers 369 liters of default cargo space.

Moving on to amenities, both the top-spec Raize 1.0 Turbo and the Stonic EX come with automatic air-conditioning. Both also offer leather seats, a push-to-start button, and a manually adjustable driver’s seat. Inside the Toyota Raize

The Toyota Raize 1.0 Turbo uses a digital gauge cluster, while the Stonic EX gets a more conventional analog gauge cluster with multi-information display at the center.

For entertainment, the Toyota Raize 1.0 Turbo is kitted out with a nine-inch touchscreen with Apple CarPlay and Android Auto. It is then linked to a six-piece speaker system. The Kia Stonic EX meanwhile, gets a slightly smaller eight-inch touchscreen that also has Apple CarPlay and Android Auto. It is also connected to a six-piece speaker system.

Under the hood, the Toyota Raize 1.0 Turbo CVT uses a 1.0-liter inline-3 turbocharged gasoline engine. At maximum, it can generate up to 97 horsepower and 140 Nm of torque. Power is then sent to its front wheels using a continuously variable transmission (CVT) with paddle shifters. Of note, lower Raize trims like the E and the G come standard with a naturally-aspirated 1.2-liter engine, which can make 87 horsepower and 113 Nm of torque. The Raize G also uses a CVT, while the Raize E can come with either a CVT or a five-speed manual gearbox.

For the Kia Stonic, all of its variants use a 1.4-liter inline-4 gasoline engine that can generate up to 97 horsepower for the trims that use a six-speed automatic transmission. For the five-speed manual, it makes 94 horsepower.

On all Stonic trims, its four-banger makes 132 Nm of torque, and all assume a front-wheel-drive layout. The Stonic also comes with a manual mode for its tranny, but it is controlled using a gear lever.

To sum it up, the Raize turbo’s smaller inline-3 is a match against the Stonic’s larger 1.4-liter inline-4 engine when it comes to horsepower. For torque though, the Raize’s turbocharged model can produce a fair bit more. Then again, the 1.2-liter Raize’s variants lag a bit behind the Kia model’s engine. For suspensions, both the Toyota Raize and the Kia Stonic use a MacPherson strut for the front, and a torsion beam for the rear. For braking, both use front disc brakes. The rear brakes on the Raize, however, are drums while the ones on the Stonic EX are discs.

Both then use hand-operated manual parking brakes.

The top-of-the-line Raize, however, does have six airbags while the Stonic EX is kitted out with two. The Raize 1.0 Turbo also features several driver-assist tech that are absent on the Stonic EX. These include blind-sport monitoring and rear-cross traffic alert.

When compared in terms of on-board features, the Toyota Raize 1.0 Turbo CVT offers a whole lot more than the Kia Stonic EX 1.4 AT. This however, comes at a price since the said Toyota model has a significantly more expensive top-spec variant. If safety is a primary concern for you though, you might want to lean more towards the Raize. Do you like how the Toyota Raize looks from the rear?

Both top-spec trims of the Raize and the Stonic are more or less a match in terms of power output. Then again, the Raize might feel sportier due to having paddle shifters, as well as providing slightly more torque.

To conclude, both are great vehicles when it comes to balancing out price and features. The Raize has more which translates to a slightly higher price tag, whereas the Stonic is more affordable, but it has less features. Or do you prefer the Kia Stonic's rear end?

If you’re keen to get either of these two though, we urge you to take each of them out for a test drive.

For more car comparisons like this, keep it here on the Philippine’s largest automotive portal. 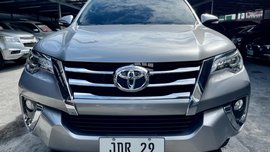 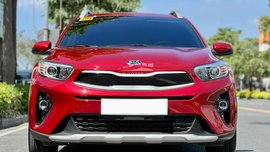