Both are stylish and modern, but which one’s better on paper?

As we’ve said time and time again, crossovers are the new hotness in the global automotive industry. This of course is also true here in the local setting. In fact, Chevrolet even streamlined its model lineup by dropping its midsize SUV and pickup truck while bringing in the new Tracker subcompact crossover for the local market.

But how do the Chevrolet Tracker’s specs compare to the popular Geely Coolray? To answer that, let’s find out by pitting its top-spec Tracker LT Redline Edition variant against the top-spec Coolray Sport. Which of these two has the better specs? Let's find out In summary, the Tracker is slightly shorter and narrower than the Coolray. Then again it is taller than the Chinese vehicle. The Geely model however has a longer wheelbase and more in the way of ground clearance. 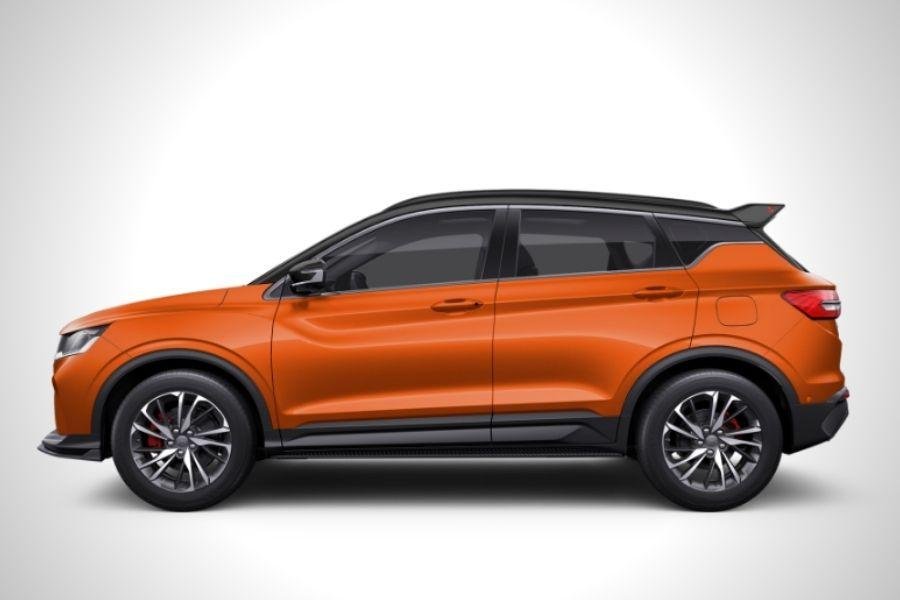 Which crossover looks better from the side? Is it the Coolray (left)? Or the Tracker (right)?

The difference between the two top-spec variants is that the Geely uses a larger set of 18-inch alloy wheels, whereas the Chevy model uses a 17-inch set. In turn, the Tracker gets roof rails that are absent on the Coolray.

Inside, both the Coolray Sport and Tracker LT Redline Edition can comfortably seat up to five. Both are also kitted out with automatic air-conditioning, leather seats, a sunroof, and a push-to-start button. Inside the Geely Coolray

The Geely Sport however offers several driver amenities that are not available on the top-spec Tracker. These include a digital gauge cluster, cruise control, a tilt-and-telescopic steering wheel, and an electronically adjustable driver’s seat.

For entertainment, the Geely Coolray comes standard with a 10.25-inch touchscreen while the Chevrolet Tracker has an eight-inch touchscreen. Both have Bluetooth and USB connectivity, but only the Tracker’s head unit has Apple CarPlay. The one on the Coolray meanwhile has the QD Link smartphone mirroring Software. Whilst larger, the head unit on the Coolray only gets four speakers. The Tracker on the other hand has more speakers numbering at six.

For engines, all Coolray variants use a turbocharged 1.5-liter inline-3 gasoline mill. At most, this engine can produce up to 177 horsepower and 255 Nm of torque. Power is then sent to the front wheels via a seven-speed wet-type dual-clutch automatic transmission (DCT). Which rear end do you prefer? Is it the Coolray's?

On the other side of the coin, the Chevrolet Tracker is propelled by a 1.0-liter inline-3 gasoline engine. This engine can make up to 116 horsepower and 175 Nm of torque and like the Coolray, it is also using a front-engine, front-wheel-drive layout, though it uses a more conventional six-speed automatic transmission.

While both are turbocharged inline-3 engines, it is clear to see that the Coolray makes significantly more horsepower and torque than the Chevrolet Tracker. For that matter, it is still one of the most powerful Crossovers in its class. Or do you prefer the look of the Chevrolet Tracker's rear?

For suspensions, both the Coolray and the Tracker uses a MacPherson strut for their front end. For the rear, the Geely model has a torsion beam type suspension. The Tracker meanwhile uses a compound crank rear axle.

Braking for both models is handled by disc brakes for all four of their wheels. Then again, the Coolray uses an electronic parking brake with an auto-hold function. The Tracker in turn uses a hand-operated manual parking brake.

The Geely model however has six airbags, whereas the Chevrolet crossover only has four. On top of that, the Coolray Sport also gets an active parking assist feature. This means that it can essentially park itself. The Tracker, in turn, lacks the aforementioned feature.

As one can see from the price list, the Coolray Sport undercuts the Tracker LT Redline Edition. That’s despite the fact that the top-of-the-line Geely crossover has more tech and safety than the top-spec Chevy Tracker. Specifically, we’re talking about its automatic parking assist feature and the fact that it has more airbags. The Coolray's trunk has a default capacity of 330-liters

Moreover, the Coolray, at least on paper, is also the clear winner in terms of pure power alone. So if that’s your main concern in buying a crossover, you’ll want to lean more towards the Geely. The Chevrolet Tracker's default trunk capacity clocks in at 390-liters

So, have you made your pick from the specs comparison? If you did, we still urge you to test drive these two vehicles and form a more concrete opinion yourself. It’s your money after all. 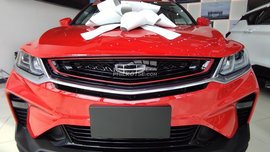 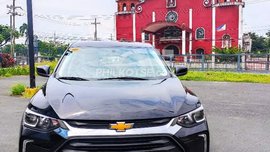 2021 Chevrolet Tracker LS 1.0T AT for sale at low downpayment