Analyze the Chevrolet Trailblazer 2018 Philippines through our full review in terms of price, specs, interior, exterior, performance and pros & cons. The facelift version’s shape is appealing, to be honest. Now we see a bolder and more aggressive Trailblazer. To cite an instance, the new split bar grille is now flanked by new headlights, reminding us about what of a typical Chevy truck. The bumper corners, meanwhile, is dominated by massive faux air intakes which exudes a more sculptural appearance. Mostly, the front fascia is obviously Chevy without second thoughts.

Figure of the pre-facelift version, by some means or other, still exists on the side and at the rear car. The taillights are old, but more rugged look is demonstrated in prominent shoulder lines. Nonetheless, if only the Z71 graphics disappeared, the rear facet would be more subtle. Not only carrying over the outer, the modifications continue to make the inside miles better than the previous Trailblazer with an adaption of the US-mode Colorado pickup layout. Correspondingly, there is a big leap on the topic of ergonomics and design in the Chevrolet Trailblazer 2018 interior, from the dash to door panels.

Below the infotainment screen, the dainty circular automatic climate control housing has presently made room for a slim marked panel. Further, window switches, revised door cards and side mirror adjusters are more user-friendly in 2018 model year. Other than that, the new instrument cluster is sharper and more legible with soft, white glow. The brand’s signature MyLink infotainment system is also refurbished: more well-oraganized and easier to reach. Also, it supports Apple CarPlay/Android Auto and even, satellite navigation system. 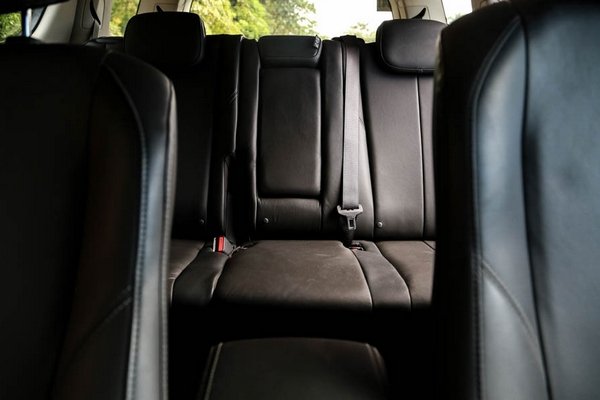 The cabin’s ambience is added by more soft-touch materials in door panels and the dash whose design gives the front fascia a bolder and more modern look.

Most of things here are new but for the steering wheel. That said, if you blindfold a pre-facelift Chevy Trailblazer owner, they might not realize they’re touching the swithces, buttons and panels of their car’s steering wheel. The 2018 Trailblazer still runs the same 2.8L Duramax turbo diesel engine as the predecessor. In the new Trailblazer, the mill remains powerful with 200 PS and a max torque of 500 Nm, coming paired to a 6-speed automatic gearbox and an electronically-controlled 4WD system. These figures make it the most powerful player in its class.

Sitting inside the SUV is not very comfortable. In defiance of an array of adjustability offered by the power seatsm, a touch more lumbar support is of the essence. In actual fact, softer seats would definitely bring occupants comfort, especially during long trips. Even better, how about an adjustable steering wheel?

The US car manufacturer has managed to enhance the Trailblazer’s handling, to tell the truth. Previously, driving a pre-facelift felt downright heavy; however, for now, the  2018 model features an electronic power steering system (EPS) for much easier steering. In the meantime, the system feels consistent and steering reactions are responsive. Not only performing excellently around town, the Trailblazer approves that it’s a brilliant cruiser on highway roads. Suspension has not been tuned up though, the steering shows sign of being far better than the old version. 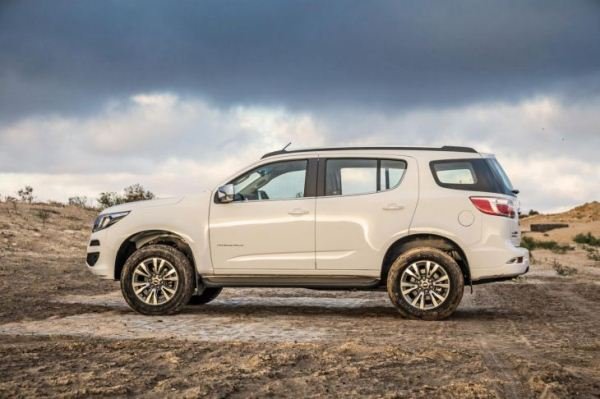 Being a range-topping, the Z71 is coddled with stability control, traction control as well as a raft of airbags. Beyond that, driver assists can definitely help you avoid incidents while forward collision warning (FCW) is helpful at night. In addition, rear cross traffic alert, blind spot monitoring and lane departure warning are fully furnished in this protective guy.

5. Chevrolet Trailblazer 2018 Price in the Philippines

In brief, the Chevy’s PPV is awesome in terms of comfort, ride and handling, not to mention its handsome look. So, if you are in the market for a PPV, take this fellow into consideration. Free from doubt, the facelifted Trailblazer can confidently take the fight to any rivals in the PPV market today. 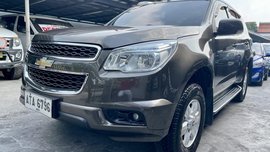