2018 Hyundai Tucson GLS vs GL variant: Which to buy?

We take a look at this handsome compact crossover & give a full-scale comparison review for the 2018 Hyundai Tucson GLS vs GL.

A Philkotse reader sent in some questions regarding the Hyundai Tucson GLS vs GL:

I have a question regarding the 2018 Hyundai Tucson GLS and GL variants. I hope you can help me since I’m planning to purchase one of them.

As I visited and checked the units at the dealership, there are some differences between these two types. But when I looked them up in the internet, I noticed that some models have a sunroof and other options which are unavailable here.

Okay, let me just start by saying that the Hyundai Tucson has certainly gone quite a long way from the stubby, boxy vehicle introduced some 14 years ago. Named after the city of Tucson, in the state of Arizona, the first-generation shared its Elantra-based platform with the Kia Sportage.

Back then, the premium was on passenger capacity, so the early Tucsons possessed a less-than-impressive cargo hold. The rear seats, however, could be folded down flat in case you wanted to carry more of your stuff. And while the design doesn’t look much by today’s standards, the first-generation Tucson earned stellar marks in terms of crash safety.

The second generation was a big step up in terms of aesthetics. The compact dimensions were still there, but this time it was sexier, with coupe-inspired lines; Hyundai calls this “fluidic sculpture”, and it was practically a delight to have your eyes dance along the Gen 2 Tucson’s surface, taking in every fold and curve as it cruised past. Pop culture fans will recognize this version as having played a prominent role in the first season of The Walking Dead series.

The third generation is currently the one on offer in various markets, having been introduced in 2016. It’s longer and wider, likely due to the need for increased passenger legroom as well as cargo volume. The youthful, sporty looks on the previous version have seemingly been tempered by a more mature (but no less visually striking) design, which now resembles the Santa Fe more closely. More importantly, this generation marked an important change by being the first to use the Tucson name across all markets, in contrast with its previous iterations. In the Philippines, there are two variants of the Tucson being sold: the base model GL and the top-spec GLS. We go over the various differences of 2018 Hyundai Tucson GLS vs GL.

Both the Tucson’s GL and GLS share the same sporty-yet-elegant appearance dubbed Fluidic Sculpture 2.0, with swept-back projector headlights, muscular fender flares, and sophisticated-looking LED tail lamps. The A-pillar is now slightly more raked back, and some tweaked design enhancements reportedly give the Tucson an aerodynamic drag coefficient of 0.33 Cd, despite the slight increase in its dimensions. Roof rails are standard on the GLS. 18-inch alloys for the GLS variant The GL, being the more value-oriented variant, doesn’t come with foglights and front/rear mudguards that are offered on the GLS. The large hexagonal grille is adorned with slats colored in matte silver, as opposed to chrome ones on the more premium sibling. It also runs on 17-inch alloy wheels, compared to 18-inchers on the top-spec unit. Out back, the GL is further differentiated by the lack of a rear spoiler, and the use of a single exhaust tailpipe in contrast to the dual configuration on the GLS. 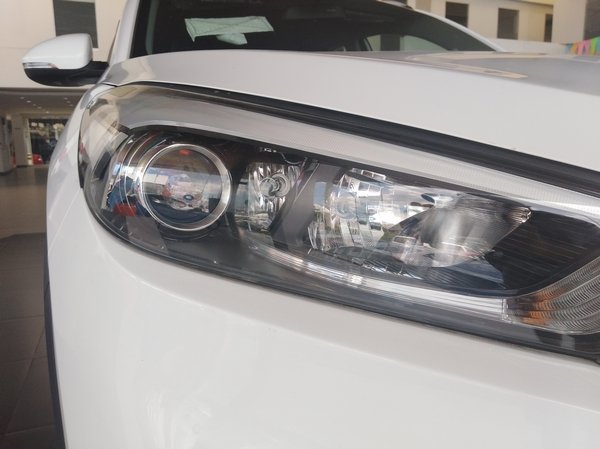 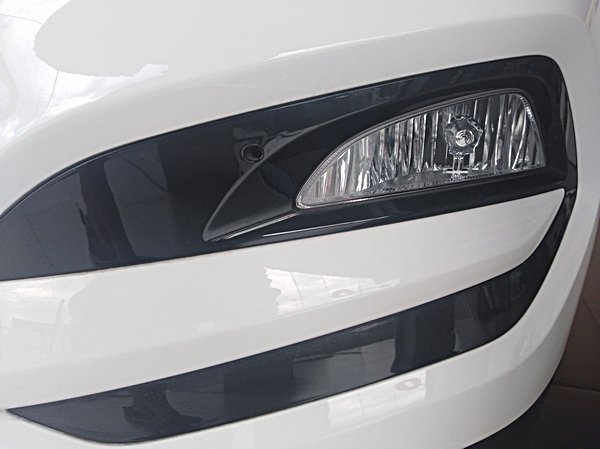 Foglights on the GLS 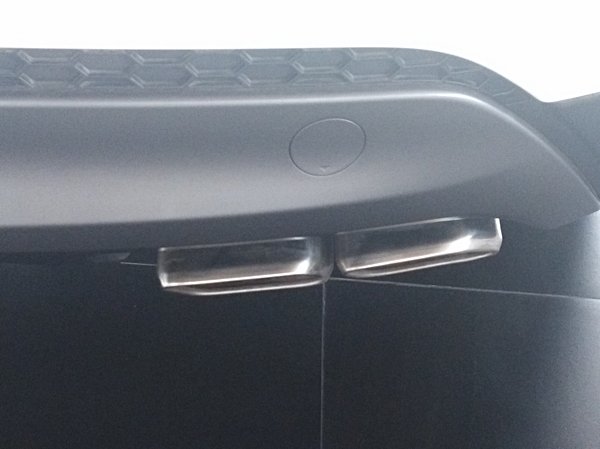 Dual tailpipes on the GLS

The Hyundai Tucson GLS and GL have near-identical interiors that are roomy for both passengers and cargo, yet there are several differences in terms of convenience features. 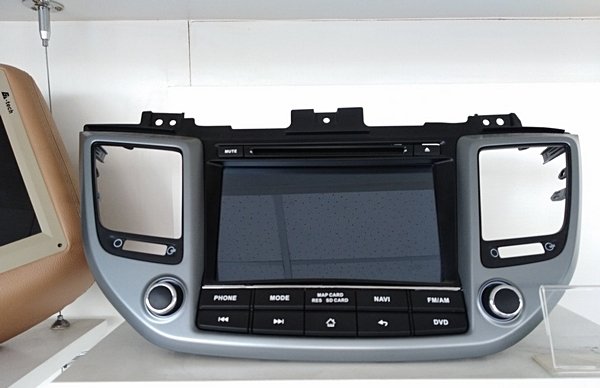 Touchscreen upgrade for the 2018 Tucson

Dashboard area of the Tucson

For one thing, the GLS comes with a leather-clad steering wheel over the GL’s polyurethane tiller, with the added benefit of audio and Bluetooth controls. For driver comfort, the GL uses a manually-adjustable seat, while the GLS offers 8-way power adjustment with 2-way lumbar support, which can also be extended as an option for the front passenger. 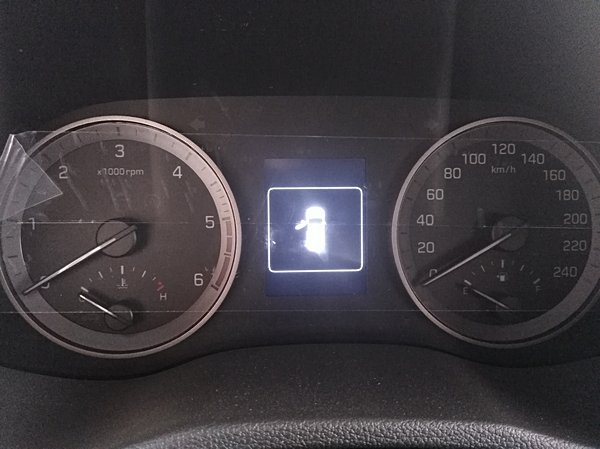 A 3.5-inch mono LED display flanked by the speedometer and tachometer 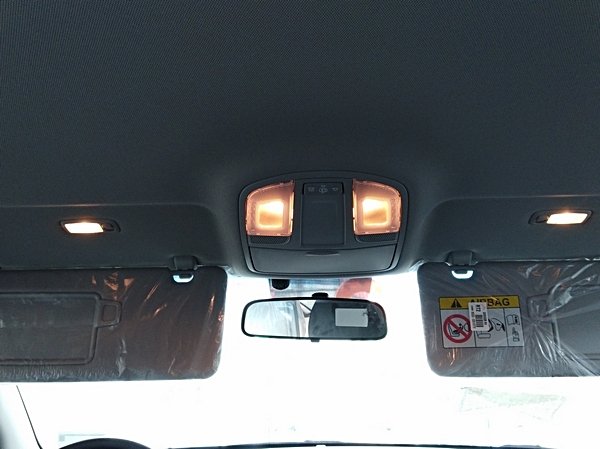 Both Hyundai Tucson GLS and GL are equipped with map lights and a sunglass case just above the rear-view mirror, but the GLS one-ups this with smaller individual lamps for both driver and front passenger, nestled under the sun visors. Cupholders are standard across the range, but if actually keeping your drinks cool during summer drives sounds appealing, the glovebox on the GLS comes with its own cooling vent as well as interior light, so you won’t need to fumble around in the dark. The added ventilation extends to the rear passengers, as the GLS offers rear vents mounted on the center console near the floor. 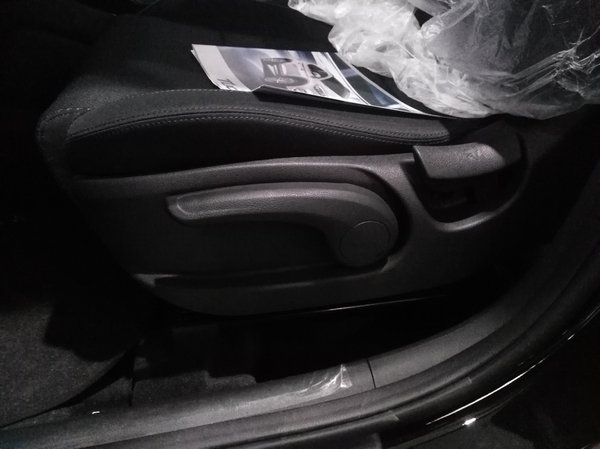 Beyond the second row seats, both variants offer an identical amount of space for cargo, a handy thing for when taking the family out shopping or on a weekend trip, with the 60/40 split fold seats capable of folding almost flat to accommodate more when necessary. The GLS, however, offers a removable roll-out screen for your belongings that can be mounted either high or low at the back. The automatic rear hatch feature is available on the GLS as well, while access to the GL’s rear is a manual affair. Both have full-size spare tires, accessible underneath the floor. Glovebox with illumination and cooling vent on the GLS Front console on the GLS. Note the drive mode and DBC buttons beside the cupholders.

The Hyundai Tucson GL 2018 comes in both gasoline and diesel flavors, the former mated to either a six-speed manual transmission or a six-speed H-matic gearbox, and the latter exclusively teaming up with the auto transmission, much like the setup on the GLS. 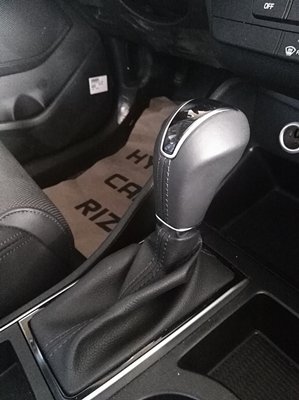 The Tucson’s gasoline powerplant is a naturally-aspirated 2.0L Nu engine with multi-point injection compliant with Euro 4 standards, capable of 152 hp and 192 Nm of torque at 4000 rpm. The R-type 2.0L CRDi mill, on the other hand, uses an electric variable geometry turbo (e-VGT) to churn out 182 hp and a monster low-range 402 Nm of torque at 1750 rpm.

Unlike in other markets, the Gen 3 Hyundai Tucson 2018 is currently sold in the Philippines as a 2WD (FF) model. Still, it comes with several features that manage to add a measure of confidence to the overall driving experience.

Both the Hyundai Tucson GL and GLS offer four-wheel antilock disc brakes with Electronic Brakeforce Distribution that modulates and applies the necessary brake pressure according to vehicle load. However, the GLS comes with Electronic Stability Control (ESC) that works in concert with two features: Hill-start Assist Control (HAC) which briefly engages the brakes to prevent the Tucson from rolling down when starting the engine on an upward incline, and Downhill Brake Control (DBC) that automatically engages the brakes on steep descents. 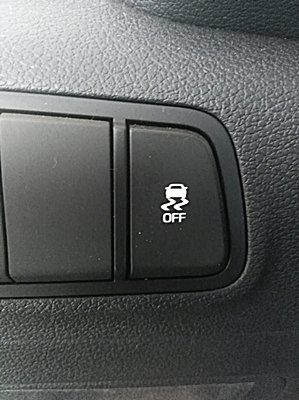 The GLS also comes with an array of four parking sensors mounted along the length of the rear bumper, providing an audible alarm when the vehicle gets too close to an obstruction when backing up. And while both the GL and GLS benefit from the Tucson’s improved crash safety cell composed of high-strength steel, the latter also offers dual front airbags for improved occupant protection.

I noticed that some models have a sunroof and other options which are unavailable here.

Now, although the Tucson is a global model, there are certain features available in other markets that don’t necessarily make their way here, at least for the officially released domestic units.

The sunroof, unfortunately, is one of them; it’s one of those features that you just can’t have installed without voiding the official warranty, which stands at 5 years with unlimited mileage. If you’re really hankering for a sunroof, you might have better luck with a gray market unit, that could run up to several hundred thousand pesos more than the locally-available ones.

Same thing with the seven-speed dual clutch transmission and seven airbags, all of which are not available for the Philippine market.

Is the GL variant worth buying although it has fewer options compared to the GLS?

The simple answer is: it depends on your budget, your needs and your preferences. The GLS is certainly the more dressed-up version, but you’ll need to decide if the price is something you can swallow; at P1,715,000, it’s nearly 400k more expensive than the GL CRDi (an even pricier option is the GLS 4WD variant, topping out at P2.1 million).

You might want to ask yourself though, if some of the toys are necessary for your purposes. Some people might prefer the GL’s conventional engine start key, for instance, rather than the push-button affair on the GLS. And I found the electronic driver seat adjustment on the GLS a little too slow for my tastes, whereas the manual adjustment is faster and more straightforward, apart from draining zero power from the battery. Both the GL and the GLS use a standard 3.8-inch in-dash entertainment system with monochrome LCD. Of course, traffic being what it is in Manila, having onboard navigation helps in enduring the daily drive. That’s why Hyundai is offering a touchscreen upgrade, complete with Android OS and offline maps; prices range from P44,000 to P68,000.

Again, it’s entirely up to you. The 2017 Hyundai Tucson GLS doesn’t offer any distinct advantage over the 2018 Hyundai Tucson GL since they’re both under the same generation anyway. Probably the only advantage of the 2017 GLS is in terms of price; if you get lucky, you might be able to buy a fresh one at the dealership at a significant discount off the sticker price.

Which is better for driving in Manila, the diesel or the gasoline variant?

Well, the obvious answer would be a diesel, primarily because of the aforementioned traffic. Diesel engines don’t use up as much fuel at idling as gasoline ones do, which is great for fuel economy, and diesel fuel is still relatively cheaper at the pumps, although the acquisition price for a diesel model is considerably higher. You may want to be careful where you fill up when driving a diesel, though; CRDi engines use a high-pressure fuel delivery system, which means that it is susceptible to impurities that can clog it, compromising performance and efficiency. Remember, replacement injectors for CRDi engines don’t come cheap.

>>> Read more: Pros & cons of buying diesel vs gasoline cars in the Philippines

Whichever you choose, the Tucson’s array of features and amenities certainly help it hold its own against similar offerings on the road. It’s family-friendly without having to look the part, which means that it doesn’t cramp your personal style when you drive solo. The 2018 Hyundai Tucson is a smart choice for a compact crossover SUV budget.

>>> The Hyundai Tucson also makes it to the list of: 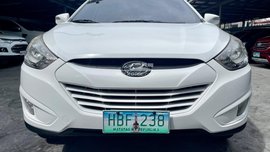