Which 2021 Volkswagen T-Cross variant should you buy? [Comparison Guide]

Volkswagen Philippines’ latest addition to its model lineup is the all-new T-Cross subcompact crossover. So, if you’re in the market for a crossover, you might be considering this model from the German marque. This new model has two variants for the Philippine market: the entry-level T-Cross S, and the top-spec T-Cross SE.  So, to guide prospective buyers, we’ll be pointing out just how different these two are from each other. The new T-Cross from the side

As far as exterior equipment, both are equipped with a rear fog lamp, electronic side mirrors with side turn lamps, roof rails, and a rear spoiler. The top-spec SE however does have LED headlamps, whereas the S only comes with a pair of halogens. Also, the higher-spec variant uses a set of 17-inch alloys, while the S rides on a smaller 16-inch set.

Other features available on the SE that are absent on the lower-spec S include daytime running lamps, front fog lamps, and a panoramic sunroof. A closer look at the T-Cross' rear end

Lastly, the S variant only has two available colors: Chinchilla Gray and Polar White. The SE meanwhile, can come in those two aforementioned colors, as well as Syringa Violet, Tribu Yellow, and Romance Red.

As a five-door subcompact crossover, both the T-Cross SE and S can comfortably seat up to five occupants including the driver. Both also come with 12-volt accessory outlets, manually adjustable driver and front passenger seats, a four-piece speaker system, a multi-function steering wheel, and cruise control. The T-Cross is colorful on the inside too

To keep its occupants cool, both variants come standard with a manual air-conditioning system. The SE comes with rear vents, while the S does not.

Moreover, the top-spec SE features a different touchscreen headunit. While the S is fitted with an eight-inch unit, the higher-spec variant gets a 9.2-inch unit. Both however, are capable of connecting to smartphones via Apple CarPlay, MirrorLink, Bluetooth, Aux-in, or USB. Other interior features that are standard on the top-spec SE but are not present on the S are the following: a push to start button, ambient lighting, and an LED reading light. The SE also comes with leather and fabric seats, while the S only has fabric seats.

Powering both variants of the T-Cross is a 1.5-liter gasoline engine. At most, it can make up to 113 horsepower and 145 Nm of torque. Power is sent to its front wheels via a six-speed automatic transmission. 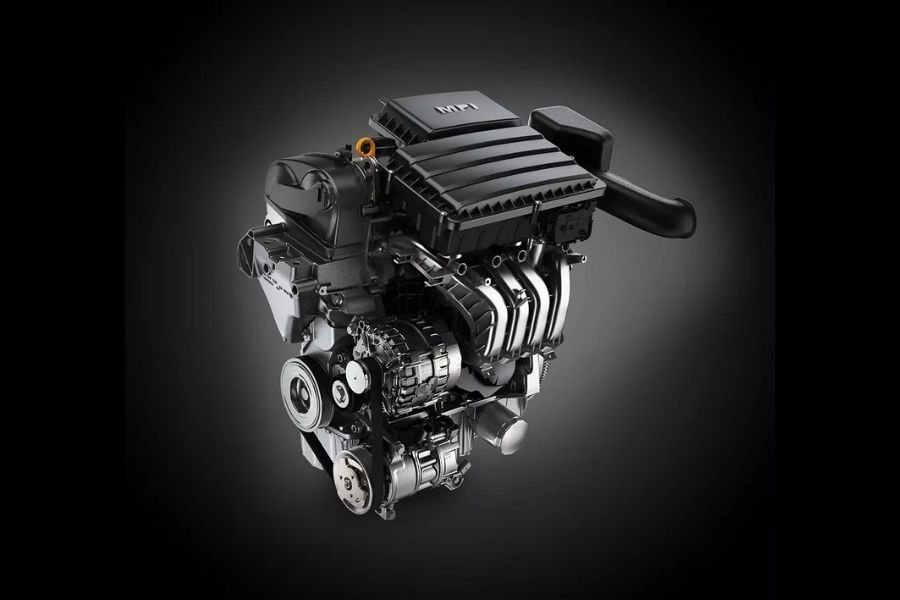 Both variants are propelled by a 1.5-liter inline-4 gasoline engine

Standard on the T-Cross is a MacPherson strut type front suspension and a composite torsion beam semi-independent rear suspension. Both variants also use disc brakes for both rear and front wheels.

The top-spec SE however has more airbags than the S trim. It comes standard with driver and front passenger side airbags, as well as head curtain airbags. Also, parking it can be easier thanks to its rear camera. Lastly, the SE also has an autonomous emergency braking system.

To conclude, the biggest difference between the T-Cross SE and the T-Cross S is their safety kits. The top-spec SE might be better at keeping its occupants safe in the event of a crash as it comes with side and curtain airbags that the S variant lacks. Parking will also be easier thanks to its reverse camera, and it will provide more forward visibility since it comes with LED headlamps, as well as front fog lamps. On top of that, it also has automatic emergency braking, which can be useful in the chaotic traffic common in major Philippine cities. When it comes to the model’s mechanical bits and infotainment system though, there aren’t many differences. They use the same 1.5-liter mill, and the same brake and suspension setup as well. Sure, the SE’s touchscreen unit is a bit larger, but it's only a one-inch difference.

Did this help you differentiate the Volkswagen T-Cross SE from the T-Cross S? If it did, read more car buying and selling guides here on Philkotse.com.

Under the hood of the Volkswagen T-Cross is a 1.5-liter inline-4 gasoline engine that can make 111 horsepower and 145 Nm of torque. The said engine is then paired with a six-speed automatic gearbox, which sends power to its front wheels.

Locally, the Volkswagen T-Cross competes against the likes of the Toyota Raize, Kia Seltos, MG ZS, Geely Coolray, Honda HR-V, among others.