The Toyota Starlet was one of the most iconic vehicles in the late 70s to early 80s. It was known as a budget ride that could be setup for any type of driver, whether a casual city driver or a racer. In the Philippines, the nameplate was the go-to car for those who want to try their hand at racing. Through all the years it was in the market, the Starlet kept its signature Japanese engineering and automobile manufacturing, making it an ideal vehicle for racing enthusiasts. The small hatchback was available in two-door and four-door variants which were the Reflet, the Glanza, and the Carat. These were the base variant, the sports model, and the highest trim, respectively which covered all potential markets. Unfortunately, the Toyota Starlet was discontinued in 1999. However, its spiritual successor remains as the Vitz which was sold as the Echo or Yaris in other markets. Locally, Toyota Philippines recently unveiled a facelifted Yaris hatchback catering to the younger market.

The Toyota Starlet was first launched globally in April 1973 and was marketed as the Publica in some countries. It was soon followed by the second-generation model in February 1978, then the third-generation subcompact in October 1984. After another half a decade of its success, the fourth-generation Starlet was introduced in December 1989. In 1999, the final version was launched and was soon discontinued.

The Starlet showed Toyota's long-standing first-class build quality and excellent attention to detail. Its unique design was emphasized by a sloped-down belt line on front doors which was an aesthetic innovation during its time of launch. The Starlet Remix, on the other hand, was based on the five-door Reflet which came with a rugged SUV style accentuated by over fenders, body cladding, roof rail, and a spare tire mounted on the back. All 1999 variants rode on 13-inch alloys.

The Toyota Starlet was decked in a gray color palette comprised of hard plastics and fabric upholstery. The cabin is clean and simple, with everything in the driver’s area easy to reach. Its headroom and legroom provided ample space for a hatchback, seating four people comfortably. Rear seats also came with headrests as standard. For higher trims, a sunroof is an optional addition.

Toyota packed the Starlet with a range of safety features that were not common for its time. All of the top ranging models were equipped with a driver's side SRS Airbag, a tachometer, front power windows, an anti-lock braking system, and a central locking system.

The Toyota Starlet shared its platform with the Japanese brand’s Paseo nameplate. The hatchback was engineered with more technical innovations in terms of the suspension, making it handle better than its predecessors, resulting in a better drive.

Under the hood of the Toyota Starlet is a 1.3-liter 4E-FE gasoline engine that produced 75 hp and 115 Nm of torque. The engine was mated to a 4-speed manual transmission that sent power exclusively to the front wheels. 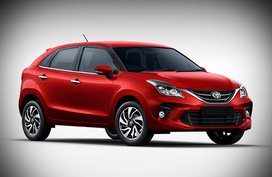 You should thank Suzuki for the Toyota Starlet revival 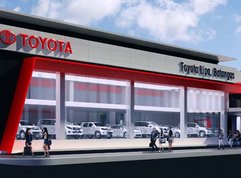 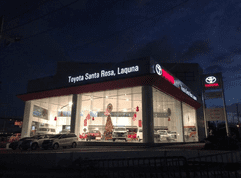 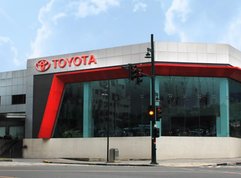 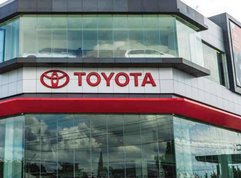