World’s first flying car - a car that flies, a plane that drives

The world’s first flying car which takes the form of a mini 4-wheel helicopter will be unveiled later this month.
The Dutch company PAL-V has recently announced its plan to introduce the first flying car of the world – the Liberty, at the Top Marques Monaco exclusive supercar show (France) in late April. 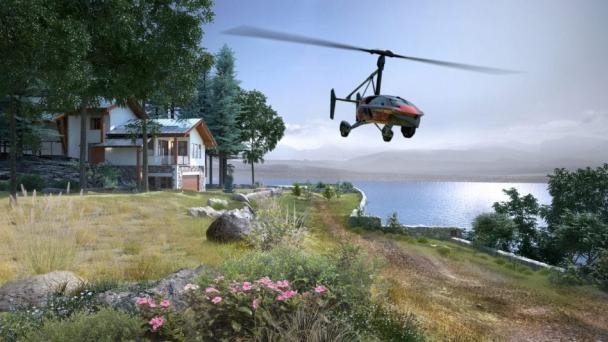 The Dutch company PAL-V has recently announced its plan to introduce the world's first flying car – the Liberty.
Digital images of this bizarre vehicle were revealed in February, but according to car news from the manufacturer, we can only behold the real vehicle at the end of this month.

Pal-V says that the Liberty is fully functional as both a 4-wheel road vehicle and an aircraft. Actually, it’s a gyroplane, a type of rotorcraft which is similar to a helicopter rotor in appearance but needs wind to generate rotation. 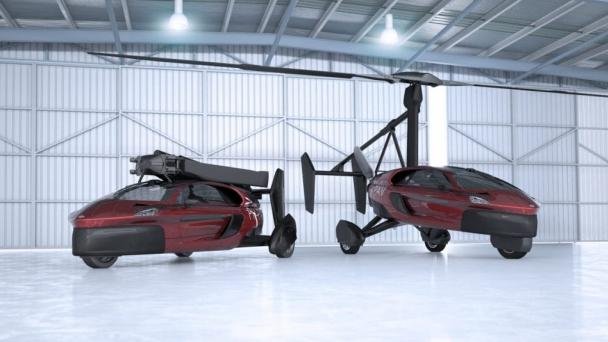 The Liberty is fully functional as both a 4-wheel road vehicle and an aircraft.
A propeller paired with two 100hp engines at the back of the Liberty helps it to move forward. In fact, the vehicle can fly up to 110 mph or 180 kph in the air, and 100 mph or 160 kph on the road. Specially, the Liberty can be able to fly for 310 miles, equivalent to 500 km with a full tank. However, it takes quite some time (around 10 minutes) to shift from driving to flying mode and vice versa. The vehicle can fly up to 110 mph in the air and 100 mph on the road.
Another disadvantage of the Liberty is the cockpit’s space that can only take two people, including the driver. Thus, the space for a family is out of reach but this hopefully will be solved in the near future.

Through this new Liberty, PAL-V wants to develop the new idea of “freedom of mobility.” “FlyDriving the PAL-V Liberty gets you faster to your business, your cottage or your client. Fly over mountains, rivers, lakes and traffic jams and drive on. Play more, get more things done and enjoy the ride at the same time," according to the introduction on the PAL-V’s website.

PAL-V Launches the PAL-V Liberty
Click here to return to our homepage.