The Audi Q8 2019 will be launched in Germany and the European market in the 3rd quarter this year.

The car is said to offer buyers a perfect combination between the versatility of a big SUV and the sophistication of a 5-door coupe. At first glance, the Q8 seems to get the same dimension as the Q7 but thanks to its sloping roofline design, the Q8 is much lower than its brother. Besides, with a 118’’ wheelbase, the Q8 boasts a surprisingly spacious cabin, which makes the new Q model can confidentially go head to head with some other serious rivals including the Mercedes-Benz GLE-Coupe and BMW X6. 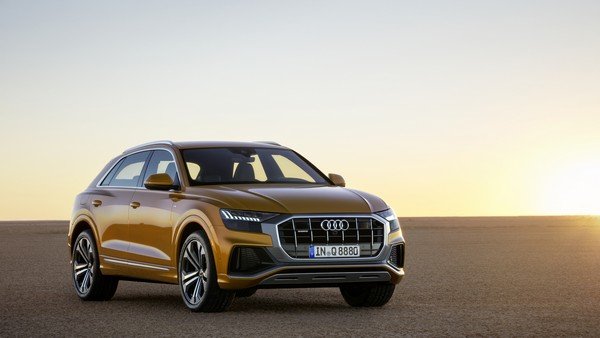 The Audi Q8 2019 looks more distinctive than other Q models

As for its appearance, the Audi Q8 2019 looks more distinctive than other Q models. It features fresh styling language, a gently sloping roofline, a package of glossy matrix LED headlamps, a sizable C-pillar, a prominent single-frame grille, a sleek integrated spoiler and LED tail lamps.

Stepping inside, the Q8 cabin looks quite familiar with the new A8’s layout with 2 touchscreens on the dashboard and an additional display placed in front of the motorist’s eyes. According to Audi, with an aluminum-rich platform, the Q8 promises to offer extremely precise running responses.

The new Audi Q8 2019 is also equipped with a massive cargo which can load up to 605L and 1,755 L of luggage with the back seats in place and folded respectively. 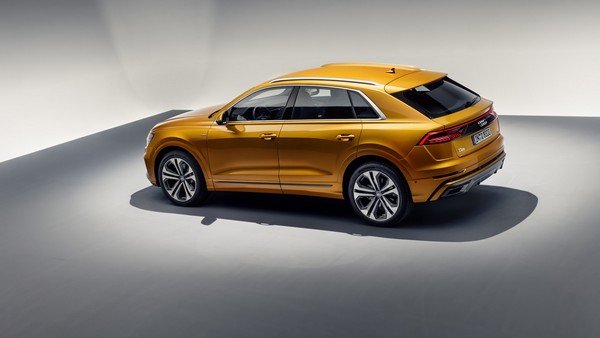 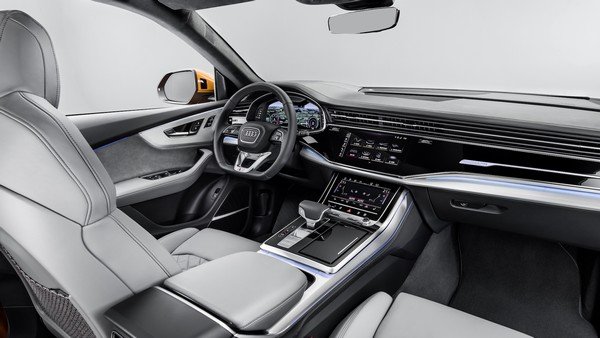 Stepping inside, the Q8 cabin looks quite familiar with the new A8’s layout The new Q8 2019 is also equipped with a massive cargo

Under the hood, the Audi Q8 2019 is powered by a V6 diesel engine which comes with a mild-hybrid tech incorporating a belt-driven alternator-starter, a lithium-ion battery and a 40 V electric network.

Meanwhile, the 3.0L V6 TDI applied for the Q8 50 TDI version is capable of cranking out 286 hp and 600 Nm of torque, works in a conjunction with an 8-speed tiptronic automatic gearbox, driven by the Quattro AWD system of Audi.

According to the latest car news, the Audi Q8 2019 will be launched in Germany and the European market in the 3rd quarter of 2018 while it is expected to go on sale in the U.S. market in 2019. 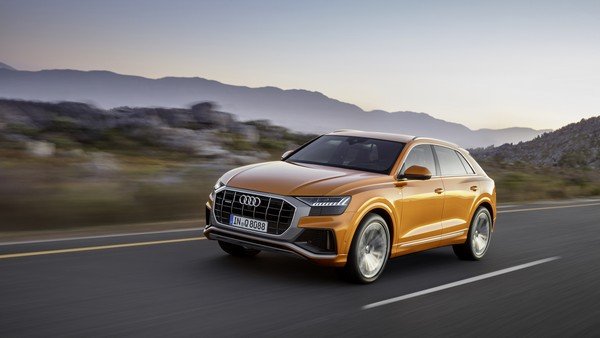 The Q8 is powered by a V6 diesel engine