Expect the next leg of AutoFest 2017 in the coming time at your preferred shopping center.

Years has come and gone. It’s that time of the year again when all Suzuki products become passionate. Yes, the popular Japanese auto manufacturer - Suzuki Philippines is all set and continues its bid to celebrate its lineup of vehicles as well as show folks the Suzuki Way of Life. The car brand officially opens a series of Auto Festivals (also called Autofest 2017) to do just that. Autofest 2017 was kicked off in various shopping centers and malls nationwide. 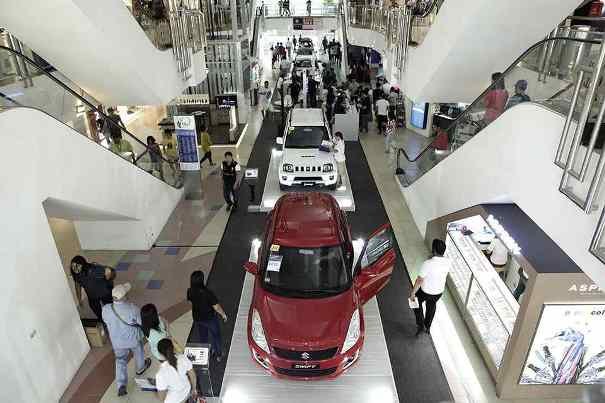 The event was held by a display blitz that was kicked off in no less than three large venues - SM City General Santos, Lucky Chinatown in Binondo, and Virra Mall in Greenhills. This year’s event took place last week, from September 19-20, 2017.

The SM City General Santos displays showcased the most hot-selling Suzuki vehicles including the rugged Suzuki Jimny 4x4, the brand new Suzuki Ciaz, the 7-seat Ertiga, the chic yet power Alto and Celerio, and the sporty and beautiful Swift, along with their turbo-diesel powered Carry and the more versatile and tough Grand Vitara. These models gave event-goers an opportunity to check out which Suzuki cars best fit with their budget and their needs.

The AutoFest 2017 in Lucky Chinatown and Virra Mall, put the first six aforementioned models in the spotlight.

Across the three locations, the two-day exhibit was a treat for your whole family and friends. Apart from the visual feast with a slew of Suzuki vehicles, each guest attending this car event was treated to a day filled with recreational activities that put a smile on mall-goers’ faces.

Expect the next leg of AutoFest 2017 in the coming time at your preferred shopping center.

Car events in the Phillippines Festivals for cars Suzuki AutoFest 2017