Updated Jul 15, 2019
Editor's rating 3.0
User's rating 3.0
This Ford Focus 2017 Philippines Review promises to give you a commanding view of this hot hatch in respect of price, specs, engine, interior, exterior and more.
Overview

The C-segment has been dominated by sedans which feature a good look, well-equipped interior and sedate engine for daily use. However, do not forget some representatives in the shape of a small hatchback with appealing design and good performance, albeit not spacious. 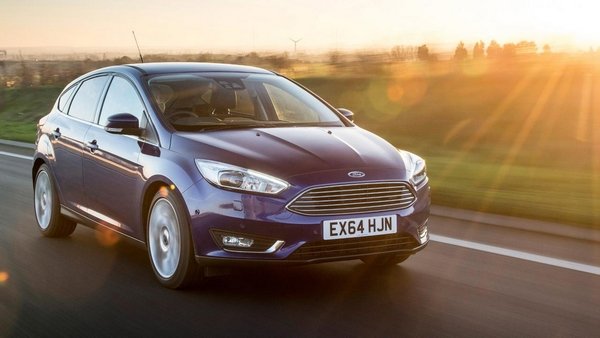 The Ford Focus 2017 Hatchback is among them. It’s is a great 5-door hatchback that received the most recent update in 2016. Armed with an EcoBoost engine, along with substantial revisions on the in- and outside, the Ford Focus is currently more powerful and versatile against fierce contenders in its class.

Today, in this Ford Focus 2017 Review, Philkotse.com will critically analyze Ford Focus Hatchback Sport+ 2017 – the top-end model of the lineup to prove what we’ve said.

All New Ford Focus With Ecoboost Launched in the Philippines Broadly, the all-new Ford Focus 2017 is loyal to Ford’s trademark global design theme. Coming to details, it has got a restyled front fascia which is dominated by a trapezoidal grille flanked by tapered headlamps with LED daytime running lights, a revised front bumper as well as stretched fog lamps. Taking a close glimpse, you might realize that our hatch is quite akin to its subcompact sibling – the Ford Fiesta. That said, the Focus receives a more aggressive profile. As for the side, a massy set of 18-inch alloy wheels is responsible for keeping the hatch running

As for the side, a massy set of 18-inch alloy wheels is responsible for keeping the hatch running. Plus, more prominent beltline and chrome fixture on window frames are preserved for 2017. Moving rearwards, you will spot smaller taillights with slimmer indicators, a new bumper with an integrated diffuser and notably, a new tailgate with a mounted rear spoiler.

Moving inside, you will be dazzled by leather and soft-touch plastic materials. If the Ford Focus Titanium+ is fitted with beige finish scattered on the lower dash, door cards and seats, the Focus Sport+ looks more luxurious with black trim. 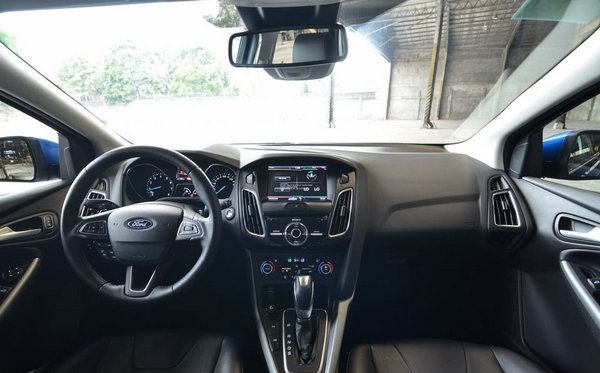 Moving inside, you will be dazzled by leather and soft-touch plastic materials

On the subject of seating and cargo, the Focus cabin is fairly driver-oriented. Accordingly, the adjustable driver’s seat is very comfortable with good lumbar and side support. What’s more, dual-zone automatic climate control is also available to keep you cool. Passenger seats are also worth noting but they can only be manually adjusted. Head- and elbow room at the back are laudable; however, if you’re a little bit tall, you will feel somehow uneasy, especially in long trips. In addition, power windows, locks and side mirrors are all on tap. Even, in case you want to carry more bags and luggage, a smart key can help you unlock the tailgate with ease. However, remember not to load too much stuff since you’re in a hatch. If you want to carry more bags and luggage, a smart key can help you unlock the tailgate with ease

To well harmonize with its modern outer look, the Ford Focus 2017 interior is also contemporary with an up-to-date entertainment source which is provided by Ford’s SYNC 2 supporting CD/DVD, Aux, USB, SD card and Bluetooth connectivity. Sound is sourced from a set of 9 speakers. Do you see the long list above? So, rest assured while behind the Focus’ wheel, it would keep the whole family protective. The all-new Focus is armed with a smaller but more potent 1.5L GTDI EcoBoost inline-four engine

Smaller output and smaller displacement cannot make the new engine valueless. Inversely, it reaps benefits from a twin-scroll turbocharger and direct injection which allow the power output to be more comparable to a mid-size sedan. Only with a prod of throttle, the Focus can be propelled with gusto. Further, acceleration is just a piece of cake since torque is quickly accessible at low revs. The same story comes with overtaking owing to the “smart” automatic gearbox which can recognize the right time to shift cogs or kickdown. Notably, the petite engine also has got a deep exhaust note.

In terms of handling, the hot hatch does not let us down. With enhanced brakes and suspension system, carving through blends is easy-peasy. Along with that, massive Goodyear Super Eagle F1 tires also bestow their efforts on the car praiseworthy handling, in addition to the significant contribution of the torque vectoring system. For the electronic assist steering, it is light when the hatch’s moving slowly yet is willing to nicely stiff up at higher speeds. Nonetheless, it seems that sometimes the steering wheel lacks a so-called “road-feel.” 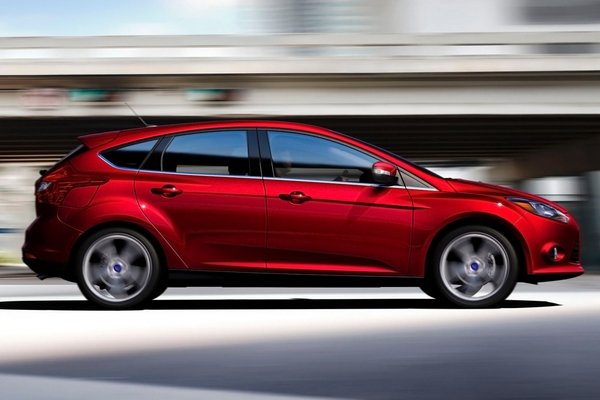 In terms of handling, the hot hatch does not let us down

Ride quality is also worth the compliment. Not only enhancing handling, the low-profile tires also give a plus point to the ride comfort. However, you might not feel comfortable while seating at the back and when passing through road imperfections. In whatever way, put your focus on the fact that the Focus is no more than a city hatchback.

We know that the 6-speed AT is awesome but it’s advisable that you do not use the manumatic fnction vie the paddle shifter unless you want to break the nice beautiful image of the Ford Focus 2017 Hatchback we’ve just been building.

Ford Focus 2017 Specs in the Philippines

Ford Focus 2017 Price in the Philippines

Despite new excise taxes prescribed by Republic Act 10963, or the Tax Reform for Acceleration and Inclusion (TRAIN), the Ford Focus price stay remained. Accordingly, the Focus Hatchback 1.5 EcoBoost Sport+ AT can still be had at ₱1,278,000 in 2018. On the other hand, the base Sport AT price is also static at ₱1,088,000.

All things considered, the Focus is not as perfect as latest cars in the market today, yet it still exudes a great blend of ride and handling together with an alluring appearance and modern cockpit. For this reason, the Ford Focus is one of the best known nameplates in the car world, which is hardly surprising after nearly two decades at the top of the C-segment sales charts. If you’re seeking for such a handsome boy like the Focus, rush to your nearest Ford dealer right now since we are not sure when its price soars.

Lastly, hope that this Ford Focus 2017 Philippine Review is convincing to you. To look for more comprehensive reviews about other sought-after models in the Philippines, please click here.