Toyota Corolla, which has been stirred auto world since the late 60s, is one of the most long-standing nameplates across the globe. It's been over 50 years of existence and the seasoned sedan has undergone a total of eleven generations with the myriad of revisions.

When new millennia came, the Corolla garnered the “Altis” name and since then, it has been called “Toyota Corolla Altis”. However, modern car drivers, to all intents and purposes, often dub it “Toyota Altis” and we do, too. Currently, the Toyota Altis has been far more superior against its forerunners in every respect with noticeable updates in mechanics, design and interior. 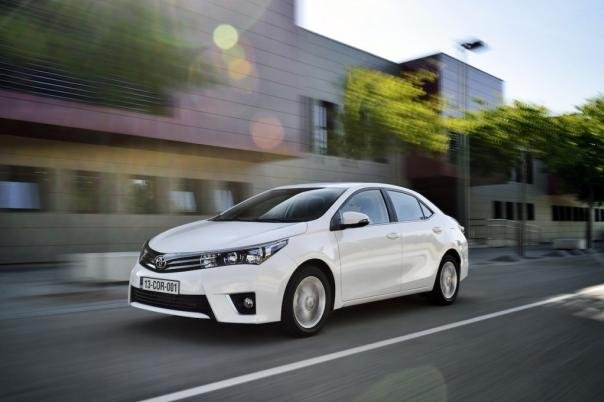 Today, Philkotse.com will bring you a full-scale Toyota Altis 2018 Review where all about the current-generation Corolla Altis will be brought to light. Not only that, some very first details about the next-generation model will likewise be unmasked. Please note that in this review, we’ll take the top-of-the-line Toyota Corolla Altis 2.0 V AT as an example.

>>> Toyota Altis is among 5 most favorite Toyota cars in the Philippines. Click to get more. 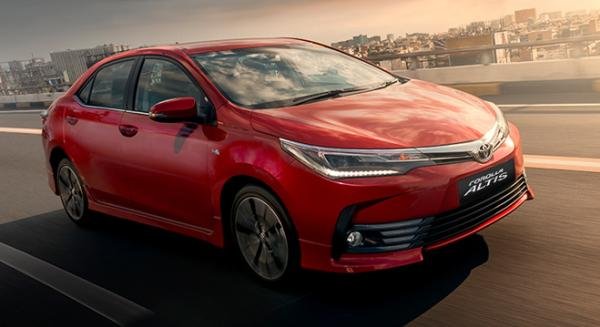 The Toyota Altis 2018 Philippines exterior is very modern, sporty but still alluring and eye-catching with a host of great details. The sedan lets you fall in love with it at the very first peep, we dare say so. From the point of view of a poet, the Altis is said to look very confident with a “smiling” chrome grille sided by sweptback LED headlights with daytime running lights. Below that grille is an athletic bumper with sleek fog lamps, bringing the front end a great distinction and charm. Besides, there’s also air vent underneath the front, which helps enforce a racy and vigorous stance. 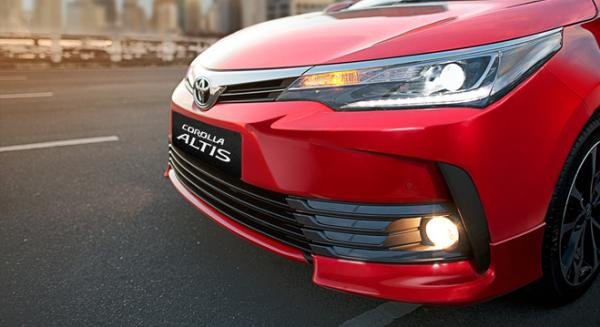 Below that grille is an athletic bumper with sleek fog lamps​ 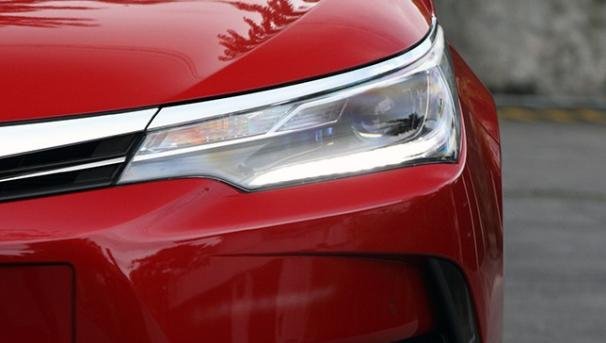 It is adorned with sweptback LED headlights

The sides are impeccable when being beautified by ORVMs with side indicators and bulkier wheel gaps covering a glossy set of 17-inch alloys that continue the sporty theme. 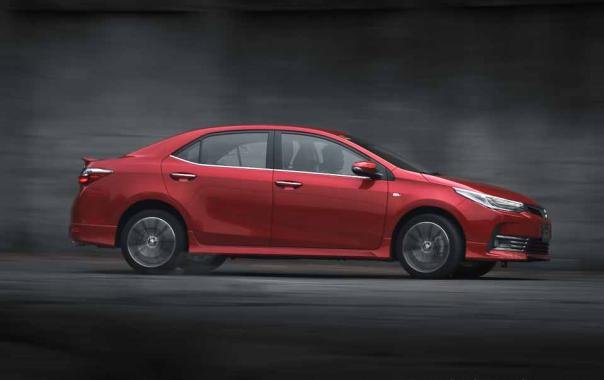 The sides are impeccable 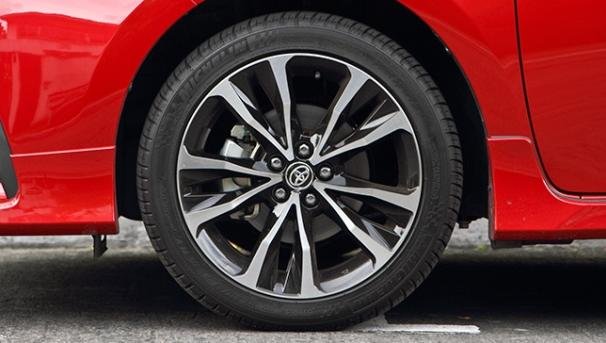 It gets a glossy set of 17-inch alloys 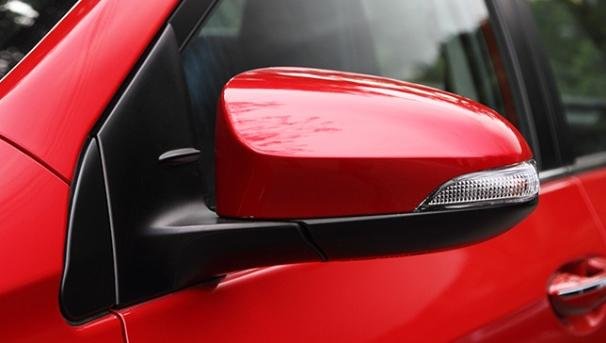 ... and ORVMs with side indicators 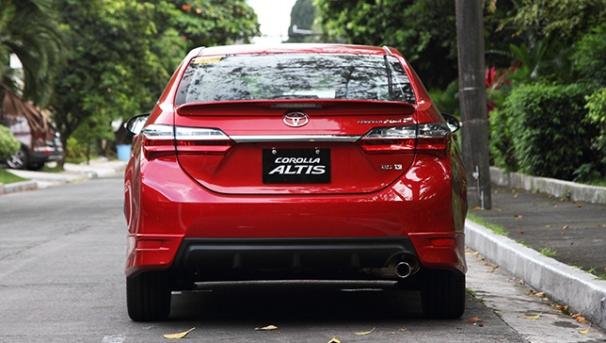 Maybe you will spot some design inspirations drawn from the Honda City in the current-generation Altis. However, never mix Toyota’s comprehensive dynamic design language with any models of other brands. To get a fair judgement for yourself, you can refer to our full review of the Honda City 2018 here. 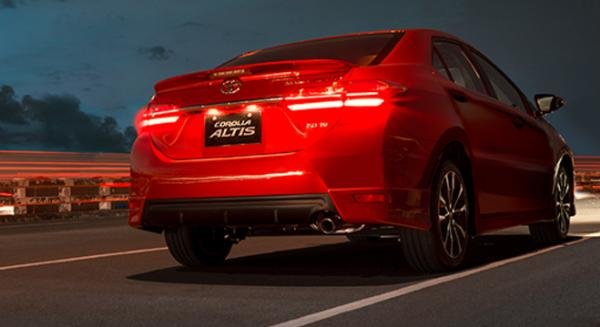 “The appealing new look of the Altis carries on the Corolla heritage into the future and advances you to the next level of driving. Its astounding aura of prestige is designed to command attention each time you make an entrance” according to Toyota.

As the saying goes, the Toyota Corolla Altis 2018 is one of the most stylish offerings from Toyota fleet. It is so attractive that the well-known Japanese marque needn’t spend much time on the sides and rear refinements but for the LED taillights.

One more thing that will get you surprised is that the new Altis is a little bit longer than it should be. With a length of 4,620 mm, seemingly it has broken the notion of a C-segment compact saloon.

The Toyota Altis 2018 interior inherits most characteristics from the Corolla Altis pre-facelift version.

Mostly untouched yet the cabin still makes us feel its premium design. First, the dashboard is neat and lustrous where the instrument cluster with digital display is also gorgeous and illuminating. The 3-spoke steering wheel is now wrapped by lavish leather adorned with silver accents and mounted controls. Even, the shift lever knob is also embellished with leather and silver garnish. 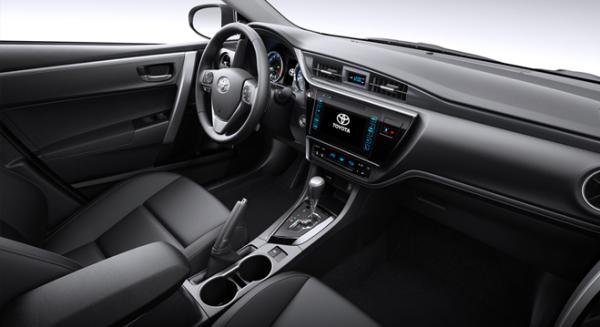 Source of amusement is a new multi-color 2-DIN in-dash player integrated with 1 CD, MP3 and Tuner. Music is streamed to passengers via a set of 6 speakers. The stereo has got Aux and USB interface and fuel economy monitoring system as well. Moreover, you can follow up useful information time to time with the multi-information display (MID) with Dot Display. But more than that, worth mentioning is the smartphone MirrorLink, which is considered as a breakthrough when compared to other contenders in the same segment. 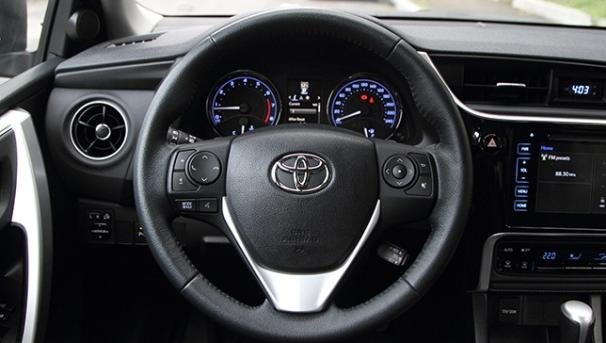 The 3-spoke steering wheel is now wrapped by lavish leather

The automatic climate control system is also redesigned. In detail, Toyota has decided to make full use of the single-zone climate control system and there are absolutely no rear air-vents. As noted above, the cockpit is almost unaltered but it does not mean there isn’t anything new. And here comes the change: the old front air vents have completely disappeared to make room for round units. Some say the Altis is a copycat when trying to imitate the 86 sports car but come to think of it, the details are more reminiscent of the first generations of the Corolla. Whatever, this is really an interesting tweak.

Plus, automatic dimmers for rear-view mirrors are also absent from the cabin. Instead, rear sunblinds appear to be more upmarket. Other equipment making the interior fun-loving include econometer, plated inside door handles and sun visor, etc. 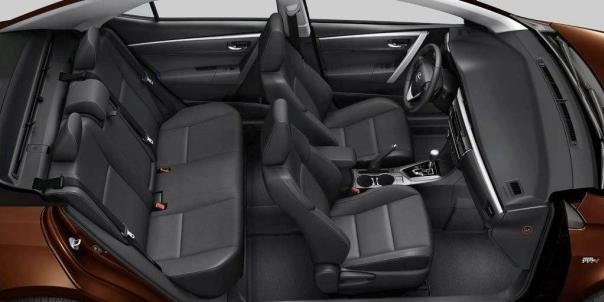 This is a solid and comfortable sedan to sit in

The all new Toyota Corolla Altis 2018 is a solid and comfortable sedan to sit in. Trust your first impression! If the previous Corollas feature light and partially reinless doors, the new Altis comes with beefier ones to make you rest assured in car. Thanks to considerable overall dimensions, we can definitely hope for lots of space inside. In the main, the Altis cabin is spacious enough for all passengers, not to mention a bevy of driver-oriented features. Correspondingly, the driver’s seat is 8-way adjustable with lumbar support. The rear seats, on the other hand, can be split-folded 60/40 and receive 3-way adjustable headrests and center armrest also. Particularly, if rear space seems to be modest in other sedans, there is stretched room at the back of the Altis which enables to cater up to three adults in comfort. More than that, legroom is also expanded owing to the flat floor.

The Altis has a luggage trunk of 470 liters

Not only does the Altis interior make all of the occupants satisfied, it also boots adequate space for cargo and luggage. With a trunk of 470 liters, the sedan is able to load even bulky stuff.

Under the hood, the Toyota Corolla Altis 2018 employs a Euro-4 compliant 2.0-liter 4-cylinder Dual VVT-I engine carried over from the pre-facelift Altis. The mill is capable of dishing out 145hp at 6,200 rpm and 187 Nm of torque at 3,600 rpm. Power is channeled to front wheels via a continuously variable transmission (CVT) with a 7-speed mode. When putting the new Altis next to other contenders, apparently the said car is not as potent as its newer contemporaries whose output is at least 150 hp. That said, don’t devaluate the Altis forthwith. Let’s get in the car, close the door and feel the way the Altis treats you. Without a doubt, it is ideal for city driving but more than that, on the highway, the engine is totally not harassed and can hit high speeds at a very quick rate. Not being pitched as a performance sedan though, the title of a “competent cruiser” is possible. 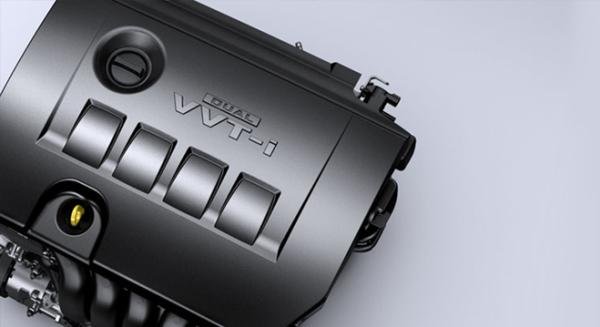 Because of the aforesaid supportive seats together with improved suspension system, the new Altis wants to focus on your comfort while driving rather than corner carving. Furthermore, it will get you amazed by sound isolation ability which is likely thanks to the heftier doors.

Also, the advanced CVT works very well in conjunction with the engine in order to give you the complete authority on the roads alongside amazing fuel economy – one of the focal points in the saloon. Some drivers claim that the 2.0-liter engines guzzle fuel like there’s no tomorrow, but it’s not the case when behind the Altis’ wheel. In normal city driving, the car yields around 8.6 km/L at an average speed of 18 km/h. Meanwhile, when topping out at 95 km/h on the highway, it can easily average 15.3 km/L of fuel. How impressive for a 2.0-liter powerplant! 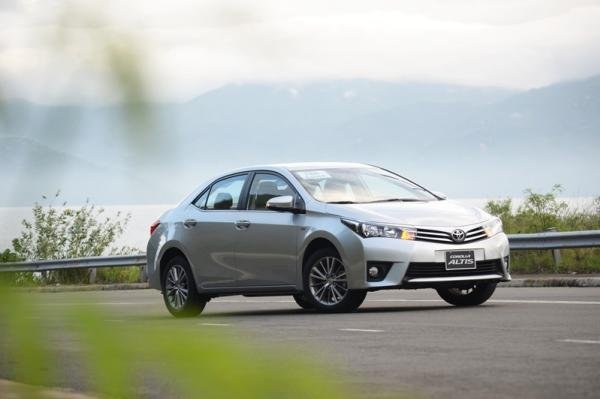 By and large, although the Corolla Altis is not fully appreciated in the class when it comes to performance, it will certainly fulfill its duty of helping you survive daily traffic in the Philippines. 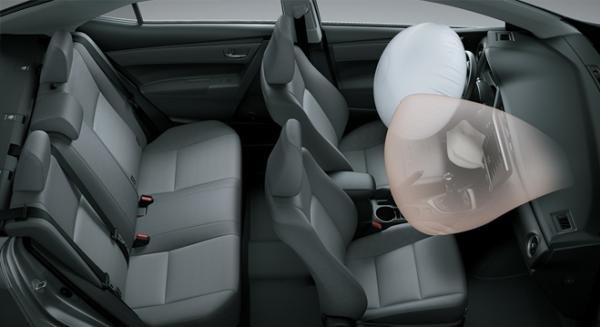 Toyota’s reliability forces the brand to equip its models with top-notch safety features and the Altis 2018 is no exception. Here are what the 2.0 V AT Altis has to offer:

5. Toyota Altis 2018 Specs in the Philippines

6. Toyota Altis 2018 Price in the Philippines

The current Altis is priced at ₱1,320,000. We think it’s a fair price for such a better equipped and powerful city sedan. That figure is the price tag of the top-spec 2.0 V AT, if you don’t require too many qualities in your daily ride, and simultaneously, want to save money, go for lower variants.

If you’re also interested in other Toyota models, click here for latest Toyota cars in the Philippines. Cannot afford a brand new Altis? Find your next car in our complete list of used Toyota Corolla Altis for sale sale in the Philippines.

Before the arrival of the next-gen Corolla Altis, a facelift version of the sedan was launched in India in March, 2017, which is billed as the latest facelift up to now. No updates on mechanics, yet the 2018 refreshed Altis is spoiled with a plethora of cosmetic changes. 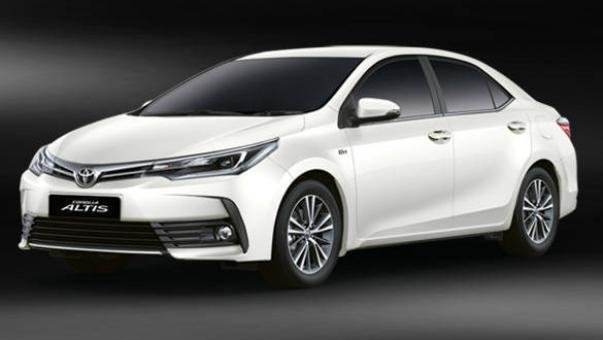 A facelift version of the Altis was launched in India in March, 2017

Specifically, the vehicle calls attention to its exterior by its new front radiator grille and LED lightings and redesigned wheels. Concerning the size, the car features overall dimensions worth 4,620 mm x 1,775 mm x 1,475 mm (L x W x H) and a 2,700 wheelbase. In defiance of a shorter wheelbase, the ground clearance is lifted up to 175 mm, which is 35 mm higher than the current-gen Altis. 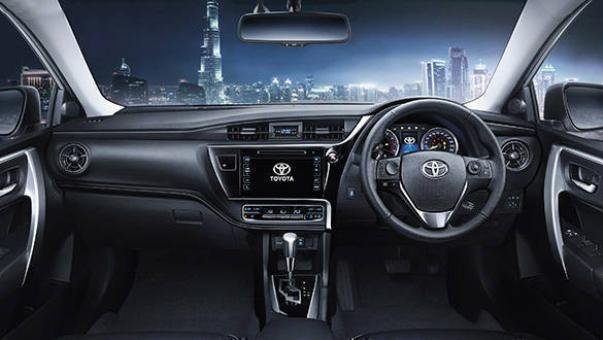 The interior comes loaded with new flaxen color trim and a soft touch dashboard with a refined instrument cluster.

Apart from the India-spec facelift, another special edition of the Altis named “Corolla Altis X” was also made its way in Taiwan, click here to find out more about the car. 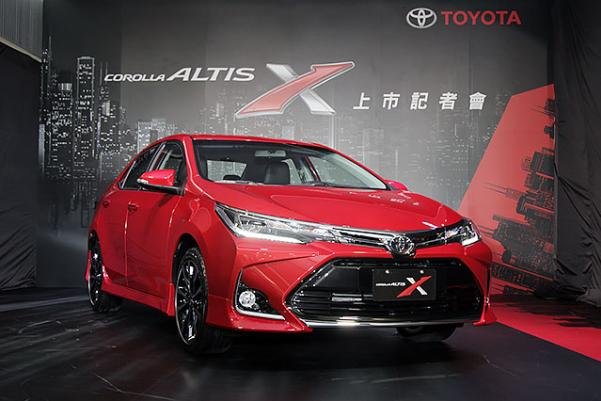 Also in March, 2017, the 12th-gen Toyota Corolla Altis was spied for the first time in the testing phase. The prototype is disguised by multiple types of camouflage, so it’s hard to find out modifications in this next-gen model, except for uncovered lighting system. Let’s share with us your thoughts after beholding the following spy photos: 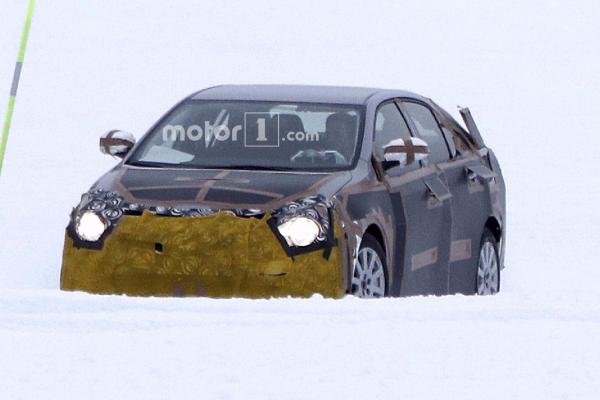 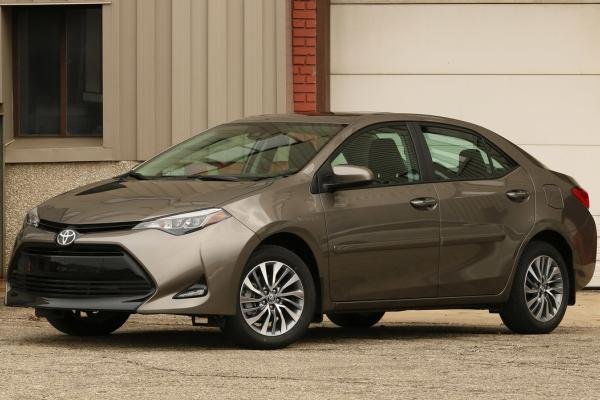 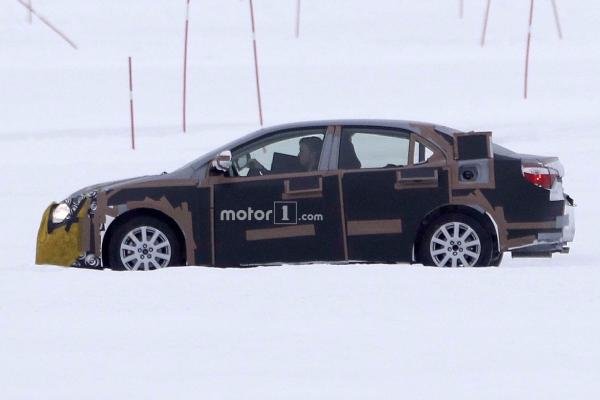 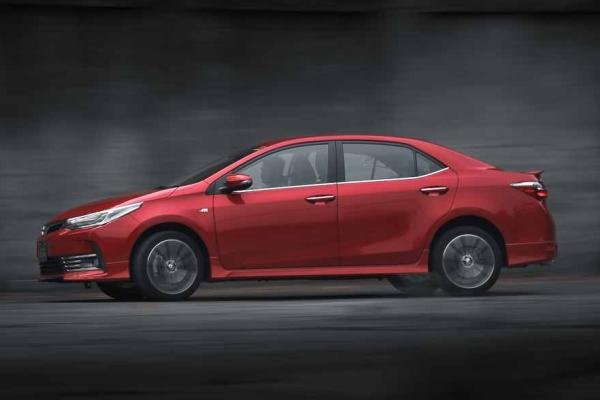 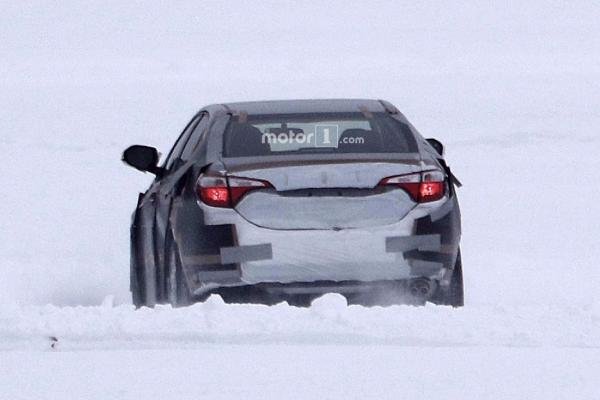 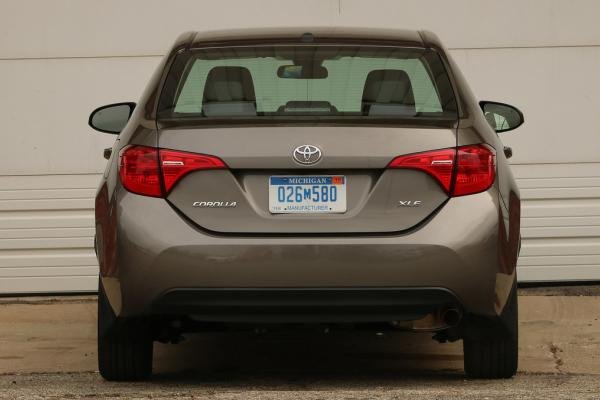 Ostensibly, it is an unfortunate fact that we need to look for an official launch to have a clearer image of this car. Or else, wait for the company to share more key details and photos prior to its launch. Rumor has it that the next-generation Altis will premier in the Land of the Rising Sun sometime next year. After that, other markets might welcome it by the end of 2018 or in early 2019.

When it comes, it is claimed that the hardware will be altered entirely since the new model could ride on Toyota’s New Globla Architecture (TNGA). To a greater extent, a hybrid version might be present in the lineup. Even, Toyota would likely install a BMW engine under the Altis’ sheet metal. Anyway, they’re all hearsay. 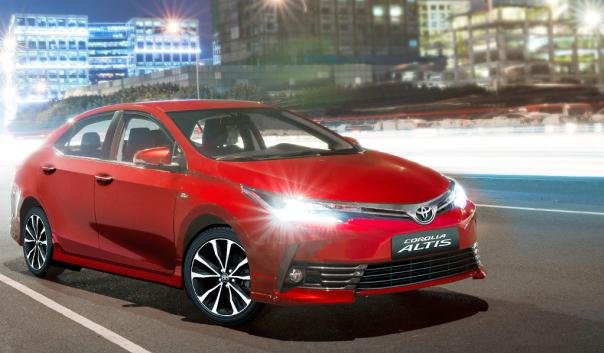 At the last moment, hopefully our Toyota Altis 2018 Review on Philkotse.com has helped you better understand this hot-selling sedan. Actually, the Altis has managed to satisfy as many drivers as possible by its astounding design, attractive updates, advanced safety as well as assertive drive. All things considered, it’s truly a great choice for all Pinoys who are seeking for a reliable city car. Trust us and you will never regret.