Compare this new seven-seater SUV against a market segment vet

Back in September 2021, Maxus Philippines launched the all-new D90 midsize SUV for the local market. To that end, the said marque looks like it wants a cut of the seven-seater SUV pie.

As such, many became curious as to how this new model will fare against its rivals. Among its competitors is the Mitsubishi Montero Sport, which has practically entrenched itself in the local market as one of the more popular models in its segment.

To find out, we’ll be matching the top-spec Maxus D90 Premium 4x4 AT against the Mitsubishi Montero Sport GT 4x4 AT. Which SUV is better on paper? As far as the figures go, the Maxus D90 is the larger vehicle overall compared to the Montero Sport. The Mitsubishi model does have a bit more in the way of ground clearance, though. For exterior equipment, both the top-spec Maxus D90 and the top-spec Montero Sport come standard with LED headlamps, LED tail lights, front fog lamps, roof rails, and a roof-mounted rear spoiler, as well as a pair of turn signal lamps integrated into their power-folding side mirrors.

The Maxus model then rides on a set of 19-inch wheels, while the Mitsubishi comes with 18-inch wheels. Also, the Maxus D90’s headlamps come with an auto on/off function which the Montero Sport lacks.

When it comes to seating capacity, both the D90 and the Montero Sport can fit up to seven occupants. Both are then equipped with dark-themed cabins with leather seats, a leather-wrapped steering wheel with tilt and telescopic adjustment, automatic air-conditioning with rear vents, a power tailgate, and a push-to-start button. A peek into the Maxus D90's interior

Then again, the Mitsubishi comes standard with a digital gauge cluster whereas the Maxus only has analog gauges. On the flip-side, the D90 features rain-sensing wipers, which is absent on the Montero Sport. Moreover, the Chinese-made SUV also comes with a sunroof.

Both vehicles also come with cruise control, but the one on the top-spec Montero Sport GT is adaptive. The Mitsubishi’s rear-view mirror also comes standard with auto dimming, which is not available on the Maxus model.

Moving onto head units, the Maxus D90 Premium is kitted out with a 12-inch touchscreen, which is larger than the eight-inch touchscreen head unit that comes standard on the Montero Sport GT. It also has eight speakers, whereas the Mitsubishi model has a six-piece speaker system. Inside the Montero Sport GT

Then again, the Maxus head unit only has Apple CarPlay, while the one on the Montero Sport GT has both Apple CarPlay and Android Auto. Both head units do come with USB and Bluetooth connectivity.

Under the hood of the Maxus D90 Premium is a 2.0-liter bi-turbo inline-4 diesel engine. At maximum, this four-banger can make up to 214 horsepower and 480 Nm of torque. An eight-speed automatic gearbox then sends power to a 4x4 drivetrain.

For the Mitsubishi Montero Sport GT, it uses a 2.4-liter turbodiesel mill that can produce 179 horsepower and 430 Nm of torque. It also has an eight-speed automatic tranny, but this one comes with paddle shifters. While the Maxus D90’s engine output is greater than the Montero Sport’s, it is worth noting that the Mitsubishi model’s 4x4 system is the famed Super Select 4WD-II. It offers four drive settings (2WD High to 4WD Low) and works in conjunction with a center locking differential. On top of the drive settings, the Montero Sport also has four separate terrain controls.

In comparison, the D90’s 4x4 system does have a differential lock, but lacks control over its 4x4 system’s speed settings for the driver. It does, however, come with a seven-mode all-terrain system. Like other midsize SUVs in the Philippine market, both the D90 and the Montero Sport are truck-based models with a ladder frame chassis. Both also use a double-wishbone front suspension, and a multi-link suspension for the rear.

Braking for both models is handled by disc brakes for all four of their wheels. Both also come standard with electronic parking brakes with auto-hold function.

When it comes to safety, the Maxus D90 Premium and the Mitsubishi Montero Sport GT are both equipped with anti-lock braking with electronic brake-force distribution, stability and traction control, hill-start assist, hill descent control, and ISOFIX child seat anchors.

In terms of driver assist features, the Maxus D90 features a driver fatigue monitor. In turn, the Montero Sport tops this with blind spot warning, lane change assist, and rear-cross traffic alert, as well as a 360-degree view camera. The Mitsubishi SUV is also equipped with a trailer stability assist system, while tire pressure monitoring is standard on both models.

As convenient and comfortable daily chariots for the family, both the Maxus D90 Premium and the Mitsubishi Montero Sport GT 4x4 can do well. Each has an ample number of amenities, apart from loads of space to work with. Both the D90 and the Montero Sport has a power tailgate

But if you’re concerned with power, then you might want to lean more towards the Maxus. If you need something that can do well in off-road situations, then the Mitsubishi model might be the better choice.

As for aesthetics, we’ll leave that one up to you. For more car comparisons, keep it here on the Philippine’s largest car portal. 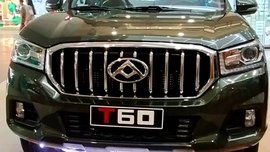 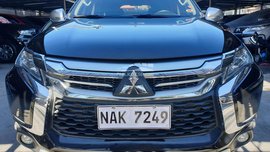