Maxus entered the Philippine market in 2019 under AC Industrials, an Ayala Company. Since then, the car brand has two vans (G10 and V80), one pickup truck (T60), and one MPV (G50). This year it expanded into compact crossovers with the Maxus D60 that’s offered in two variants that come in five- or seven-seater configuration. For this review, Maxus Philippines lent us the keys to its top-spec seven-seater Elite variant that goes up against the likes of the Honda CR-V, Chery Tiggo 8, and Nissan X-Trail.

With that, what can the D60 Elite offer to you? And does it have what it takes to go up against its segment rivals? Read on to find.

Right off the bat, there’s no denying that the Maxus D60 has an aggressive and striking exterior. It probably is the most eye-catching Maxus vehicle in the Philippine market to date, a  claim that’s evidently seen at the D60’s front end. In terms of size, Maxus’s compact crossover is longer and wider than Honda CR-V and the Chery Tiggo 8. The sharp-looking LED daytime running lights (DRL) set the tone for the D60’s striking exterior. It has a slim strip-like design that gives off the impression that the vehicle is squinting at you. The DRLs look good but it also reminds me of the Hyundai Kona. The D60 also has a taunting stance due to its massive blacked-out grille that features a spiderweb-like finish. The grille design is one of the details I like since it gives the vehicle a unique appeal compared to its segment rivals. The angular bumper, which houses the LED headlights, adds to the overall striking appeal of the D60. The D60 comes with a distinctive side profile

Turning at the side, the D60 is meld with sharp character lines that give a bold look. It also has prominent wheel arches the provide muscle to the D60’s side profile. There are bits of silver trims on the side, which can be spotted below the doors and the windows. Maxus extended the silver trim to appear seamlessly connecting to the roof rails. It also comes with a step board, which is quite puzzling as to what its actual purpose is. The D60 is relatively not that high above the ground, and a 5’5” individual like myself can easily hop in and out of the vehicle even without the step board. I also find the step board too narrow, and it feels awkward when I opted to use it. The striking design gets toned down a notch at the rear but it still comes with distinctive character lines. The highlight of the D60’s rear is its taillights, which are flawlessly connected by a light bar that runs through the tailgate. Speaking of which, the bar adds an accent to further make the Maxus emblem more visually appealing. Black cladding dominates the rear bumper, and the D60 also has dual exhaust pipes. Opening the tailgate of the D60 might be a challenge on your first try. Why so? Well, it has a peculiar tailgate release button that’s located within the rear wipers. 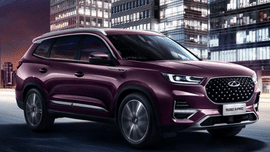 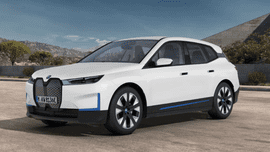 2021 Maxus D60 Interior Review: Catching up with the contemporary

The Maxus D60 has a dark interior theme with piano black accents. The dashboard comes with a modern-looking layout that’s highlighted by the tablet-like center console that features the eight-inch touchscreen infotainment and climate controls. The tablet-like centerpiece makes the cabin look tech-savvy but its functions could be better. The D60 comes with a dark interior theme

I like that the D60 comes with a flat-bottomed steering wheel, which allows easier ingress and egress from the driver’s seat. It is fitted with an instrument cluster that features analog gauges on both ends, and a digital screen in the middle, a design that’s also seen in the Maxus G50. The D60 Elite variant has leather seats with manual adjustment. I wished that the driver’s seat already has an electronic adjustment, but that’s asking too much considering the D60’s price point. Of note, the piano black accents are placed on high-touch surfaces like the dashboard, power window controls, and the center console. While it adds texture to the cabin, it also translates to accumulating scratches over time. Second-row passenger will be greeted with a good leg- and head-room. Up to three individuals can seat on the second row, and there are rear aircon vents to help cool down the cabin more efficiently. The second-row seats also come with a slide and recline function, which comes in handy in adjusting the legroom for the third-row passengers. The only thing I noticed while sitting at the second-row seats is that I find it a bit too low, and it would be appreciated if it has more thigh cushion support for a more relaxed position. The center armrest, when pulled down, is also too high for my preference. The third row can fairly accommodate up to two average-sized Filipino adults. But the third-row seats are not ideal for individuals standing 5’8” or taller. Of note, the left passenger on the third-row seat gets a USB port. In terms of cargo space, the Maxus D60 Elite has enough room for three to four overnight bags even when the third-row seats are up. Fold those seats down, you’ll get plenty of storage space that can accommodate an assortment of items such as a week’s supply of groceries.

As mentioned earlier, the tablet-like centerpiece featuring an eight-inch touchscreen and climate control allows the cabin to have a modern appeal. But, the touchscreen infotainment system lacks a feature that I find essential in the smartphone era: Apple CarPlay and Android Auto. The said features offer seamless smartphone integration to the infotainment system. Through Apple CarPlay, you can access apps such as Waze and Spotify, as well as reply to a text message via voice command. It makes everyday driving easier and safer. The touchscreen infotainment transforms into a reverse camera, which is useful when you’re backing up to a parking slot. It also has dynamic guidelines to help you gauge the distance behind you better. But, the problem is that the image sent to the screen is not that clear especially when you’re driving at noontime or when the sun is directly shining above the vehicle. This sort of makes the reverse camera unnecessary since you can’t clearly see the image shown on the screen. Good thing though the D60 comes with rear parking sensors.

In terms of safety, the Maxus D60 is equipped with features that you can expect from cars offered in the local market today. It has dual front and side airbags, electronic parking brake with auto hold, stability control, tire pressure monitoring system, among others.

The Maxus D60 is powered by a 1.5-liter turbocharged gasoline engine that delivers 167 hp and 250 Nm of torque. The engine is connected to a seven-speed dual-clutch automatic transmission. The D60 is equipped with a 1.5-liter turbocharged gasoline engine

The engine delivers sensible power when the D60 is driven around the city. It also comes with a light steering feel, allowing you to drive through tight streets at ease which results in reducing driver fatigue. The throttle response is all right when the D60 is driven at a relaxed pace. But it’s not quite remarkable when you opt to have a more spirited drive as power delivery is delayed by a second or two. You need to plan your overtakes when you’re driving on the expressways as the gear ratio takes a bit of time adjusting to your preferred power. Good thing, the D60 comes with a Sport mode that allows the engine to rev at higher RPMs. The suspension leans on the firm side, but the ride is not as pleasant when driven along EDSA compared to other vehicles in its class. There are also creaking sounds here and there inside the cabin while I was driving the D60, which somehow affected the overall driving experience. Despite that, the D60 is stable and planted on the open highway. This is where you’ll appreciate the D60’s ride comfort, which significantly makes up for how it absorbs road imperfections in the urban jungle. The top-spec Maxus D60 Elite comes with a sticker price of Php 1,258,000, a price that’s within the ballpark figure of smaller subcompact crossovers like the Ford Territory and the Geely Coolray. The D60’s sticker price also undercuts its segment rivals. It’s priced lower than the Honda CR-V and the Chery Tiggo 8.

So, does that mean the D60 is worth its price? Well, that will boil down to your preference. If you simply want to have a vehicle that features a unique exterior and has seven seats, the Maxus D60 Elite could be the ideal car for you. But, the D60’s lower price tag shows its gap in terms of performance and features compared to its segment rivals.

ALTERNATIVE REVIEWS TO THE 2022 Maxus D60