Hyundai Accent vs Toyota Vios: Which sedan would you want to drive home?

Updated Jul 23, 2020
This article takes into account the Hyundai Accent vs Toyota Vios battle in terms of specifications. Read on to find out which sedan deserves the top spot.

The Toyota Vios or the Hyundai Accent? Two of the most popular models competing in the Philippine B-Segment Sedan market right now and in the past.

Both are quite similar in many ways but are also vastly different from in other in a number of aspects. Both are also quite popular either as a Taxi or as TNVS units as such these models are quite possible their brands respective best-sellers. And then most importantly, both models are quite affordable in today’s car pricing standards.

So Accent vs Vios. Japanese vs Korean. Let Philkotse.com find out in this comparison article which model comes out on top.

As you can glean from the table above, the Vios’s is a much wider vehicle but only at a range of around a couple of millimeters so we doubt that there are significant differences in terms of interior room. Even the amount of cargo space only has a difference of 13 liters between the two so overall, neither really stands out that much in terms of dimensions.

In terms of styling however, we would prefer the Toyota Vios as it actually has a new design. While the Accent in sedan form does look good, its new design is a little bit too conservative for Hyundai’s Fluidic design philosophy. The higher trim variants of the Vios also come with fancier stuff like larger allow wheels, a pair of fog-lights, and a rear spoiler. 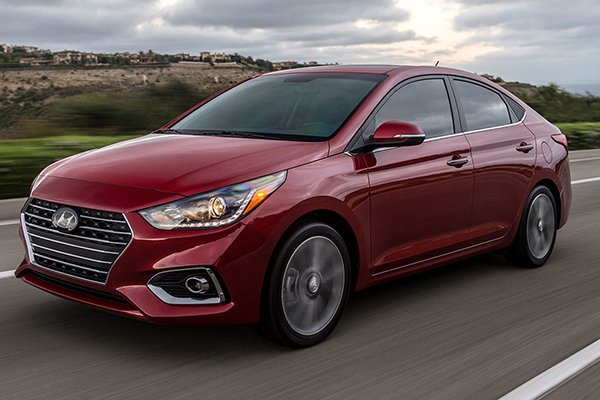 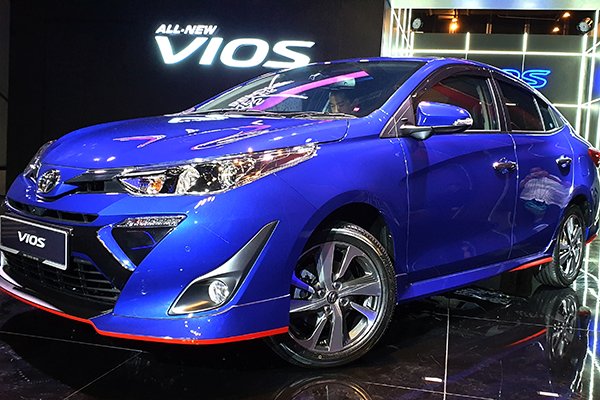 For us, the styling on the 2019 Vios is louder while the Accent is subtler. Take your pick.

With respects to how well equipped they are, the Vios’s variants except the 1.3 Base MT actually come with a touchscreen unit as standard. While the Vios and the Accent both have USB and AUX ports, Bluetooth connectivity, hands-free calling, AM/FM radio and a decent sound system, all variants of the new 2019 Hyundai Accent only comes with a 3.8” LCD Display Radio with a USB and AUX port.

So in short, a Accent vs Vios fight in terms of on-board entertainment will always have the Toyota-made sedan on top. All variants of the new Accent only comes equipped with a 3.8” LCD Display Radio with a USB and AUX port 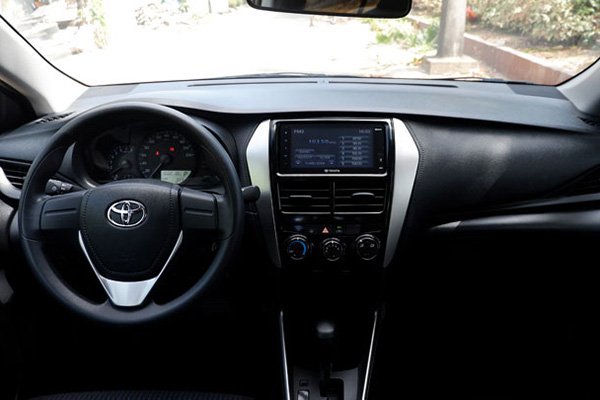 While just about the same in arrangement, some Vios variants just has more in terms of entertainment amenities

To further clarify the difference between the Vios and the Accent, here’s a table listing the interior features of their respective top of the line variants, the 2019 Toyota Vios 1.5 G Prime and the 2019 Hyundai Accent Sedan 1.6 GL

>>> Refer to our full-scale review of each model for full specifications:

In the Vios vs Accent debate, this category is where the Vios falls short.

The current Hyundai Accent, just like its predecessor, comes in two engine options: a 1.4 liter which produces just about the same power as the Toyota Vios’s 1.3 liter mill and a much more powerful 1.6 liter Diesel that can make 128 horsepower and 260 nm of torque. The Accent’s 1.6 liter diesel is also much more powerful in comparison to the Toyota Vios’s 1.5 liter variant which makes only around 106 horsepower and 140 Nm of torque.

While being one of the very view diesel-powered sedans here in the Philippines is impressive unto itself, that amount of power for a B-segment sedan makes the Accent the top dog when it comes to both raw acceleration to weight ratios and power to peso ratio.

Another point of contention in the Toyota Vios or Hyundai Accent debate is the sudden switch of the Toyota Vios 2019 from the traditional automatic transmission to CVT. That alone opens up its own respective can of worms that we’ll have to talk about in another article but regardless, a good many people liked it but a great many others didn’t.

>>> Browse our Cars for sale section to get the best car deals out there!

As for safety equipment, the 2019 Toyota Vios comes standard with dual front airbags, side airbags, curtain airbags and knee airbags for a total of seven which is an impressive improvement in the part of Toyota.

In comparison, the 2019 Hyundai Accent actually has a variant that doesn’t have airbags at all and while a great many people are tempted because of its cheaper price, an Accent without an airbag was actually tested by the Latin New Car Assessment Program and it did abysmal.

And to further drive the disparity between the Vios and the Accent with regards to safety, the Top of the line Accent doesn’t have an anti-lock braking system, EBD, or stability control. These are features that are now available even on the 2019 Toyota Vios 1.3 Base MT.

For this comparison article, we will only list the sedan variants for the 2019 Hyundai Accent as the hatchback variants outright belong to another vehicle class.

While there are indeed variants of the Accent that are cheaper than the Vios’s base models, the Toyota-made sedan just outright provides much more value for your money upon considering what you’ll use your vehicle for. That’s either as a family sedan or as a commercial passenger vehicle.

In both of those purposes safety is a big issue and is probably more important than raw horsepower. If you’re the more adventurous type though who prioritizes the aforementioned more than airbags and safety gear, then you might be more home with a CRDi Accent. Also there’s issue of on-board entertainment which the Vios model line has more. As a last note, however, this Accent vs Vios comparo is just a reference for you, especially if you’re currently in the hunt for a new, affordable sedan. Some of the above are just our opinion which we have based on how the two vehicles are compared to each other spec-wise as such, there might be more to it than what we’ve discussed especially when long-term ownership and maintenance are concerned. While the 2019 Vios's styling can be loud, it can actually look rather elegant in some subtler color choices