Hyundai Philippines came under new management in 2022. Together with that, it introduces a whole new lineup which includes the all-new Creta. This replaces the Kona as the brand’s entry into the very competitive subcompact crossover segment.

But how does it compare to the likes of the Geely Coolray? To find out, let’s compare the Creta GLS against the Coolray SE Sport. We picked those two trims because both are top-spec models, and both sit above the Php 1.2 million range. The Geely crossover is the longer and wider model on paper. This might translate to better elbow room and legroom inside. Then again, the Hyundai model gets a longer wheelbase and more height. Moving on to exterior equipment, both the top-spec Creta and top-spec Coolray are kitted out with LED headlamps, LED daytime running lamps, and power-folding side mirrors.

The Coolray does come with a panoramic sunroof, automatic headlamp controls, and a power liftgate, all of which are unavailable on the Hyundai model. On top of those, the Geely Coolray also gets a larger 18-inch set of wheels, whereas the Hyundai Creta comes with a smaller set of 17-inch wheels.

Both the Hyundai Creta and the Geely Coolray offer a comfortable cabin for up to five occupants. Both come with leather or leather-type seat covers, a 60:40 split folding rear seat, and automatic air-conditioning. Both also have an ample amount of cup holders and storage cubby holes.

These two crossovers also make things easier for their drivers thanks to having a push-to-start button, a tilt-and-telescopic steering column, and cruise control. The Coolray SE Sport does provide a power-adjustable driver’s seat, which isn’t present on the Creta GLS. For on-board entertainment, the Hyundai Creta GLS gets an eight-inch touchscreen with Apple CarPlay, Android Auto, and USB connectivity. In turn, the Coolray SE comes standard with a 10.25-inch screen with QDLink smartphone mirroring.

The said screen on the Geely model is much larger compared to the Creta’s, but the latter arguably has more in the way of connectivity options. On the flipside, the Coolray is linked to a set of six speakers, while the Creta GLS only gets four. That might mean better sound out of the Geely model. A peek inside the Coolray' cabin

Both also come with an ample amount of USB ports for charging gadgets. Then again, the Creta GLS does get a wireless charging pad while the Coolray does not.

On top of those standard safety bits, both also get blind spot monitoring and tire pressure monitoring. The Creta, however, does have more in the way of driver-assist features. These include lane-keep assist, lane following assist, forward collision avoidance assist (emergency braking), and driver attention warning. The Coolray does have some safety features that aren’t present in the Creta as well. Among these is an active parking assist system, hill-descent control, and a 360-degree camera array.

For airbags, the Creta GLS and the Coolray SE both have dual front airbags. The top-spec Geely model however, adds on to that with its side airbags, and curtain airbags.

When engines are concerned, these two crossovers are very different beasts. For the Hyundai, it uses a 1.5-liter naturally-aspirated inline-4 that’s paired with the brand’s intelligent variable transmission. With this setup, it can make up to 111 horsepower and 144 Nm of torque. The Hyundai Creta during its launch back in August 2022

The Coolray in turn, utilizes a 1.5-liter inline-3 turbocharged gasoline engine that can churn out up to 177 horsepower and 255Nm of torque. It is then paired to a seven-speed wet-type dual-clutch automatic gearbox.

Both are similar in that they have a displacement of 1.5-liters. The Coolray however, does get one less cylinder, but then again it has a turbo. The result is a significantly more powerful tune compared to the Creta. Their other mechanical bits though, are a bit more similar. Both use a set of ventilated front and solid rear disc brakes, a MacPherson strut front suspension, and a torsion beam rear suspension. Both are also front-wheel-drive. Do you like how the Creta looks from the rear?

The Coolray might also attract those with parking difficulties because due to its active park assist, it can park itself. Plus, it comes with a 360-degree view monitor, and it might also prove to be safer in a crash due to having more airbags. Then again, the Creta GLS has more driver assist features which can prevent a crash from happening in the first place.

The Creta might also prove to be more attractive for penny pinchers since it has a lower starting price. But then do note that the Coolray’s top-spec model is a tad cheaper compared to the Creta GLS. Or do you prefer the Coolray's rear end?

The Hyundai subcompact crossover also gets a smaller but better headunit. We say that since it gets Apple CarPlay and Android Auto, both we think are deemed important by many car buyers today. Plus, it also gets a wireless charging pad for even more convenience. 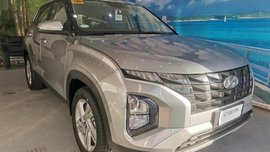 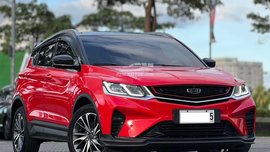