Oct 28, 2019
Click here to find out once and for all which is better in terms of specs, the Honda City vs Mazda 2. Two of the most popular subcompacts available in the Philippines today!

Just look at any road here in the Philippines and its plain for you to see that the most abundant vehicle type in recent years are compact sedans. And one of those most common models here is the Honda City. There are alternatives though and one of the most notable is the Mazda 2.

While you might argue that the Honda City is indeed the more dominant brand in the country, the Mazda 2 does have its merits as a compact car model.

As such, we here at Philkotse.com are in the mind to compare those to compact sedans against each other in terms of exterior styling, how comfortable and well design their interiors are, their safety equipment, and overall specifications.

To reign in this article’s length and complexity though, we’ll only compare each of these model’s top variants; the Honda City 1.5 VX+NAVI CVT and the Mazda 2 1.5 SKYACTIV R AT. Which gonna be your sedan: Honda City or Mazda 2?

As you can see from the table above, the Honda City has a much longer wheelbase and is a bit taller than the Mazda 2. While legroom and elbowroom are great on both of these cars, the Honda City’s 536 liters of space is superior.

Though that the Mazda 2’s rear passenger seats can be folded down, once in use, the trunk only amounts to around 280 liters. Also, note that people taller than 5’11’’ will have some difficulty with the Mazda 2’s roof especially with the rear seats. The Honda City is a modern, well-put-together sedan

In terms of design, the Kodo design language did much to improve the proportions and stance of the Mazda 2. And if we compare the 2 to the Honda City, then the latter is a beefier looking and more angular. From the front, we think that both sedans do emit an equal amount of aggressiveness and sportiness. 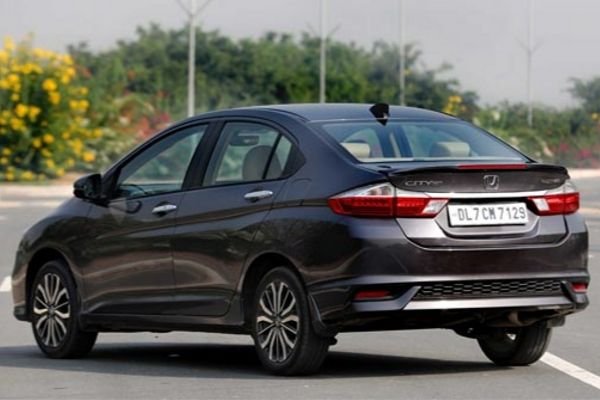 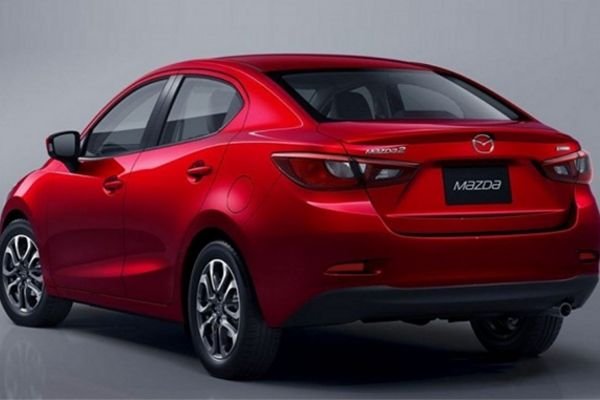 Which has the sexier rear? The redhead or the brunette?

>>> Check out the in-depth review of these two sedans:

In terms of interior build quality, both vehicles provide great value for your money. Both use around the same amount of soft-touch surfaces. Both sedans have black interior themes that tend to be easy to clean and can resist wear and tear and stains, while also being easy on the eyes.

On the Mazda 2 2019 though, we rather like the positioning of the touchscreen. It is quite visible for the person sitting on the driver’s seat while it doesn’t actually impede your line of sight. For the Honda City, it’s interior has a lot of tactile buttons and switches. And in our opinion, the set of speakers aboard the Honda offering sounds a bit better than the one on the Mazda 2. 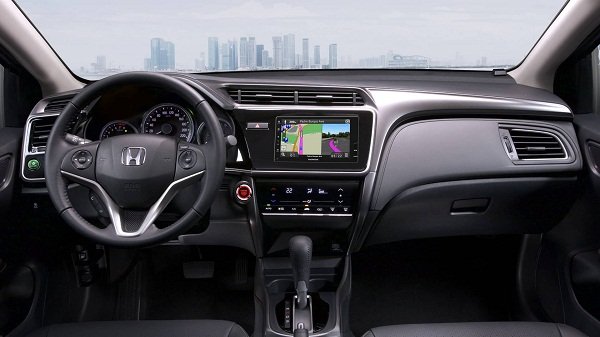 Lastly, we rather the automatic type AC that’s controlled by touch panels found aboard the Honda City are much more advanced that the automatic single-zone temperature control aboard the Mazda 2.

When it comes to safety equipment, both of these models are fairly competent. Both have dual front airbags, side airbags, and curtain airbags. Other safety features on both the Mazda 2 and the Honda City are ABS with EBD, engine immobilizers, stability control, and ISOFIX. 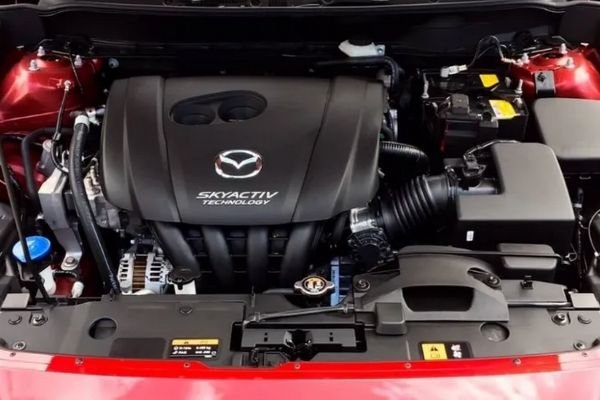 And the 1.5-liter VTEC inline-4 on the Honda City

>>> Check out the latest price list & installment for Honda City

The top-spec variants of the Honda City and the Mazda 2 only have a difference of Php 13,000, in lieu of the City’s cruise control and other features not found on the Mazda 2. Beyond that though, the range of prices of these model’s variants are equally spread out to accommodate a wide array of possible budgets.

While there are more popular models within the same market segment like the Toyota Vios, the Honda City and the Mazda 2 are two of the most competent choices available today. The City has a quiet and roomy interior, whilst the Mazda 2 is definitely a fun drive.

Take note though that the story might be a little different when it comes to these vehicle’s cost of maintenance, parts availability and those kinds of considerations when owning a vehicle. While Mazda has been improving in that regard for the past few years, Honda is an industry veteran and for a number of years now has won high praise for keeping up its customer satisfaction rating.

In the end, both vehicles are fairly competent for what they are. They provide good value for your money and will definitely provide the comfort you and your family needs from a sedan. 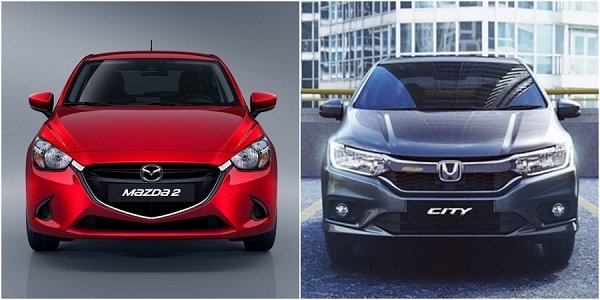 Please check out our Car for sale section to look for more affordable car models.