As most will know by now, the crossover segment is a particularly hot market in the Philippines. In December 2021 GAC Philippines brought in the all-new GS4 and it looks to compete and even undercut many of its competing models in the market. Last year, Ford Philippines introduced the Territory. It is abundant with features, and it promises to provide oodles of comfort and practicality in exchange for a reasonably affordable price.

So, which is better on paper? The all-new GAC GS4 or the Ford Territory? To find out, we’ll be comparing the GAC GS4 1.5T GDI AT against the Territory Trend 1.5 EcoBoost CVT. The latter is the entry-level trim for the Ford-branded crossover, and it’s closer in price to the GAC model. The GAC GS4 from the front

Size-wise, the Ford model is significantly longer and wider than the GAC model. It’s also a bit taller, and it has a longer wheelbase as well. As for exterior equipment, both the GS4 and the Territory come standard with LED headlamps, LED daytime running lamps, and LED taillights. The Ford model does have front fog lamps, which are absent on the GS4.

Both crossovers also ride on a set of 17-Inch alloy wheels.

Inside, both the GAC GS4 and the Ford Territory Trend can seat up to five occupants. Both are equipped with tilt-only steering columns, a push-to-start button, leather (leatherette for the GS4) seats, a manually adjustable driver’s seat, and automatic air-conditioning systems with rear vents.

A thing to note about these two models is that both of them come with a sunroof. This makes them among the most affordable cars in the Philippines that are equipped with such a feature.

While both cars are on-par with each other when it comes to providing comfort, the Ford model provides a slightly better headunit. Specifically, its touchscreen measures 10-inches, which is of course larger than the 8-inch unit available to the GS4. Compare the GS4's interior (left) with the Territory's interior (right) using the slider.

And lastly, the Territory Trend comes with an auto-dimming rearview mirror, which is unavailable on the GS4.

Powering the GAC GS4 is a turbocharged 1.5-liter inline-4 gasoline engine. At maximum, it can produce up to 166 horsepower and 265 Nm of torque. It then uses a six-speed dual-clutch gearbox, which sends power to its front wheels. A peek into the GS4's engine bay

Meanwhile, the Ford Territory Trend uses a 1.5-liter EcoBoost inline-4 gasoline mill capable of making up to 141 horsepower and 225 Nm of torque. It is also a front-wheel-drive (FWD) model, but it uses a continuously variable transmission (CVT).

To sum it up, the GS4’s engine is significantly more powerful than the Territory’s engine. Other than that, both vehicles use a MacPherson strut front suspension and a multi-link rear suspension. Like many modern cars, the Territory's engine is all covered up

Both models also have front and rear disc brakes, as well as an electronic parking brake with an auto-brake hold function.

Safety-wise, the Ford model gets more airbags than the GAC GS4. The latter has 6, whereas the GAC model has 4.

Beyond airbags however, both vehicles are largely comparable to each other when it comes to safety kits. Both come standard with anti-lock braking with electronic brake-force distribution, stability control, tire pressure monitoring, ISOFIX child seat anchors, an engine immobilizer, a security alarm, hill-start assist, and a reverse camera.

The GS4 and the Territory Trend also have standard cruise control.

As one can see, GAC Philippines is positioning the GS4 to be a market shaker. With the features and power it provides for its price, it is set to undercut the competition. Do you like how the GS4's looks from the rear?

The Territory in turn is priced slightly higher but it does get more in the way of airbags. It also has a better infotainment system than the more affordable GS4, plus it might be more spacious due to its slightly larger overall size.

So, do you think that the GAC GS4 is a match against the Ford Territory? Or do you prefer the Territory's rear end?

For more comparison articles like this, keep reading here on the Philippines’ largest automotive portal. 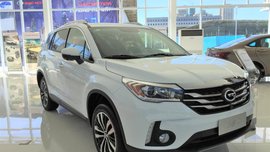 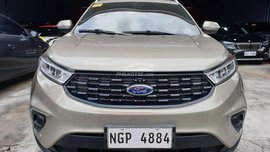