I. Subaru WRX STI for sale in the Philippines: Overview

The Subaru WRX STI has always been a mainstay, dominating the sport-compact scene. Images and videos of the little blue bugger ripping through the woods driven by the legendary Colin Mcrae fill the internet and the hearts of all boy racers.

It was the natural rival to the now-defunct Mitsubishi Lancer Evolution. The current model was refreshed last year, omitting the front fog lights, replaced by larger air intakes and thinner front grill, the current model is sleeker and more refined looking than the pre-facelift model but you will be hard-pressed to figure out the changes.

With the mid-cycle refresh does the Subaru WRX STI live up to all our expectations and deserve your hard-earned money? The Subaru WRX STI generally retains its boxy look when it was first released. Featuring a 3-box design it ditched the round design of its predecessor. Many fans may be split with the creative design decision Subaru made for the WRX STI, but if you looked at it in a vacuum, the design does not look half bad, it even comes up as menacing.

Every time I come across a Subaru WRX STI, I can’t help but admire it’s bulging side fenders that wrap around those wheel arches. The 18-inch mags are shod with 245 45 r18 tires that make the vehicle’s stance even more aggressive. 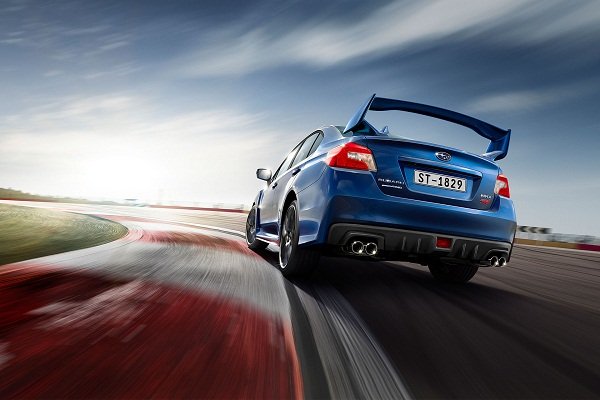 For the 2020 Subaru has curiously omitted the insane rear wing which has always been a staple for WRX STIs of old. This makes the car even less distinguishable from its almost capable but much cheaper sibling the Subaru WRX.

Thankfully you have the pink STI badge in the rear to remind everyone that this is the top-dog of the Subaru Line-up. I am certain that Subaru has their own reasons as to why it was omitted but fans, myself included, are clamoring to have it back.

Inside the Subaru WRX STI, you will find that it still holds on to its compact-car roots, albeit more spruced up. The interior theme evokes dark undertones. The seats are comfortable with a combination of leather and suede materials. The gauge clusters now feature white type-face instead of the more traditional STI red.

You also get a 7-inch screen to control Subaru’s Starlink infotainment system. It gives you access to the car’s entertainment and vehicle controls as well as navigation capabilities, it does not, however, have Android Auto or Apple CarPlay which is quite an odd omission considering many modern compact cars have this as standard. It does feature a truly cavernous interior space, with 60/40 split for the rear seats, enabling you to load your vehicle with larger items. You don’t consider buying a WRX STI for its interior amenities or space though.

Beating within the heart of the Subaru WRX STI 2020 is the aging but still capable 2.5 liter 4-cylinder boxer engine designated EJ257. This is a carryover from the previous model, but you know what they say, if it ain’t broke, don’t fix it, right?

Stepping on the accelerator or even on idle you will hear the distinct Boxer engine burble which you won't find on the lesser Subaru WRX. It makes 296hp and 407Nm of torque. Power goes to all 4 wheels with a 6-speed manual transmission, no automatic transmission is available. You will have to settle for the WRX to have that. 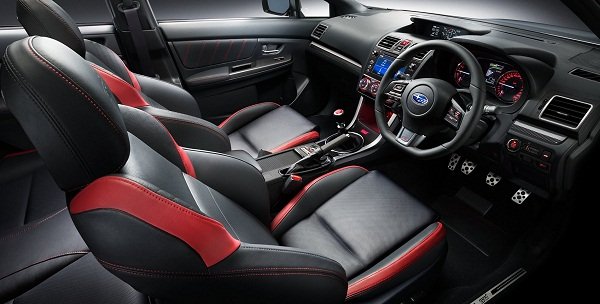 The Subaru WRX STI is one of those vehicles that transcends all logic and is more of an emotional purchase. There are faster, cheaper and more practical vehicles out there but nothing beats the Subaru WRX STI for what it offers; an all-wheel-drive track machine for the people. The iconic EJ25 is getting long in the tooth but if it ain't broke...

>>> Widen your search in our Cars for sale sections for more options.

>>>Also check out: Monthly-updated price list of all car brands in the Philippines.

III. Subaru WRX STI for sale in the Philippines: To buy or not to buy? Are you ready for this stunning Sport Sedan?

V. Subaru Wrx Sti for sale in the Philippines: About Subaru Philippines 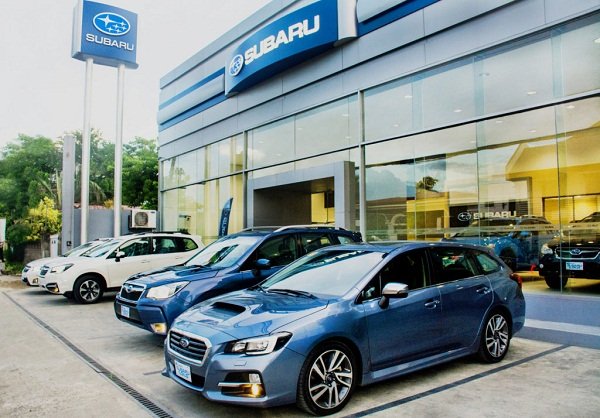 Subaru Philippines has the vehicles distributed by The Motor Image Group which is owned by the Hong-Kong based Tan Chong International Limited or TCIL. And the current lineup from this car brand consists of the Impreza, XV, Levorg, Legacy, Outback, Forester, WRX, BRZ and of course, the WRX STI.

How fast is the Subaru WRX?

Is a WRX considered a sports car?

Neither the WRX nor STI are sports compacts. They are souped up versions of econo cars. People defines Sport Car by how it looks and how fast it is: usually those aggressive, big wheels, 2 door, lowered cars.

Is the WRX a good daily driver?

The 2020 Subaru WRX is a proven sports sedan with strong turbo power from either of its two available engines. The base WRX rides well enough and responds easily enough to be a comfortable daily driver. Its 268-horsepower turbocharged flat-4 engine is relaxed around town.