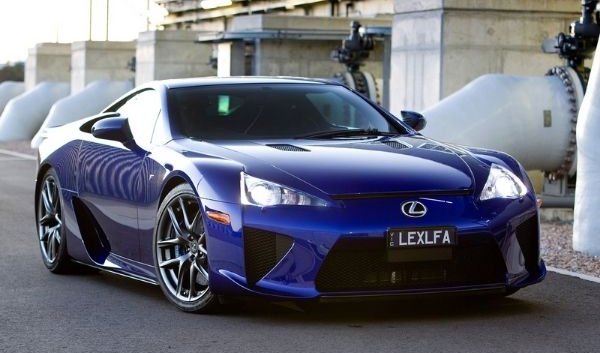 The Lexus LFA is a stunning two-door, two-seater world-class supercar meticulously designed and conceptualized for 10 years. It features a lightweight Carbon Fiber Reinforced Plastic (CFRP) body structure highly detailed with gorgeous curves and streamlined edges. Inside, luxury extends as it is packed with premium driving and passenger features guaranteed to provide a safe and comfortable riding experience. The Lexus LFA is powered by a 4.8-liter V10 engine. It comes Whitest White, Pearl White, Metallic Silver, Pearl Gray, Pearl Brown, Pearl Blue, Pearl Yellow, Pearl red, Red, and Black. For those wanting a different shade, Lexus offers another 20 optional colors that will liven up your Lexus LFA.

The initial prototype of the Lexus LFA was finalized in June 2003. Two years later, the concept was revealed at the 2005 North American International Auto Show.

A roadster variant of the Lexus LFA was unveiled at the same auto show in January 2008. In the same year, it was introduced at other prestigious motor shows such as the Pebble Beach Concours dÉlegance and the Geneva Motor Show.

To show its incredible performance, the Lexus LFA concept sports car participated at the Nurburgring Langstrecken Serie. Finally, the production model of the Lexus LFA was introduced at the Tokyo Motor Show in 2009.

In the Philippines, the Lexus LFA was launched at the grand showroom of Lexus Manila Inc. at the Bonifacio Global City, Taguig in October 2011.

Highlights include the wide front ducts, a striking pair of razor-sharp headlights with cleaners, inlets with rubber seals on the front bonnet, outstanding wheel arches, a speed-operated rear wing with a Gurney flap,  rear fog lamps, and twin heat ports under the contemporary-designed LED tail lamps.

The interior of the Lexus LFA is premium as it is polished with Alcantara, leather, and metal finishing offered in a wide array of colors. Notable features in the cabin include the manual tilting CFRP steering wheel with a telescopic steering column, LCD panel with a colored TFT,  auto-adjusting power seats with heater, dual-zone air conditioning system, and power doors and windows.

The Lexus LFA is equipped with a seven-inch HDD navigation system. For entertainment, it comes with Mark Levinson premium surround sound system with an audio jack and Bluetooth connectivity.

The Lexus LFA is a front-mid engine rear-wheel-drive sports car that runs using a 4.8-liter 10-cylinders V10 1LG-GUE type engine. It is paired with a six-speed Aisin SA6 automated manual transmission guaranteed to produce 552 horsepower with 480 Newton meters of torque. 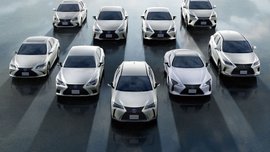 A solid foundation for its future electrified models.