If you’re looking for a more convenient way to view the Chinese carmaker’s vehicles online, you may visit Philkotse.com. The user-friendly site also offers a wide array of other world-renowned car brands that you will adore. Also, you may check out exciting news and promos.

FAW Haima Automobile Co., Ltd, or commonly known as Haima, is a Chinese automobile company initially formed through a partnership between the Hainan provincial government and Japanese automotive giant Mazda Motor Corporation. Haima Mazda Motor Company was established in the 1990s to produce Mazda vehicles for the Chinese market. During their venture, they released the Haima HMC6470 powered with a 2.0-liter four-cylinder engine. Their other models run using a 2.2-liter four-cylinder engine from Toyota. It was paired with a four- to five-speed manual or automatic transmission.

In 2006, Chinese state-owned carmaker First Automobile Works or FAW Group bought the shares of Mazda. FAW Group is acclaimed for producing the first passenger car in China. Also, the innovative company is part of the “Big Four” car builders in their country.  It includes SAIC Motor, Dongfeng Motor, and Changan Automobile.

At present, Haima is one of the largest selling carmakers in China and one of the biggest-selling Chinese car brands in the world. In 2018, the company started to build a production plant in Bulgaria, making them the second successful homegrown Chinese company to manufacture outside their country after Great Wall Motor.

Currently, Haima Philippines has 5 new car models in the local market. The Haima 2, Haima S5, Haima M3 are the most well-known models from Haima in their respective car segments.

The list below shows the top Haima dealerships on Philkotse.com. To find a contact number, address, and further information on other showrooms in your area, please visit our page for Haima Philippines’ dealerships.

The Haima M3 is one of the best alternatives if you’re looking for a budget-friendly subcompact sedan. It features a polished and modern exterior detailed with the latest innovations fit for modern-day driving. Inside, it offers a spacious cabin furnished with useful driver and passenger amenities guaranteed to deliver a safe and comfortable riding experience. In the Philippines, the Haima M3 is offered in two exciting variants: the Haima M3 1.5 Standard MT and the Haima M3 1.5 Elite SE CVT. It comes in Snow White and Oriental Red.
Learn more View listings
Variants and price list

The Haima S5 is a compact SUV ideal for families who want a versatile and reliable carrier under a budget. It features a sporty, modern, and well-built exterior meticulously designed with sleek lines, chrome highlights, and pleasing curves. Inside, it offers a spacious cabin splashed with the latest driver and passenger amenities meant to provide the utmost safety and comfort. City cruising and rural driving is always a memorable experience courtesy of this stunning SUV. In the Philippines, the Haima S5 is offered in four exciting variants: the Haima S5 1.6 Elite MT, the Haima S5 1.6 Deluxe MT, the Haima S5 1.6 Noble MT, and the Haima S5 1.5 Turbo Elite CVT. You may choose from Aurora Green, Bordeaux Red, Everest White, and Oriental Red.
Learn more View listings
Variants and price list

The Haima S7 is a compact SUV designed for buyers who want a fairly-priced vehicle with overall reliability and good performance. It features an athletic exterior finely detailed with dramatic curves, sculpted lines, and a powerful, mighty stance. Inside, riders will adore its roomy cabin furnished with contemporary driver and passenger amenities meant to provide a pleasurable riding experience every time. Whether you are cruising in the city or going for an adventure on challenging roads, you can rely on this well-built SUV. In the Philippines, the Haima S7 is offered in the two exciting variants: the Haima S7 1.8 Turbo GL MT and the Haima S7 1.8 Turbo STD AT. It comes in Deep Black, Amber Gold, Steel Gray, Moondust Silver, and Diamond White.
Learn more View listings
Variants and price list

The Haima V70 is the Chinese carmaker’s first compact multi-purpose vehicle meant to rival popular models in the market today such as the Toyota Avanza, Toyota Innova, Honda Mobilio, and the Mitsubishi Expander. It flaunts a mighty and elongated body detailed with subtle lines, refined curves, and contemporary features specifically designed for modern-day driving. Inside, six to seven riders will enjoy its spacious cabin fitted with modern amenities that guarantees their comfort and safety. In the Philippines, the Haima V70 is available in the following variants: the Haima V70 1.5 Turbo Deluxe 7-Seater and the Haima V70 1.5 Turbo Deluxe 6-Seater. It is offered in Minette Brown, Grace Purple, and Diamond White.
Learn more View listings
Variants and price list 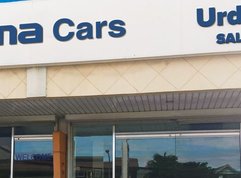 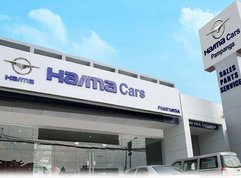 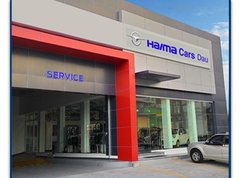 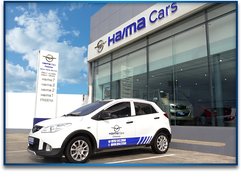