How does it feel behind the wheel of the Mitsubishi Mirage G4 GLS 2013?

In our previous part, detailed review about the Mitsubishi Mirage G4 GLS 2013 has been thoroughly discussed in terms of its Exterior styling & features as well as Interior layout and amenities. To continue our Mirage G4 owner review series, in this post, Philkotse.com will focus on its Controls, Engine and performance. Most common issues of this subcompact sedan are unveiled in our final part.

The leather-wrapped steering wheel has the right heft which makes it easy to grip, and features two-way tilt adjustment. One of the steering wheel’s panels has a remote button for the audio system’s volume, mode and track selection, which I found rather redundant since the head unit is within easy reach. Leather steering wheel with audio controls. The silver finish on the panels tends to wear off with extended use.

Worse, the remote is powered by a CR2354 dry cell battery instead of being connected directly to the car’s power supply, which means the panel has to be removed to access the battery once it runs out and needs replacement. It’s an inconvenient affair to say the least, which runs the risk of loosening the panel over time.

The Mirage G4 has an engine start/stop button, again similar to more upscale (and expensive) models, although it happens to be located to the left of the steering column, presumably to prevent curious passengers from pressing it and accidentally turning off the engine in the middle of a drive. A 7-inch touchscreen head unit comes standard on the Mitsubishi Mirage G4 GLS 2013, with Bluetooth handsfree functionality for when you need to take calls while driving. The system also features onboard GPS (no real-time traffic data though), with maps saved on a microSD card that goes into a slot on the right side of the display. For entertainment, the unit has an AM/FM radio tuner, CD/DVD slot, and iPod connectivity via USB slot or AUX port, with output played back through four speakers. The interface can be occasionally sluggish, especially when selecting songs on my iPod Classic, and the tracks inexplicably alternate between stereo and mono when the GPS is enabled. 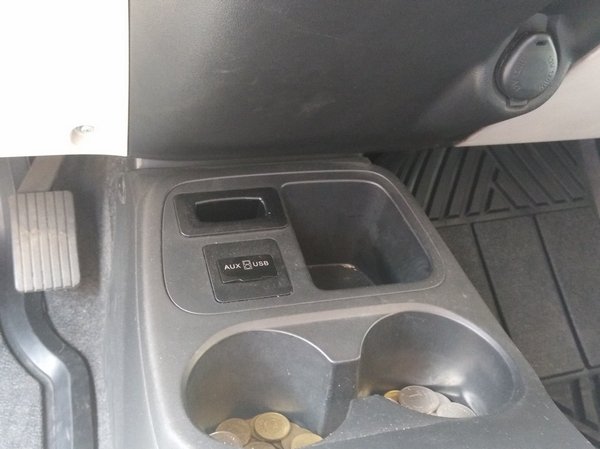 Additionally, there’s a menu function which enables the driver to monitor the car’s tire pressure in real time, but this works only if you purchase the optional tire pressure sensors.

Another interior feature on the Mitsubishi Mirage G4 2013 is automatic climate control, utilizing electronic buttons instead of knobs and dials. Cooling power is adequate, especially on summer drives, although I find myself wishing that it still had second-row vents for the passengers. The side vents open and close using three overlapping panels which I found a bit flimsy, especially if you try mounting a smartphone on them. Meanwhile, the central vents can only be tilted up, down and sideways, but never closed. The G4's climate control. Note that the AUTO mode adjusts fan speed only, not the thermostat.

The Mirage G4’s instrument panel uses a large analog speedometer at the center and an analog tachometer on the left side. The right side houses indicator lights such as those for ECO Assist, door ajar, engine temperature, airbag, check engine and so on. While it simplifies the information fed to the driver, the indicator lights can be confusing at times; for instance, a red engine temperature lamp only warns you that your engine is about to overheat, but doesn’t say by how much, which can be quite panic-inducing.

The multi-information display below the speedometer displays average fuel consumption as well as odometer, trip meter, remaining fuel and approximate range readings. I noticed that driving upwards on inclines adds to the display segments showing the remaining fuel supply, meaning that the fuel sensor is likely located at the rear of the fuel tank. Users can switch between miles and kilometers for unit measurement. FAST key remote with buttons to lock and unlock the alarm, as well as opening the trunk remotely. Emergency key at the right

Both GLS variants of the hatchback and the sedan come with a FAST key module, basically a low-power radio transmitter that lets you start the car as long as the key is inside, without having to place it on the key slot. It has dedicated buttons to remotely lock and unlock the doors, plus a third button that opens the trunk even from a distance, which is a neat parlor trick to show off to friends and strangers alike.

Both the hatchback and sedan are known for having feather-light pedals; so light in fact, that the first time I drove the car away from the dealership, I stalled six times on the road. The manual variant has quite the unforgiving clutch, so you need to find that sweet spot between overrevving and stalling the engine every time you engage the gears. The gearshift lever could have had shorter throws, but in any case, the Mirage G4 isn’t exactly advertised as a sport model.

>>> Read more: Mirage G4 vs Vios: Who takes the honor in B-segment sedan

A 3A92 1.2L 3-cylinder DOHC gasoline mill powers the Mirage G4, same as the hatchback. The engine’s 77 hp output may not be that much, but it’s apparent that the Mirage G4 has been cleverly engineered in terms of weight (even the top of the line Mirage G4 CVT variant weighs less than a ton) and aerodynamics, contributing much to the car’s frugality in terms of fuel consumption. And the addition of MIVEC technology allows the 3A92 to optimize valve timing on the intake phase, making the engine more efficient despite its size. The result? Both the Mirage and the Mirage G4 share the same 21 km/l fuel consumption figure claim. In real-world usage, I manage between 14 and 17 km/l across city and highway driving. I’ve even made a game out of making the ECO indicator light up on every trip just, to see how efficient I drive.

Our Mitsubishi Mirage G4 GLS 2013 was broken in with a 400-km drive to Legaspi City from Metro Manila, on a single tank of gas and with a trunk full of cargo. By the time we reached our intended destination, we still had two remaining segments (out of eight) on the tank, good enough to go all the way to Sorsogon.

Although the engine was intended to sip fuel with a raised pinky, it can still let you have fun on the side. I managed a brief 140 kph sprint on a stretch of highway in order to overtake a slow-moving truck. Even uphill climbs never posed a problem for the little engine that could, effortlessly negotiating the roads leading to Antipolo, Quezon National Forest Park in Atimonan, and even MacArthur Highway on the way to Baguio. 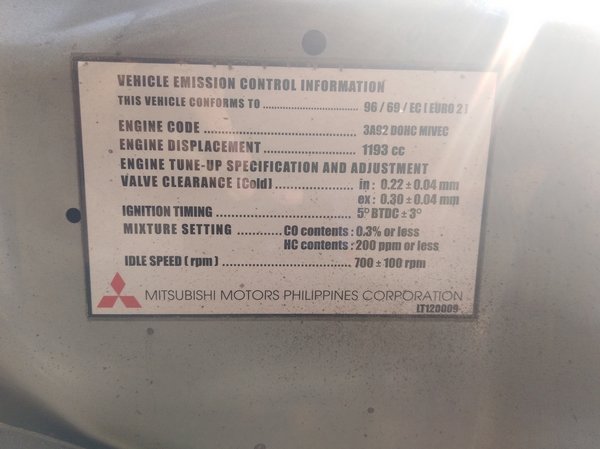 To reduce excess weight even more, the Mirage G4 uses electric power-assisted steering, instead of hydraulic power steering on larger models. While this makes the tiller lighter and more maneuverable, it also tends to reduce driver engagement with the road, since the heft is reduced and the steering feels more detached. At least the Mirage G4’s 4.8m turning radius comes in handy when driving around narrow spaces, such as parking lots.

Our Mitsubishi Mirage G4 GLS 2013 also came standard with a front stabilizer bar, to help put it on an even keel during high-speed turns and over road imperfections. The standard ABS with electronic brakeforce distribution has served me well so far, especially when braking under less-than-ideal conditions. Since I can’t really vouch for how other motorists drive on the road, what really gave me peace of mind were the dual SRS airbags that can instantly deploy in case another vehicle crashes headlong into me.

And despite its size, the Mitsubishi Mirage G4 2013 is unbelievably robust, thanks to its RISE body that earned it a perfect five-star score from the ASEAN New Car Assessment Program (NCAP) for crash protection. I experienced it for myself when our Mirage G4 was pinned between two trucks as I was driving along the highway one night; four doors and a quarter panel were damaged beyond repair, but the passenger compartment was amazingly intact.

After looking through 2 parts of our review series for the Mirage G4, you must come up with your own consideration of this subcompact sedan about what it has to offer as a long-term partner on the road. However, in order to gain a comprehensive review of this vehicle, do not miss our final part discussing Mitsubishi Mirage G4 GLS 2013’s common issues coming up next on Philkotse.com. Stay tuned! 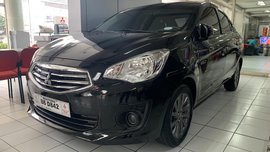