Honda BR-V vs Hyundai Stargazer: The duel of family-friendly rides

The local MPV market has undoubtedly ramped up in 2022. That’s because this year alone, several MPVs have entered the scene, thus presenting several options for those looking for their next family-friendly ride.

One of the newest MPVs on the block is the Honda BR-V. It replaces the old first-generation model, and it comes with a totally new exterior design, and plenty of new onboard features.

But how does it compare to the 2023 Hyundai Stargazer, another fresh-new MPV that entered the local scene in 2022? Let’s find out by comparing their top-spec variants against each other as they represent the best of what each model has to offer. That’s the GLS Premium for the Hyundai Stargazer, and the VX Honda Sensing for the Honda BR-V. Comparing sizes when choosing between two models is important as they might provide hints to how roomy they are, or if they even fit in one’s garage.

The Stargazer with its longer wheelbase, might offer more legroom, though both do come with the same width. The BR-V is longer overall, whereas the Stargazer is a bit taller off the ground. The Honda also gets a bit more ground clearance compared to the Hyundai MPV. The BR-V from the side

Moving on to exterior equipment, both models get LED headlamps, LED daytime running lamps, front fog lamps, and LED taillights. Only the Honda model gets an auto on/off function, but both offer automatic high beams.

Also common between the two MPVs are a power-folding side mirror, a rear wiper, a shark fin antenna, and a high-mount stop lamp. The Honda does get roof rails, while the Hyundai model does not. The Stargazer from the side

The Hyundai Stargazer also gets a smaller set of 16-inch alloy wheels, whereas the Honda BR-V rides on a set of 17-inch wheels.

As MPVs competing in the same segment, both the 2023 Honda BR-V and the Hyundai Stargazer offer ample room for up to seven occupants. In keeping its occupants comfortable, the Honda model might be better at this since it gets an automatic air-conditioning system. On the flip-side, the Hyundai model comes with a more basic manual climate control system. Inside the Stargazer's cockpit

Both do offer rear vents for their air-conditioning units. Both also have an ample amount of cupholders, and both also have USB charging ports for the second row, as well as a second-row center armrest.

When it comes to pampering their drivers, both MPVs are kitted out with a leather-wrapped multi-function steering wheel and gear shift lever, as well as a push-to-start button. Only the Hyundai though, gets tilt and telescopic adjustment, while the Honda is adjustable for tilt only. The cruise control system on the top-spec BR-V however, is adaptive, while the one on the top-spec Stargazer is standard. The Honda MPV also gets a simpler analog gauge cluster with a center digital screen, whereas the Hyundai comes with a fully digital meter cluster.

For onboard entertainment, the Honda BR-V gets a seven-inch touchscreen linked to a six-piece speaker system. Its connectivity options include standard, wired Apple CarPlay and Android Auto. It also has Bluetooth. The Hyundai Stargazer in turn, gets a larger eight-inch headunit with wireless Apple CarPlay and Android Auto. It also gets a six-piece speaker set, though it gets a wireless charging pad which is absent on the Honda model.

When engines are concerned, all the Honda BR-V variants come standard with a 1.5-liter inline-4 gasoline unit that can produce up to 119 horsepower and 145 Nm of torque. On the top-spec VX, this is paired with a continuously variable transmission (CVT) sending power to its front wheels. The Hyundai Stargazer meanwhile, uses a 1.5-liter inline-4 engine that’s good for 113 horsepower and 144 Nm of torque. It also uses a CVT (Hyundai IVT), and it is also front-wheel-drive.

If we consider the figures above, the BR-V makes a bit more horsepower. The differences in torque figures between the two though are marginal. Under the chassis of both the Honda BR-V and the Hyundai Stargazer is a MacPherson strut front suspension, and a torsion beam rear suspension. Both also get a front disc brake, a rear drum brake, and a hand-operated parking brake.

MPVs are commonly used as family rides. But which of these two has the better safety kit? Well for the standard bits that are expected on modern vehicles, both the BR-V and Stargazer are pretty much up to snuff.

The BR-V's cockpit is well-arranged

That’s because both come with anti-lock braking with electronic brake-force distribution, electronic stability control, dual front airbags, side airbags, side curtain airbags, ISOFIX child seat anchors, hill-start assist, an engine immobilizer, and a car alarm. The Hyundai does add on to those with a tire pressure monitor.

Both also get a reverse camera, though the Hyundai might prove to be easier to back into a parking spot due to its reverse parking distance warning system. A closer look at the Hyundai Stargazer's headunit

The Hyundai MPV does get some passenger-oriented safety features that aren’t present on the Honda. These include a rear occupant alert, and a safe exit warning system.

The Honda BR-V is generally up-to-par with the Hyundai Stargazer when it comes to being a family-friendly MPV. Both are seven-seaters, and both are spacious. There are however, some features that are present on the Hyundai MPV that aren’t available on the Honda. The Honda BR-V from the rear

Like we’ve stated above, the Hyundai has wireless connectivity for its infotainment system, plus a wireless charging pad. This of course eliminates the need for messy wires, which you’ll just have to deal with on the BR-V.

The Hyundai also gets two passenger-oriented safety features that aren’t present in the Honda. That’s the rear occupant alert, and the safe exit warning system. So which is better? Well, to get a real-world feel for each vehicle, we recommend giving each a test drive. Do note that the top-spec Hyundai Stargazer GLS Premium is a bit more affordable than the BR-V VX Honda Sensing. 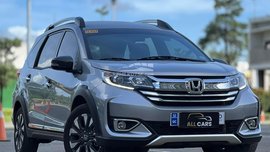 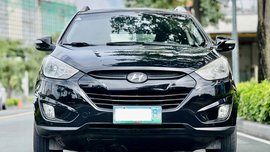