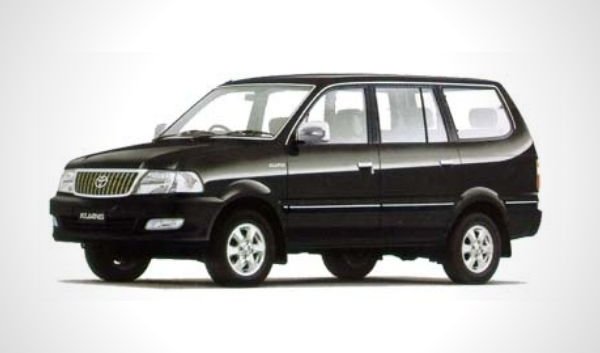 Toyota introduced to the market its AUV, the Toyota Tamaraw FX Revo in 1998. It is also referred to as an Asian Sport Utility Vehicle. It was developed in 1997 and later on sold in 1998. It has the same platform and chassis as the Toyota Hilux and Hiace. After the Toyota Revo, there were two generations that came after, the Tamaraw and Tamaraw FX. Its body style was retained and changes were only on the additional trims and refreshings. Toyota Revo together with its competitors took over the passenger car group in 2001. Under the Toyota group is the Corolla and another competitor is the Honda Civic.  The Toyota Revo or the Revo got its name from the word ‘revolution,’ according to an ad. The Revo can accommodate 10 people with two engines to choose from: 1.8 gasoline engine and 2.4 diesel engine. The 2.4 diesel engine is a popular choice for the Revo. Before the Revo terminated its production in 2005, the top variants the VX200 and the VX240 got leather upholstery and double DVD monitors. The last Toyota Revo was produced in February 2005. Currently, Toyota offers the Avanza, Rush, and Innova MPVs to serve as the brand’s people-haulers.

This Asian sport utility vehicle or the Toyota Revo or the Toyota Tamaraw FX Revo was developed in 1997 and sold in 1998. Its 2.4 diesel engine was a popular choice compared to its 1.8 gasoline engine. In February 2005, the last Revo was produced.

The Toyota Revo is a minivan/AUV (Asian Utility Vehicle). Its platform and chassis are the same as the Toyota Hilux and Hiace.

The Toyota Revo came out as a part of the Tamaraw FX family, however, the Revo is a new and different vehicle. When it comes to the shape of the Revo, it is more rounded which makes it an aerodynamic vehicle. It has a stronger powertrain. There are two engines to choose from in a Revo, the 1.8L OHV gas engine and the 2.4L OHC diesel engine. When it comes to the trims, there are five to choose from: the DLX, GL, GLX, sport runner, and LXV.

Getting inside a Toyota Revo, the driver’s seat is a two-person bench. It has an adjustable bench. Boot space is minimal especially if the third-row seat is up. Boot space becomes ample only when the third-row seat is pulled up. The steering wheel, dashboard, and controls are undeniably Toyota especially those of the 1990s models. There are no seatbelts for the third row. Headroom is limited to 1.7 meters.

For the safety features of a Toyota Revo, it has ABS brakes, driver and passenger airbags, and air conditioning.

Is the Toyota Revo an MPV?

No, the Toyota Revo was introduced to the Philippine market as an minivan/AUV.

What does Revo mean?

The Toyota Revo got its name from the word 'revolution'.

How many passenger can the Toyota Revo accommodate?

The Revo can accommodate 10 people.