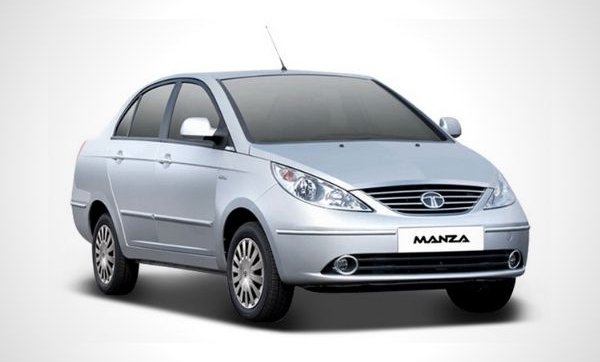 The Tata Manza is a sophisticated but affordable sedan manufactured by leading Indian carmaker Tata Motors Limited. It features a premium-looking exterior detailed with smooth edges, shiny chrome detailing, and a contemporary relaxed vibe. Inside, the Tata Manza is packed with modern comfort and convenience features drivers and passengers will adore. In the Philippines, the Tata Manza was offered in the following variants: the Tata Manza Ini and the Tata Manza Aura. It comes in Jet Silver, Spice Red, Cavern Grey, Porcelain White, and Infinity Black.

The Tata Manza, also known as the Tata Indigo Manza was globally presented on October 14, 2009.  It was based on the Tata X1 or the Elegante Concept that was unveiled at the Geneva Motor Show in 2007.

The first Tata Manza was offered with a 1.3-liter MultiJet diesel engine and a 1.4-liter Fiat fire gasoline engine. In 2011, the Indian carmaker released the Tata Manza Elan, a premium variant sedan complete with upgraded safety features and a lavish interior covered with Italian leather.

In 2012, the sedan received a dynamic facelift and was marketed as the Tata Manza “Club class”. The series featured two-toned exteriors with chrome detailings and an interior fitted with Italian upholstery paired with modern amenities.

In the Philippines, the Tata Manza was launched in July 2014 through the efforts of Pilipinas Taj Autogroup, its local official distributor.

Providing entertainment inside the Tata Manza is a 2-din audio system. In terms of safety, the sedan is built with a good number of airbags, an anti-lock braking system with electronic brakeforce distribution, collapsible steering column, an anti-theft immobilizer, keyless entry, three-point seatbelts at the front and rear, and child safety lock on the rear doors.

The Tata Manza was manufactured based on the Tata X1 platform. It is built with an independent lower wishbone McPherson Strut suspension with an anti-roll bar and coil spring at the front and a semi-independent twist beam suspension with hydraulic shock absorbers and coil springs at the rear. The sedan’s braking power is assisted by ventilated disc brakes at the front and drum brakes at the rear.

The Tata Manza is a front-engine, front-wheel-drive sedan. It was offered in a 1.3-liter diesel and a 1.4-liter gas engine. Both are paired with a five-speed manual transmission capable of producing 90 horsepower with 116 Newton meters.