2021 Kia Sorento Overview: What can we expect?

The car brands under the big Hyundai Motor Group are undoubtedly doing a great job in producing and designing new car releases.

In the country, the entry-level Kia Picanto got a subtle facelift that gives it a more aggressive appeal despite its affordable pricing. The Kia Stonic, on the other hand, comes with strong design features while keeping a low and affordable price.

With that, we can expect that Kia Philippines will be bringing the best-looking Sorento to date which is its fourth-generation model. Speaking of which, Kia’s midsize SUV has already made its debut in North America. From the looks of it, the Kia Sorento 2021 comes with an appealing styling that could compete well with its segment rivals in the Philippine market. The current Kia Sorento offered in the local market

Looking at the previous models which Kia Philippines currently offers, we can say that there are better midsize SUV options for its price point that starts in the P1.8-million mark. If Kia Philippines manages to bring the highly-improved Sorento, then the price just might do justice.

The fourth-generation Kia Sorento is redesigned from the front all the way to the back. The grille now blends purposely with the new LED headlight design that comes with boomerang daytime running lights (DRL). The front bumper is finished with black accents that complement well with the new tiger-nose grille. Going to the back, the rear end has also been redesigned to complement the modern design upfront. The bland taillights from the previous model are redesigned to a twin LED taillight that kind of shows resemblance to the Ford Mustang’s taillights.

The updated Sorento’s wheelbase is extended by 35 mm, while its overall length is extended by 10 mm. The design of the new model comes with sharper lines and better proportions that give the new Sorento its robust and sporty look. 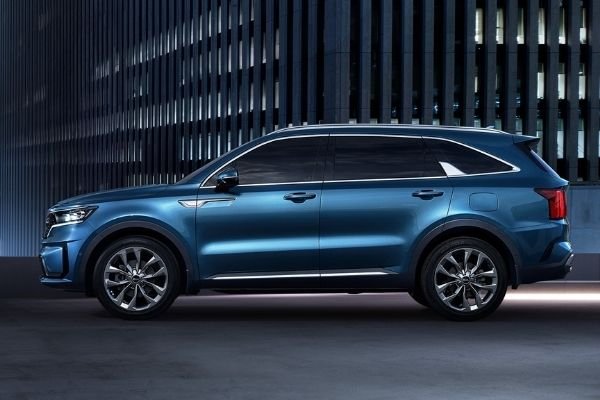 Under the hood, the fourth-generation Kia Sorento 2021 is still expected to come with the same 2.2-liter turbo diesel engine that makes 197 hp and 441 Nm of torque. Other markets offer a 3.5-liter V6 gasoline engine, but it is unlikely to be offered in the local market.

>>> Related: Buy a Kia Sorento at the price of a Sportage this month

Kia is further improving the Sorento in terms of its technological features. For the fourth-generation, the Sorento gets a new automatic park feature. With this, owners can just let the Sorento get in and out of a parking spot using the key fob.

Inside, the 7-inch touchscreen is replaced with a larger 10.25-inch infotainment screen. The best part about the new infotainment screen is its enhanced graphics, as well as improved fonts that come with innovative color shades. Lastly, the climate control gets a significant upgrade that replaced the classic-looking climate display. 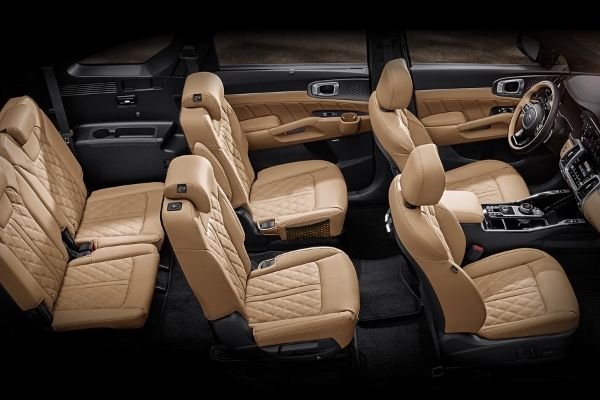 With all that being said, Filipino car buyers can expect that the 2021 Kia Sorento will provide a more advanced and more innovative driving experience as compared to the outgoing models.

>>> Related: Kia Sorento for sale at affordable prices on Philkotse

2021 Kia Sorento Segment Rivals: Will it become the best in its class?

The midsize SUV segment in the country is very competitive as it is the home of reputable SUVs such as the Toyota Fortuner, Mitsubishi Montero, Nissan Terra, Honda CR-V, Ford Everest, among others.

Despite the great features the fourth-generation Sorento can possibly offer, it still has a long way to go to sit at the top as compared to its competitors. However, looking at the big design changes of the Sorento, we can expect it to be one of the best-looking midsize SUVs in the country. Will the Sorento become the best in its class? It seems like we’ll have more questions than answers for the moment. Looking at the fourth-generation Sorento, one can expect that Kia Philippines has a chance to put the midsize SUV in conversations.

In 2019, the Sorento only has a 0.009 percent market share and ranked seventh in Kia Philippines’ lineup. With that being said, we could see two possible scenarios for the 2021 Kia Sorento. Kia Philippines could either take the risk and introduce the highly-improved fourth-generation Sorento or discontinue the model and focus on its best-sellers. As of this writing, Kia Philippines hasn’t released any word as to whether it will be bringing the fourth-generation Sorento in the country or not. It would be a pity to see the Kia Sorento go as it hasn’t got the chance to fully show what it has to offer in the local market due to the competitive midsize SUV segment.

Sure, the Sorento still has a lot to prove in the competitive midsize SUV segment. However, Kia Philippines can completely turn the fate of the Sorento around considering the new design changes and more advanced features the fourth-generation Sorento can offer. Overall, one can expect that the all-new Kia Sorento will become one of the hottest midsize SUVs in the local market – if it is to be introduced.

As for the price, we can expect that the price range of the 2021 Kia Sorento will still remain in the Php 1.8-million mark. In addition, we can also expect a new top-of-the-line variant to be called the GT-Line. The new variant is expected to help completely change the way we see the Sorento in the local market.