User's: 4.0/5
Get the latest reviews of the Ford Everest 2016 Philippines with prices, buying advice, pictures, expert ratings, special features, and specs on Philkotse.com. The new Ford Everest 2016 is designed to optimize the ability to cope with adverse weather and harsh environments. Considered as the strongest vehicle in the SUV segment, Ford Everest 2016 offers a body-on-frame layout ensuring that Ford Everest can withstand harsh terrains.

Drivers can control Ford Everest 2016 easily to pass hard driving conditions by a very smart four-wheel drive system running intelligently under the different types of terrain and at the request of driver. 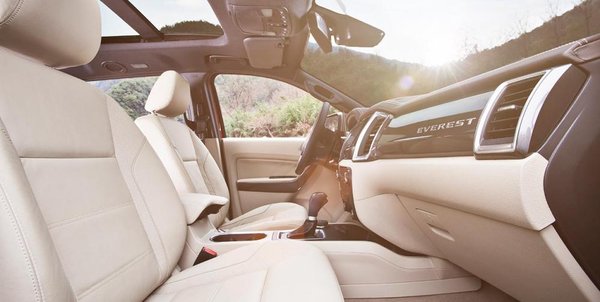 Driver does not run short of driving space since the Ford Everest currently on sale offers spacious and exquisite environment. It gives a large space with utility furniture to create relaxing feeling for drivers when driving even in adverse weather conditions.

Ford Everest 2016 provides eight-way power seats for the driver and front passengers while the second row of seats recline and slide. In the back, the car offers a set of modern equipment including temperature and fan controls, a power outlet for charging laptops and an additional 12-volt socket for charging mobile devices.

The power-fold third row can be folded easily just by touching a button to make the most of space for delivering goods when necessary.

The boot of Ford Everest 2016 is spacious enough to accommodate golf clubs that are stacked horizontally and even the glove box with the capability of saving a 16-inch laptop. 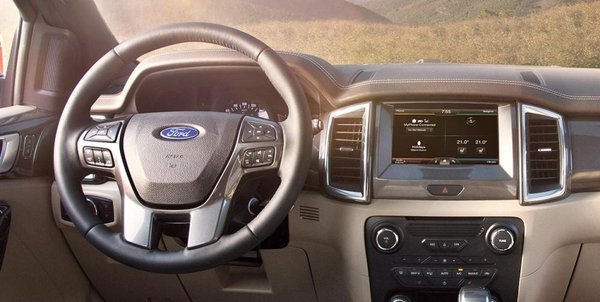 The 2016 Everest scores its proven off-road capability with a range of intuitive and useful technologies. It becomes one of the most intelligent cars in its segment.

There is a voice command device. Messages sent from the car come through clearly to implement entertainment system, climate controls and connected mobile devices. An eight-inch touch screen with color-coded corners is also set.

Ford Everest 2016’s another leading-edge technology is Curve Control that is recognized by its great ability to maintain control when driver takes corner too fast. The tech-laden will certainly meet all the requirements of movement and needs from users. Ford Everest 2016 seems to run well on any terrains

The automatic transmission of Ford Everest 2016 features advanced driver recognition software. This device will get used to its driver in order to analyze their driving habits such as acceleration and deceleration rates, brake and throttle applications, and cornering speed for the purpose of adapting and creating better driving efficiency.

The new Ford Everest model is set with four pre-set modes including normal, snow/mud/grass, sand and rock. Thanks to these functions, Ford Everest 2016 seems to run well on any terrains since the vehicles throttle response, transmission, four-wheel drive system and traction control will change simultaneously with the aforementioned modes to adapt. Ford Everest 2016 is well within its off-road capability

Ford Everest 2016 is well within its off-road capability for crossing and passing through water with difficulty. It shows 800mm, 225mm of ground clearance as well as other serious obstacles on the road.

In a word, it can be said that the Everest is a large high-tech SUV that can pretty much go anywhere and do anything with minimal effort.

ALTERNATIVE REVIEWS TO THE 2021 Ford Everest