Top 9 upcoming cars 2019 in the Philippines: Which are they?

What are the most expected models to hit our shores next year? Take a look at our list of top 9 upcoming cars 2019 in the Philippines.

Upcoming cars 2019 in the Philippines: What are they?

It’s latter half of 2018 and Philkotse.com thinks that it’s time to discuss new cars that await us, Filipino car drivers and addicts, next year.

Our team has taken a hard and long look at what we know and reckon to have this compilation to share with our beloved readers. The vehicles we introduce here are in different ranges and stages of development, from facelift version, to new trims of existing models, to all-new units. However, they have one thing in common, that is for the time being, they’re all out of reach for Filipino car hunters.

We think that all of you, like us, anticipate seeing these vehicles during the 2019 calendar year or they will join the 2019 model year array. As a matter of course, unless they’re on the lot of local dealerships, nothing is official at the moment. Last year, we also dropped some lines about upcoming cars in 2018 and most of them did hit our shores. So, just keep your fingers crossed that cars in this list would become reality.

In this article, we will give you the most updated information available that we’re collected and will be updating you once more details are leaked. So, scroll down below to find out. Vehicles listed here are in different stages of development but have one thing in common: All have been eagerly awaited by local car enthusiasts

This MPV, the first fruit of the Renault-Nissan Alliance, is derived from the Mitsubishi Xpander platform. It is said to premiere in the year 2019.

The Nissan Grand Livina will share most of exterior components with the brother Mitsubishi Xpander, except the bumpers and lights. As for hardware, it would pack a 4A91 1.5L MIVEC 4-cylinder naturally-aspirated petrol engine which is well capable of producing 141 Nm and 104 hp. Transmission options are probably a 4-speed AT and a 5-speed MT.

At launch, the Livina is expected to pit against the Suzuki Ertiga, Toyota Avanza, Honda BR-V and Daihatsu Terios. 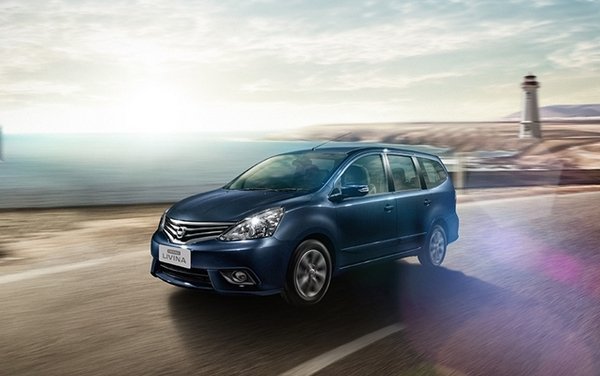 We have been biding our time until the Swift Sport 2019 hits local dealerships.

Suzuki states that the all-new Swift Sport is lighter and more powerful than its predecessor. In detail, it’s just 970 kg weigh, which is 80 kg lighter than the last model. Further, the hot hatch employs a “Boosterjet” 1.4L turbo engine eking out 136 hp and 229 Nm. To learn more about this sporty hatch, have a look at our full review right here. 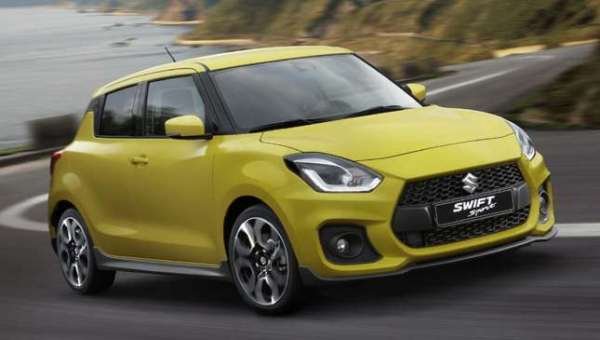 Toyota officially took the wraps of its funky RAV4 2019 at the New York International Auto Show 2018 and perhaps it will take some time before the 5th-gen version makes its way in the Philippines.

There are plenty of reasons for us to love and wait for this SUV of Toyota. Its unibody chassis is now 57% more rigid and the cockpit is more upmarket. All variants are armed with the Toyota Safety Sense. 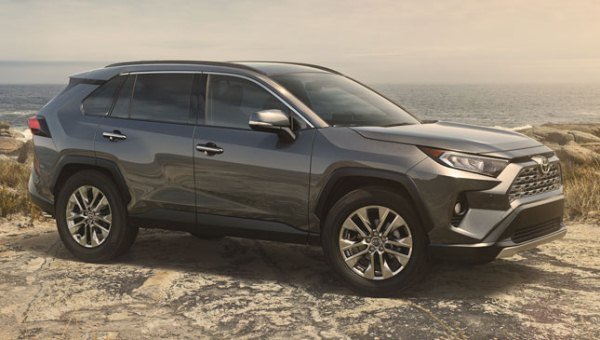 The Chevrolet Blazer 2019 is no longer a giant SUV; it’s now a crossover instead.

Modifications carry over on both the exterior and interior to make the Blazer a more stylish and versatile crossover. 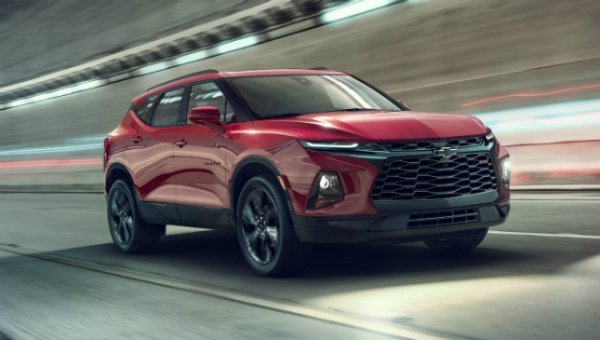 The Chevrolet Blazer 2019 is no longer a giant SUV; it’s now a crossover instead

As reported, the Chevy Blazer is slated to make its US market debut in early 2019. Do you fancy seeing this here?

In our neighboring country, the Ford Everest 2019 borrows the engine from the aforementioned Ranger Raptor – the 2.0L EcoBlue turbo diesel engine available in single-turbo and twin-turbo configurations. The brand’s new 10-speed automatic transmission will replace the existing 6-speed. Apart from the boost in performance, the Ford Everest exterior is also spruced up with several new tweaks.

The hot hatch from the Blue Oval has already been unveiled in Europe and China.

The Ford Focus 2019 is brimming with more features on the in-, outside and especially, on the tech side. The new Focus will be equipped with SYNC 3 with an 8-inch floating touchscreen, FordPass Connect embedded modem, a wireless charging pad and Bang & Olufsen Play premium audio. 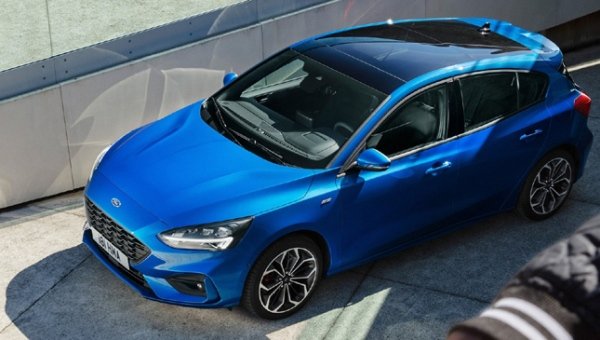 The Ford Focus 2019 is brimming with more features on the in-, outside and especially, on the tech side

According to Ford, the all-new Focus will likely be built and sold throughout Asia, possibly signing that it would be among upcoming cars 2019 in the Philippines.

The camouflaged 2019 Camry was spotted on Thai street in July after its arrivals in the US and Australia.

The new Camry will put on a sportier coat with slimmer headlamps and roofline, functional interior and potent engines. Particularly, rumor has it that a Camry Hybrid will also be in the lineup which is powered by a 2.5-liter engine and electric motors to top out 214 horsepower.

The new Camry will put on a sportier coat with slimmer headlamps and roofline, functional interior and potent engines

This new Altima was firstly introduced at the 2018 New York International Auto Show back in April.

Nissan revealed that this all-new Altima would be "lower, longer, and wider than the previous generation with a highly balanced, aggressive stance." On top of that, the inside promises to be a state-of-the-art cabin which houses an 8-inch infotainment touchscreen and the signature Nissan Intelligent Mobility. 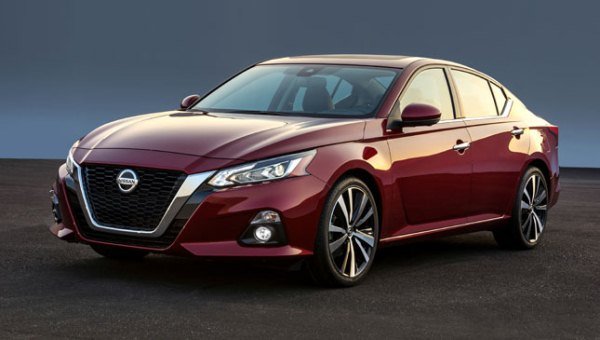 The sedan is given two engine choices: a 2.5-liter 4-cylider and a 2.0-liter turbo engine which comes an option for the Platinum and SR trims. Worth noting is that AWD will be available for the first time in the Altima.

The Nissan Altima 2019 will make its presence in the US first and other markets will follow later on.

The much-anticipated Ford Ranger Raptor 2019 finally came to the Philippine market on September 21, 2018. Find out what the new Raptor has to offer here. 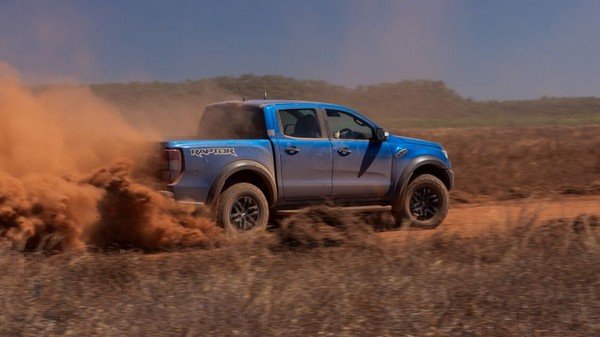 The Ranger Raptor 2019 has interesting features that get Pinoy pickup addicts impassioned, including:

Amidst of those 9 upcoming cars 2019 in the Philippines, which one do you wish to see in metal the most? Share your thoughts with Philkotse.com. In addition, we have also created simple car inforgraphic that recaps all general information of the cars above, click now if you're interested.