Check out the latest price, specs, interior, exterior, performance and pros & cons of the Honda Pilot 2018 Philippines in our comprehensive review.

Honda Pilot 2018 Philippines – Pilot you through every trip

At present, Honda has the Brio and Brio Amaze to compete in entry-level market, the Mobilio, BR-V and CR-V in 7-seat segment and the HR-V in compact crossover range. Even in luxury and executive vehicle world, the Japanese marque has put their belief in the Odyssey. Foraying into large crossover SUV realm in the country, Honda has decided to serve its all-new Pilot as flagship which is allegedly born to square off against the Toyota Land Cruiser Prado, Mitsubishi Pajero and Ford Explorer. 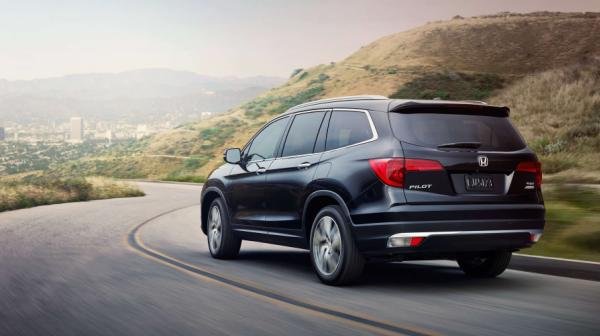 Honda has decided to serve its all-new Pilot as flagship

The Honda Pilot, in the Philippines, is now in its third-generation. Thanks to the myriad of upgrades from generation to generation, the latest Pilot is exactly a good offering for all sorts of reasons. Due to its goodness, it is certain that many of you are currently wondering about this hot SUV. For this reason, Philkotse.com will bring you our full-scale Honda Pilot 2018 Review with a view to making you acquaint with the current-generation Honda Pilot. Before getting started, keep in mind that this review will solely focus on the Honda Pilot 2018 EXL as it’s the only option in our shores. 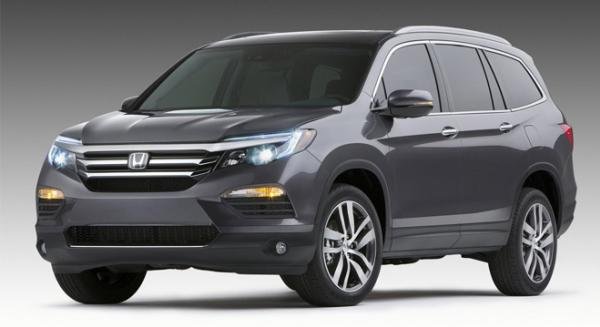 At first glance, the Honda Pilot 2018 exterior definitely draws the crowd in and gives you a lasting impression. It is the form that makes the Pilot striking. Compared to the previous two generations which looked like two-box SUVs, the new Pilot fairly resembles a bigger version of the CR-V when featuring more aerodynamic in appearance. 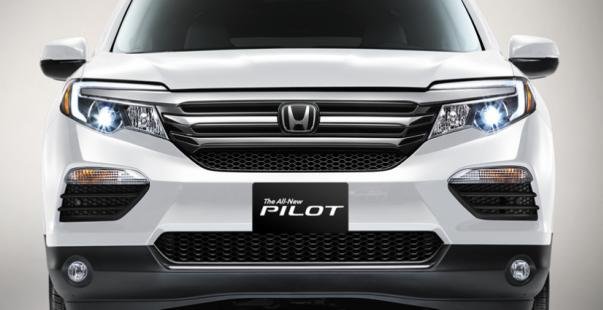 The SUV comes with a more modern front fascia

In detail, the SUV comes with a more modern front fascia which is adorned by iconic Honda’s grille and headlights arrangement. Speaking of the lighting, the projector headlights go LED and so do signature daytime running lights. 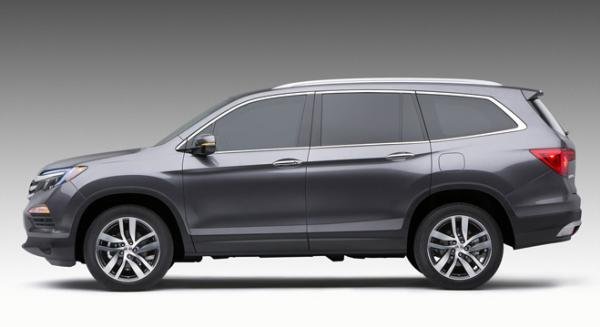 Moving backwards, the greenhouse car is a bit more continuous and the windshield is more raked. Sharper curves and bold aerodynamic lines are also flowing through its body. A glass printed antenna, swapped back taillights and 18-inch aluminum also further glamorize the Pilot. 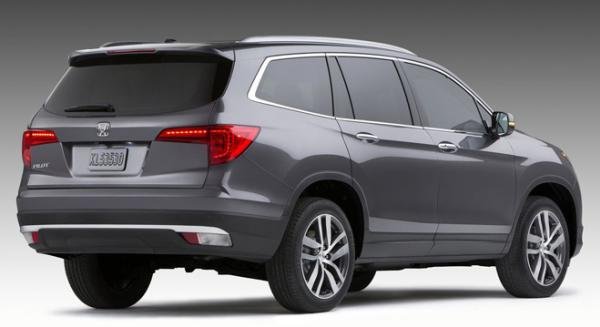 Moving backwards, the greenhouse car is a bit more continuous and the windshield is more raked

By and large, with the new body language, the 2018 Pilot is much sleeker and sportier, giving it a head-turning presence. 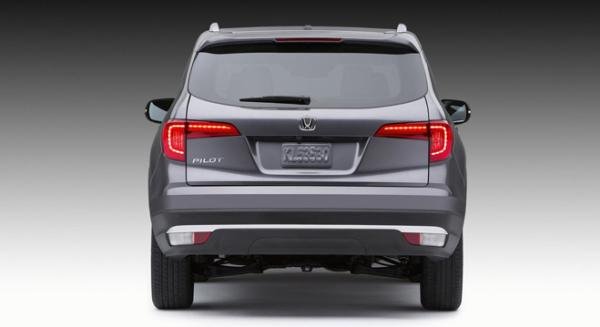 By and large, the 2018 Pilot is much sleeker and sportier

Concerning the dimensions, the Pilot measures 4,941 mm x 2,296 mm x 1,773 mm (L x W x H). Despite being shorter in height than the outgoing model, the wheelbase is stretched to 2,820 mm that promises to make more room for the cabin. The ground clearance of 185 mm is also satisfactory and permits the car to maintain smooth ride on tough roads.

The Honda Pilot 2018 interior, without a doubt, is more upscale than its predecessor's. It has been thoroughly reworked to become more inviting, eye-catching and functional as well.

The new Pilot interior is more upscale than its predecessor's

Item by item, the dashboard is outstanding in the cockpit with a more premium shape. The multi-function leather steering wheel looks lavish, mounting nearby a new set of anolog gauges with a digital speedometer and a large multi-information display. Entertainment system is comprised of an 8-inch touch screen audio system with iPod, iPhone and Bluetooth connectivity. On top of that, passengers at the back are also kept entertained with DVD player for drop-down DVD screen. 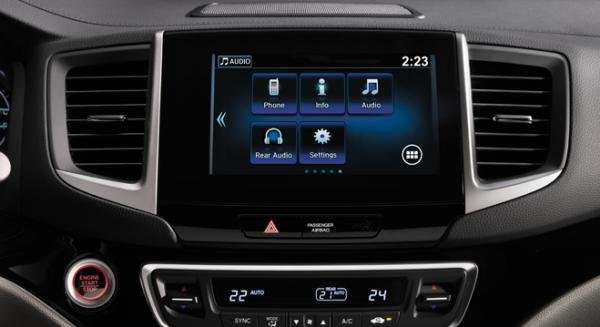 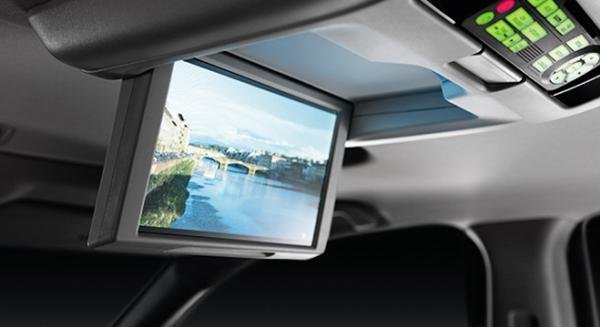 As for convenience features, the center console now holds a T-bar shifter sided by dual cup holders. Many other large bins are still in car to store more stuff. In addition to that, joining the long list of in-car amenities are a triple-zone automatic airconditioning system, power door locks and windows, and informative instrument binnacle. 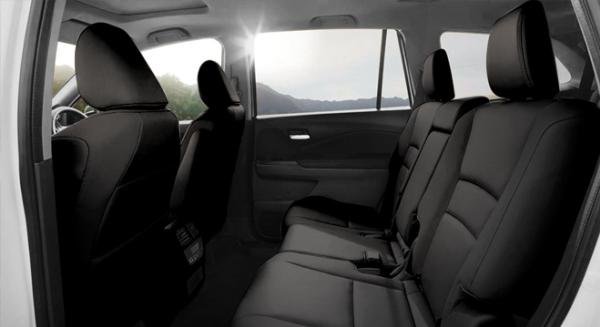 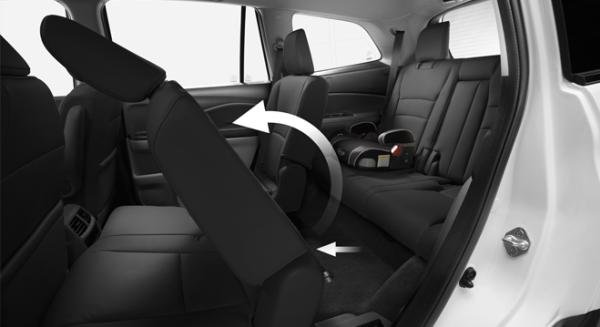 Only by pressing one touch button, the second row seats could be easily folded and slided

The big size allows the Pilot to store more things and people. A commodiate cabin can house up to 8 adults in comfort. Passengers will be completely supported by 4-way adjustable power leather seats. Only by pressing one touch button, the second row seats could be easily folded and slided to help you access the third row. Again with a touch of button, the tailgate will open to let you load cargo in. Normally, the Pilot has got a trunk capacity of 305 liters but with seats down, a larger volume of 827 liters would be created. 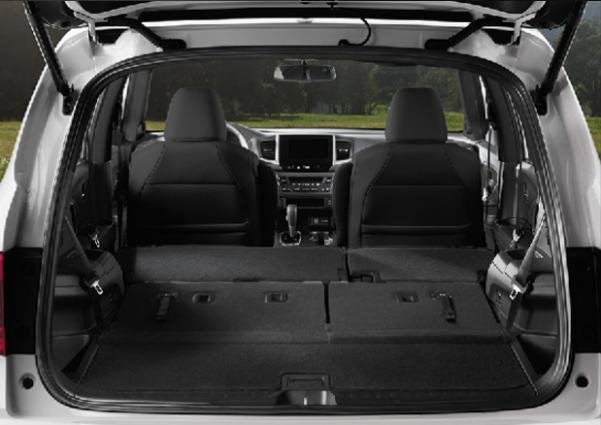 With seats down, a larger volume of 827 liters would be created

“Confidence inspiring performance” is what Honda depicts its largest SUV. Thanks to a new Earth Dreams Technology Direct Injection 3.5-liter V6 i-VTEC mill, let’s go anywhere you please with the Pilot. In fact, this potent engine is able to generate 284 hp at 6,200 rpm and 353 Nm of peak torque at 5,000 rpm. Coupled with a 6-speed automatic gearbox and the Intelligent Variable Torque Management (i-VTM4) all-wheel drive system, the new Honda Pilot 2018 EXL is actually fun to drive.

In particular, Honda’s signature Eearth Dreams 6-speed transmission with dynamic torque-vectpromg capacity well combined with a traction control system enables the SUV to effortlessly overcome sand, mud and even snow. And undoubtedly, moving this car in city is just a piece of cake. Despite a bigger size, the 2018 Pilot is easier to maneuver than the previous Pilot. In order to help you pass crowded streets in Metro Manila with ease, the Honda Pilot, surely has its own essential characteristic, including cross traffic alert and cameras system. Despite a bigger size, the 2018 Pilot is easier to maneuver than the previous Pilot

Fuel economy is truly worth noticing when our SUV only consumes 5.4 km/L at around 20 km/h in city roads and 12.5 km/L on the highway.

Concerning driving and handling, from the driver’s seat, it seems that you’re behind the Accord’s wheel. Sight lines are good and there is no blind spot at all. The steering is light but responsive. Because of the portly and soft suspension system, minute corrections are needed when pushed. That said, it accidentally brings more feelings of driving a real SUV: agile, predictable and safe.

The Pilot can tow bulky and heavy goods

For the most part, the Honda Pilot can be regarded as the most fierce player that can push back coutless contenders in its class, even the Ford Explorer, in aspects of undulating cracks and mitigating. Notably, the 6-speed automatic transmission successfully fulfills its job of selecting the most appropriate gear in all road conditions, allowing you to easily tow bulky and heavy goods on hilly roads.

One of the best qualities in the Honda Pilot is the up-to-the-minute Honda’s all round safety system: Honda Sensing®. This is a new suite of niceties which will keep you safe at all times. Along with a handful of standard features such as:

5. Honda Pilot 2018 Price in the Philippines

It goes without saying that the all-new Honda Pilot 2018 is a great SUV to buy with an abundant list of goodies inside and an adequate performance, not to mention its stylish design. That said, the only issue here is its price. Admittedly, a price tag of ₱3,385,000 is a little steep. It is even nearly half a million pesos expensive than the Ford Explore which is the current best-selling model in mid and large crossover SUV segment.

In truth, the story doesn’t end at the Pilot only. Most of Hondas are also pricier than other rivals in the same segment. Nonetheless, you might not know that it’s a viable strategy from Honda that truly helps the brand build its reputation up, to be more exclusive and valuable, concretely. So, considering this then put the Pilot on your wishlist.

If you still cannot afford this lavish vehicle, click here to opt for other cheaper choices in Honda fleet.

6. Honda Pilot 2018 Specs in the Philippines

Everything considered, from the modern design, spacious cabin to excellent performance, the Honda Pilot 2018 Philippines is a winning vehicle. In the current market, the Pilot is still one of the most favorite family vehicles in the Philippines. Though it’s not absolutely perfect, especially when it comes to price, we still heartily recommend checking out the Pilot if you’re shopping for a large three-row crossover. 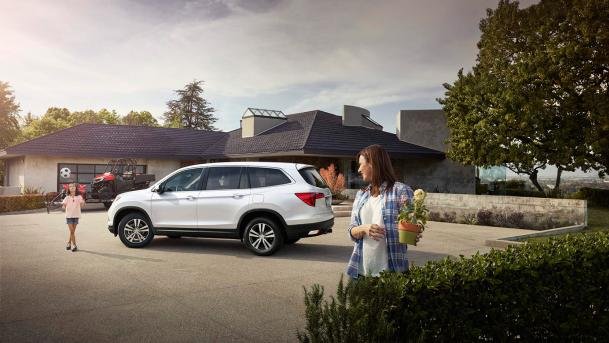 All things considered, the 2018 Honda Pilot is a winning vehicle

Finally, we’re keeping alive the hope that our Honda Pilot 2018 Review has helped you fill in the gaps in your knowledge of the latest Pilot. If you want to learn more about other hot models in the Philippine auto market via copious of our in-depth reviews, please click here. 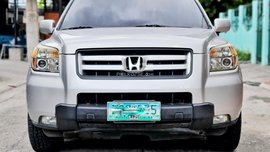