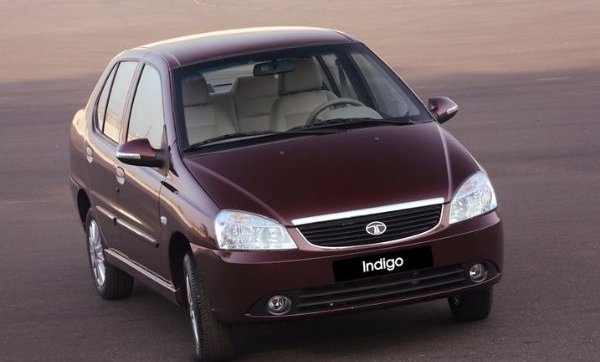 The Tata Indigo is a subcompact four-door sedan released from 2002 to 2016. As the mini saloon version of the Tata Indica, the Tata Indigo is produced for drivers who want to venture into the booming industry of car-sharing apps in developing countries. It features a pleasant classic exterior detailed with subtle lines and timeless curves. Inside, the sedan is fitted with useful driver and passenger amenities for a safe and comfortable riding experience. The Tata Indigo is powered by a 1.4-liter turbocharged engine mated with a 5+1 manual transmission. It is offered in Porcelain White, Burgundy, and Jet Silver.

The second-generation Tata Indigo Manza was unveiled in October 2009 based on the Tata X1 platform. It was internationally presented at the 2007 Geneva International Motor Show.

In the Philippines, the Tata Indigo was officially launched in 2014 at the Manila International Auto Show. Its official local distributor Taj AutoGroup Inc. presented the compact sedan together with upcoming imports such as the Tata Vista, the Tata Xenon, the Tata Ace, and the Tata Super Ace.

The Tata Indigo measures 4,177mm long, 1,745mm wide, and 1,540mm tall. It features a classic and subtly-designed exterior highlighted with a pair of nicely-shaped headlights, a wide grille encased in chrome, fog lights, body-colored door handles and side mirrors, distinctive taillights, body-colored front and rear bumpers, and a set of 14-inch alloy wheels.

The Tata Indigo is equipped with a two-din music system with AM/FM radio, CD player, and MP3 mated with four speakers, auxiliary input, and USB for entertainment.

In terms of safety,  the Tata Indigo is built with a good number of SRS airbags, side-impact beams, an anti-lock braking system, engine immobilizer, theft alarm, and brake assist control.

The Tata Indigo is manufactured using the Tata X1 platform. It is equipped with a MacPherson strut suspension at the front and rear. Its braking capability is further enhanced with ventilated discs at the front and drums at the rear.

The Tata Indigo runs using a 1405cc DOHC 16-valve four-inline Turbocharged with an intercooler engine. It is mated with a five-speed manual transmission guaranteed to emit 70 horsepower with 135 Newton meters of torque.