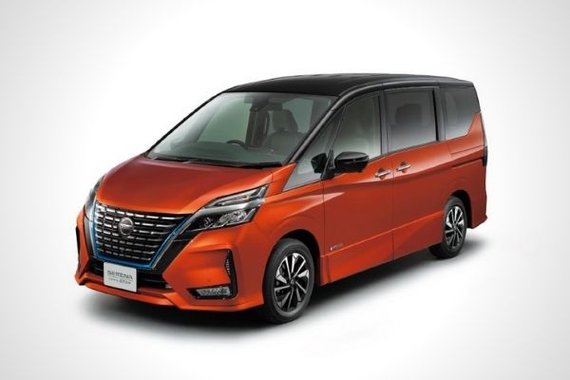 The Nissan Serena is a compact passenger van designed in compliance with the strict Japanese vehicle class standard of 4,700 mm length and 1,700 mm width. It features a classy and bold exterior detailed with chrome highlights, wide windows, and sliding doors. Inside, passengers will enjoy the spacious cabin packed with comfort, convenience, and safety amenities designed to provide a pleasurable experience. City driving and long drives are consistently fun with this versatile minivan. The Nissan Serena is powered by an advanced 2.0-liter S-Hybrid engine. It is offered in Brilliant White, Graphite Blue, Tungsten Silver, and Diamond Black.

Its second generation was introduced in July 1999 revamped with exterior updates and offered in different engines. In 2005, the third generation Nissan Serena was released. Due to its superb built, reliable versatility, and powerful engine, it was the top-selling mini in Japan from 2007 to 2009. Its fourth-generation was unveiled in November 2011.

The Nissan Serena measures 4,770mm long, 1,735mm wide, and 1,865mm tall. It features a sophisticated and sleek body revamped with an aerodynamic design for a smooth glide at any road condition.

The luxury extends inside the Nissan Serena as it is fitted with premium amenities the driver and passenger will adore.

The Nissan Serena is a front-wheel-drive minivan. It is powered by a four-cylinder 16 valve DOHC engine and an ECO motor with a generator. It is paired with an XTRONIC CVT capable of producing 145 horsepower with  210 Nm of torque.