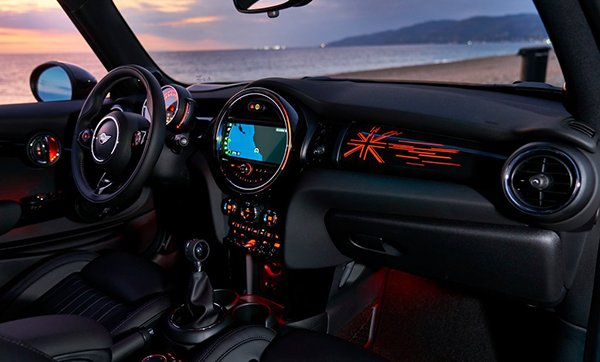 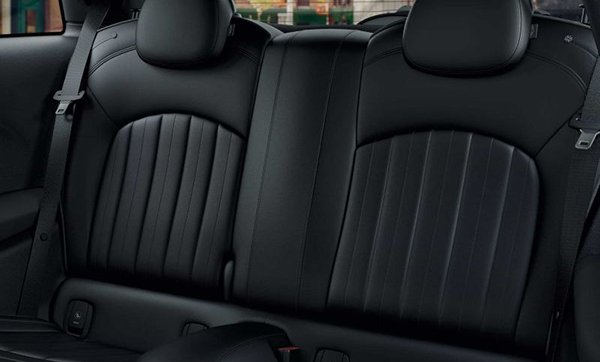 View all specifications
The all-new MINI Cooper 3-Door is a remastered masterpiece that effortlessly stays relevant with the changing looks of vehicles on the street. Its body is made a little bit bigger but still possesses its iconic presence with all the right details everyone fell in love with. Inside, it is fitted with contemporary convenience and safety features that will make your ride memorable. Locally, it is offered in three variants: the MINI Cooper 3-Door Hatch AT, the MINI Cooper S 3-Door Hatch AT, and the MINI Cooper John Cooper Works 3-Door AT. It is available in Solaris Orange Metallic, Blue Metallic, British Racing Green, Black Metallic, Thunder Grey Metallic, Melting Silver, Moonwalk Grey, Pepper White, Midnight Black Metallic, Chili Red, and Emerald Grey Metallic.

The MINI Hatch was conceptualized by Frank Stephenson, a renowned automobile designer also known for his works for BMW, Ferrari, Maserati, McLaren, Alfa Romeo, and Fiat. It was originally unveiled at the Frankfurt Motor Show in 1997. The first generation was launched in late 2000. In 2004, a gorgeous convertible version was unveiled worldwide. The second-generation MINI was released in 2006 with a re-engineered platform powered by the Prince engine. Globally, the third generation was introduced in 2014.

In the Philippines, a refreshed version was launched in 2018 along with a 5-Door and a convertible variant.

The MINI Cooper 3-Door is small, but it makes for a fun and agile city car

Its front is designed with the company’s signature radiator grille with chrome blades, a pair of contemporary LED headlights, a daytime running light with indicators, and the famous winged logo that represents the brand’s rich history.
Its rear is furnished with LED tail lights and a spoiler that brings back memories of old but reliable sport rally vehicles.
Finally, to personalize your MINI, the legendary company offers a wide array of wheel choices from Propeller Spoke to the new Rail Spoke Alloy to satisfy your customization cravings.

The all-new MINI Cooper 3-Door boasts an impressive and luxurious cabin fans and new followers will love. Its interior can be tailored based on your preference. You may choose from their choices of Carbon Black, Malt Brown, Satellite Grey, and Glowing Red. The trims and door ellipses can also be modified into Piano Black, Dark Silver, Black Chequered,  and Hazy Grey. it can be matched with illuminated or fiber alloy.

Drivers will be delighted with the multi-function steering wheel with controls for the music up to driving modes and the refurbished dashboard.

This automobile is equipped with the MINI Centre Instrument that provides infotainment and can be connected through USB and Bluetooth.

In terms of safety, it is built with a  good number of airbags, a dynamic traction and stability control, a City Collision Mitigation System, a built-in camera, Forward Collision Warning System, Active Pedestrian Protection System, and a video adaptive cruise control.

Classified under the Supermini category, the MINI Cooper is built using the BMW UKL1 Platform designed for front and four-wheel drive cars.

The standard MINI Cooper 3-Door and MINI Cooper S 3-Door is fitted with a seven-speed dual-clutch transmission while the MINI John Cooper Works model is equipped with an eight-speed sport automatic transmission.

*** Please note that the Mini Cooper 3-Door‘s prices might differ in some showrooms and should serve as reference only. 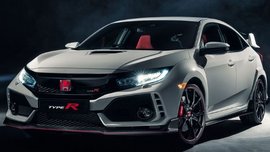 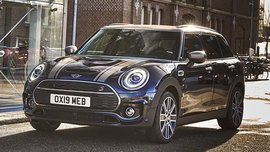 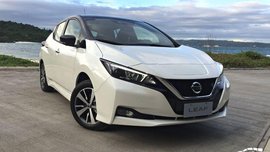 British automaker Mini tested its all-new 3-door hatchback at BMW Group’s winter test center as part of its dynamic testing in Arjeplog, Sweden.
Recently, a 2023 Mini Cooper was photographed without camouflage, thus revealing its new exterior design. Let’s check it out.
The fourth-generation Mini range has undergone a slight nip and tuck, along with a selection of new colors and additional toys. 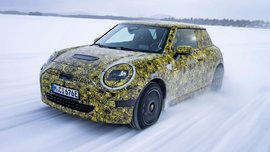 It will utilize a fully-electric powertrain. 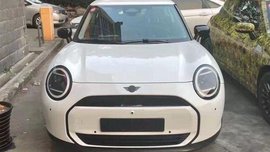 The Union-Jack rear lights are gone. 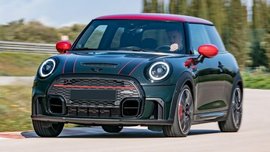 No less than seven new variants have arrived in our market.