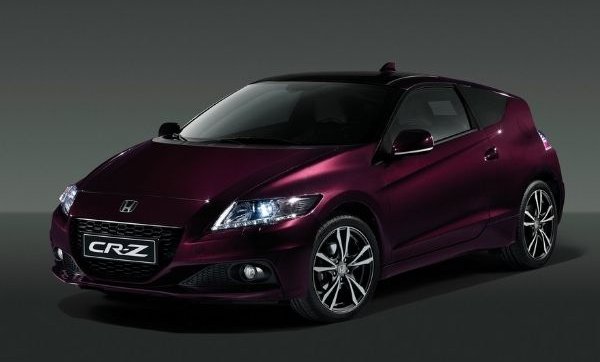 The CR-Z is a sport compact hybrid coupe by Honda. It is a combination of a hybrid gasoline-electric powertrain plus a traditional sports car component. It has a 2+2 seating capacity. This does not include their North America models wherein the backseat is taken out. It comes with a standard 6-speed manual transmission. The CR-Z succeeded the second-generation CR-X where its name and exterior design have been adapted from. The CR-Z is considered as one of the least polluting vehicles which is also classified as an Advanced Technology Partial Zero Emissions Vehicle (AT-PZEV) as referred by the California Air Resources Board (CARB). After the Honda Insight in 2000-2006 and the Honda Civic Hybrid in 2003-2005, the CR-Z is the third gasoline-electric hybrid model by Honda. In Japan, the CR-Z sales began in February 2010 while in the US, its sales began in August 2010. Its production came to an end in 2016.

The CR-Z was introduced on October 23, 2007 at the 2007 Tokyo Motor Show as a concept vehicle. The ‘CR-Z’ stands for Compact Renaissance Zero. It reflects the idea of the renaissance in its design. Honda CEO Fukui said that a production model is ‘in the works.’ The vehicle was considered to be inexpensive, efficient, and sporty.

The Honda CR-Z has a stylish feature with a thin front grille. It has 17-inch alloy wheels, a dynamic LED brake light, and LED daytime running lights.  The two seats are spacious. Instead of a back seat, there are storage wells in place.

The Honda CR-Z has standard features that include automatic climate control with push-button start. It has Bluetooth connectivity and a six-speaker audio system. It also has satellite radio, USB port, rearview camera, 7-inch touch screen, and a smartphone app integration. Included on the dash is a large speedometer and tachometer. For driving efficiency, a background light is available. A multi-function display provides other important data on the gauges. Moreover, it features easy-to-use audio and climate control.

The Honda CR-Z is loaded with tech features. It has an HD radio with a 7-speaker audio system. It also has a blind spot monitor and navigation that runs on voice recognition. Most of the CR-Zs stylish features come from the Honda CR-X coupe from the 1980s.

With its sloping glass roof, it definitely captures attention. The center console is inclined towards the driver. The buttons light up with varying colors that depend on the driving mode of choice. For the safety features, the CR-Z got a 5-star recognition from the Euro NCAP crash tests as it garnered a 93 percent safety rating. It has traction control, emergency brakes, and 6 airbags which all come in as a standard.

The Honda CR-Z has a MacPherson Strut for its front suspension with lightweight aluminum front lower control arms. On the other hand, it has an H-shape torsion beam rear suspension. It runs on EPS or Electric Power Steering and a VSA or Vehicle Stability Assist.

Its wheels use anti-lock brakes with electronic brake distribution and brake assist. It has front and back stabilizer bars and 16-inch alloy wheels.

The Honda CR-Z comes with a front-wheel-drive drivetrain. It is powered by a 1.5-liter engine that delivers 130 hp and 200 Nm of torque.