The Ford Fiesta is a subcompact hatchback favored for its fun styling and reliable engine. It features a dynamic exterior designed with contemporary curves and subtle lines. Though considered as a Supermini under the British car classification, it boasts a generously spaced cabin fitted with useful passenger and driver amenities. As one of the best selling vehicles under the stable of Ford, this refreshing hatchback is a must-have if you opt for a carefree ride that can be easily maneuvered in busy roads and parking spaces. In the Philippines, the Ford Fiesta is offered in a 1.5-liter, four-cylinder engine, and a 1.0-liter turbocharged Ecoboost engine. You may choose from a five-speed manual or a six-speed automatic transmission. This exciting hatchback is available in Winning Blue, Frozen White, Ingot Silver, Mustard Olive, Mars Red, Panther Black, Midnight Sky, Lunar Sky, and Red Candy. Ford Philippines currently doesn’t offer a sedan or hatchback in its brand-new lineup, populated by crossovers, SUVs, and pickup trucks.

The first-generation Ford Fiesta was released in 1979 initially for the European market. It was made available in the United States and was offered in four variants. It’s updated second-generation, also known as the Fiesta Mark II, was unveiled in 1983 and received exterior and engine upgrades.  From 1989 to the 2000s, the Ford Fiesta got pleasant upgrades that made it popular with loyal fans and new followers.

In the Philippines, the Ford Fiesta was formally launched at the 2010 Philippine International Motor Show.

The Ford Fiesta measures 1,469mm tall, 1,735mm wide, and 4,068mm long with a 2,493mm wheelbase. The sixth-generation release features a sporty exterior made interesting with contemporary detailing from the back up to the rear. Highlights include the hexagonal grille with chrome slats, a curved pair of headlights, nicely-shaped shoulder lines with chrome detailings, body-colored door handles and side mirrors, a broad rear bumper with black cladding, a rear hatch, a pair of vertical taillights, and a roof-mounted spoiler. Supporting the Ford Fiesta is a set of multi-spoke 16-inch alloy wheels.

Why was the Ford Fiesta discontinued in the Philippines?
Due to falling sales, Ford Philippines removed the Fiesta from its brand-new lineup in 2019 to shift focus to crossovers, SUVs, and pickup trucks.
What is the engine of the Fiesta?
In the Philippines, the Ford Fiesta was offered in a 1.5-liter, four-cylinder engine, and a 1.0-liter turbocharged Ecoboost engine.
Is the Ford Fiesta spacious?
With an overall dimension of 1,469mm tall, 1,735mm wide, and 4,068mm long with a 2,493mm wheelbase, the Fiesta is said to offer a generously spaced cabin. 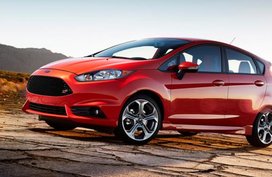 Ford confirms there will be no Ford Fiesta RS 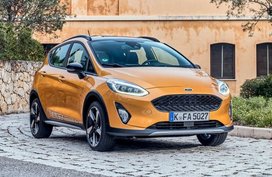 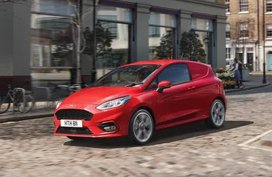 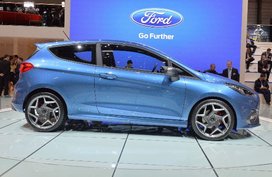 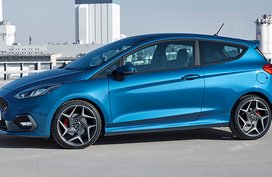 The new Ford Fiesta ST with a promising three-cylinder engine 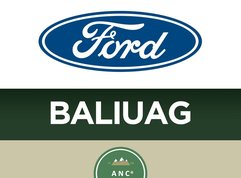 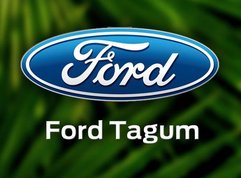 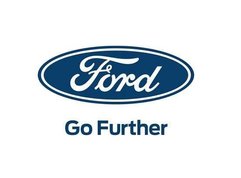