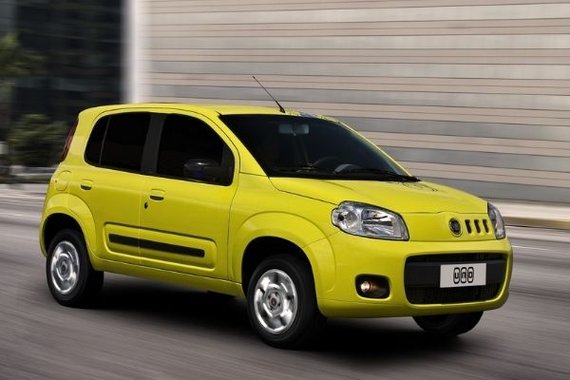 The Fiat Uno is a subcompact three to five-door hatchback enjoyed worldwide from 1983 to 2013. It is the eighth-most manufactured car platform in the history of vehicles coming after the Volkswagen Beetle, the Ford Model T, the Lada Riva (the VAZ-2105, the VAZ 2104, and the VAZ-2107), the GM B platform, and the GM J platform. The Fiat Uno features a timeless and iconic exterior detailed with a sloping windshield, smoothly-crafted edges, high roof, and a subtle front fascia. Inside, it is built with a pleasant exterior fitted with a good amount of comfort and convenience amenities. In the Philippines, the Fiat Uno was offered in a wide array of engines that ranged from a 994 cc gas to a 1.4 Turbocharged engine. Local production and sales stopped in the year 2000.

The first series of the Fiat Uno was released in 1983 as a replacement for the Fiat 127. During the introduction years of the Fiat Uno, it gracefully competed with other supermini vehicles such as the Peugeot 205, the Opel Corsa, the Nissan Micra, and the Ford Fiesta. Due to its wide array of engine options and overall versatility, it was hailed as the European of the year for 1984 beating the Peugeot 205.

In 1985, a hot hatch version of the Fiat Uno was presented powered by a 1.3 128 engine paired with Bosch multi-point fuel injection.

The second series of the Fiat Uno was globally introduced at the International Motor Show Germany. The revamped mini hatchback received a fresh front fascia, sharper tailgate, updated interior, and is now powered by a 1.4-liter engine from the Fiat Tipo.

In the Philippines, Fiat collaborated with local automaker Francisco Motors to produce the Fiat Uno from 1992 to 2000. The partnership was under the People’s Car Program that aimed to increase car assembly, create jobs, and compete with reigning models such as the Nissan Sentra and the Toyota Corolla.

Though belonging to the subcompact category, the Fiat Uno offers a comfortable cabin courtesy of its 2,362mm wheelbase.

The Fiat Uno is built using the Type One platform. It is fitted with a MacPherson strut independent front suspension and a twist-beam suspension at the rear with coil springs and telescopic dampers. Its braking power is assisted by discs at the front and drums at the rear.

The Fiat Uno is a front-engine, front-wheel-drive subcompact hatchback. It was powered by a 903 cc, 999cc, 1,108cc, 1,166cc, a 1,301cc, and a 1.4 Turbocharged engine mated with either a four or five-speed manual transmission or a continuously variable transmission.