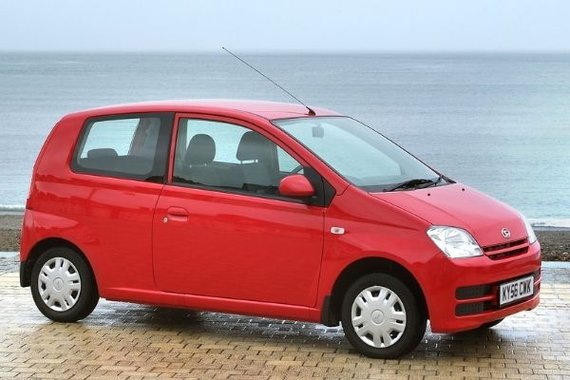 The Daihatsu Charade is a front-engine, front-wheel-drive car favored all over the world due to its compact size and affordability. It features an iconic hatchback body designed with a C-pillar and tall roof to accommodate five passengers. Inside, it provides a decent cabin fitted with useful driver and passenger amenities. The Daihatsu Charade is powered by a 1.3-liter, inline-three engine capable of emitting 49 horsepower with 75 Newton meters of torque.

The first generation Daihatsu Charade was initially introduced in October 1977 as a five-door hatchback. The front-wheel-drive, front-engine mini car runs using a 993cc three-cylinder engine made from aluminum. In 1978, a three-door version was made available. It became an instant bestseller in Japan and received the “Car of the Year” in 1979.

Due to its outstanding versatility, the Daihatsu Charade was well-received in other parts of the world. It was offered in a three-cylinder engine that generates 40 horsepower and a one-liter CB20 engine paired with a tachometer and a five-speed manual transmission. In 1981, a refreshed version was revealed at the Tokyo Motor Show in collaboration with De Tomaso Automobili.

In the Philippines, the Daihatsu Charade was highly favored especially by small families looking for an affordable daily ride. Its former local distributor Columbian Autocar Corporation introduced the third-generation in 1988. Locally, the closest successor of the Charade is the Toyota Wigo.

The Daihatsu Charade measures 3,410mm long, 1,475mm wide, and 1,500mm tall. It features a modest exterior fitted with a pair of efficient headlights, a narrow radiator grille, a subtle bumper detailed with air vents, turn signal lights on the side, defined wheel arches, a pair of rear lights, a body-colored rear bumper, a roof antenna, and a set of 15-inch wheels with full cap.

Though a minicar, the Daihatsu Charade offers a comfortable cabin that can comfortably accommodate five average-sized passengers. The interior is fitted with necessities such as an ergonomically designed dashboard, fabric-covered manually-adjustable seats, manual air conditioning, and a two-spoke steering wheel. The Daihatsu Charade GTxx gets upgraded with power windows, electric windows, and an electric sunroof.

As Daihatsu Motor Co. Ltd. focused on its affordability, the Japanese automobile manufacturer did not equip the mini car with many features.

The Daihatsu Charade is fitted with fully independent suspension at the front and rear. It shares the same chassis built with the Daihatsu Pyzar and the Gran Move.

The Daihatsu Charade is a front-engine, four-wheel-drive vehicle. The local release runs using a 1.3-liter engine paired with a five-speed manual transmission that produces 49 horsepower with 78 Newton meters of torque. 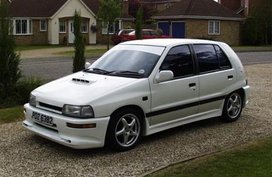 Modified Daihatsu Charade: Ways on how to spice up this humble hatch 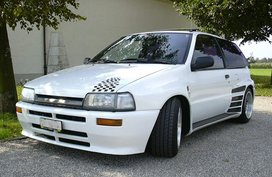