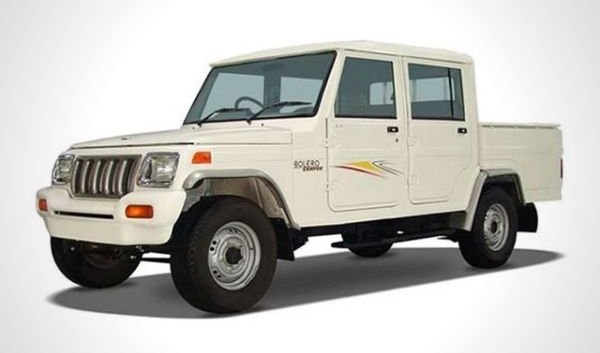 The Mahindra Enforcer belonged to the stable of Mahindra & Mahindra Limited, one of the largest multinational automobile vehicle manufacturing corporations in India and the world’s top producer of tractors.

The Mahindra Enforcer was introduced in the Philippines in 2015. The Indian automobile manufacturer won the bidding to supply the transport vehicle for the Philippine National Police nationwide.

The Mahindra Enforcer is built with a 3,014mm wheelbase that perfectly provides a roomy cabin and an efficiently-sized cargo bed. Notable interior features include the monochromatic color theme, comfortable and adjustable fabric-covered seats at the front and rear for five fully-grown passengers, rear-seat headrests, a sunroof for natural lighting, an ergonomically-designed instrument panel with big knobs and controls, power windows, bottle holders, glove box for storing small items, an accessory power outlet, a multi-functional big steering wheel with audio switches for convenience, and a tall and ground-mounted gear stick.

The Mahindra Enforcer comes with a Kenwood audio system with AM/FM radio and CD player. It is paired with speakers strategically positioned at the front and rear.

All variants of the Mahindra Enforcer are powered by a 2.5-liter four-cylinder engine mated with a five-speed manual transmission. It is guaranteed to produce 100 horsepower with 240 Newton meters of torque.