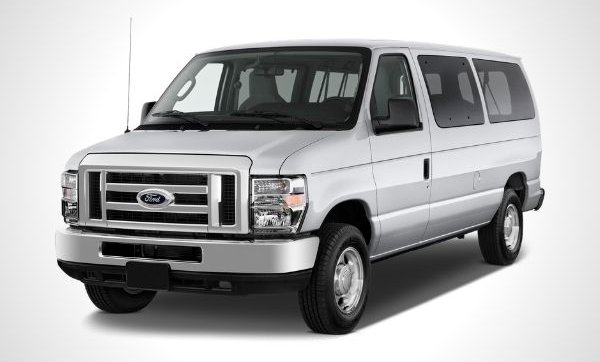 The Ford E-150 2023 is a full-size passenger van built with an outstanding body and a spacious cabin. It belongs to the Ford E-series also known worldwide as the Ford Club Wagon and Ford Econoline. It features a lengthened and boxy exterior detailed with chrome, stainless steel highlights, and sliding doors on both sides. Inside, it offers a generous cabin that can accommodate seven fully grown adults. The Ford E-150 is offered in two variants: the Ford E-150 Club Wagon and the Ford XLT Premium. Both are powered by a 4.6-liter V8 engine paired with a four-speed automatic transmission. It comes in Oxford White, Pueblo Gold Metallic, School Bus Yellow, Dark Blue Pearl Metallic, Ingot Silver Metallic, Vermillion Red, Royal Red Metallic, and Black Clear Coat.

The first generation Ford E-150 was launched in September 1960 under the Ford Econoline series. Aside from a passenger van, it also consists of a cargo van and a pickup truck. The second-generation Ford Econoline was released in 1969. All models received a major overhaul as they were built in reference to the full-size pickups of the Ford F-series.

In the Philippines, the Ford E-150 together with Ford Expedition Eddie Bauer EL was introduced in February 2010. The successful launch was held as the local demand for reliable passenger vehicles increased. Currently, the E-150 is not offered locally. Instead, you can consider the Ford Transit if you’re looking for a van that offers a lot of interior space.

The Ford E-150 provides a spacious, premium-leather covered interior that can comfortably accommodate seven fully grown adults. Notable features include the 2-2-3 seating format, a large compartment in the third row accessible through the club door tailgate, captain seats on the second-row with folding armrests, a multi-function leather-wrapped steering wheel with controls, and 12V outlets for charging mobile devices.

The Ford E-150 is fitted with an audio entertainment system and a media player with a USB port and Bluetooth connectivity. It is also equipped with the Ford SYNC system that activates different features using voice commands.

Both variants of the Ford E-150 run using a 4.6L SOHC 16-valve V8 engine paired with a four-speed automatic transmission. It is guaranteed to produce 222 horsepower with 388 Newton meters of torque. How many seats does the Ford E-150 offer?

What are the dimensions of Ford E-150?

Is Ford E-150 automatic or manual?

Does Ford E-150 have a reverse camera?