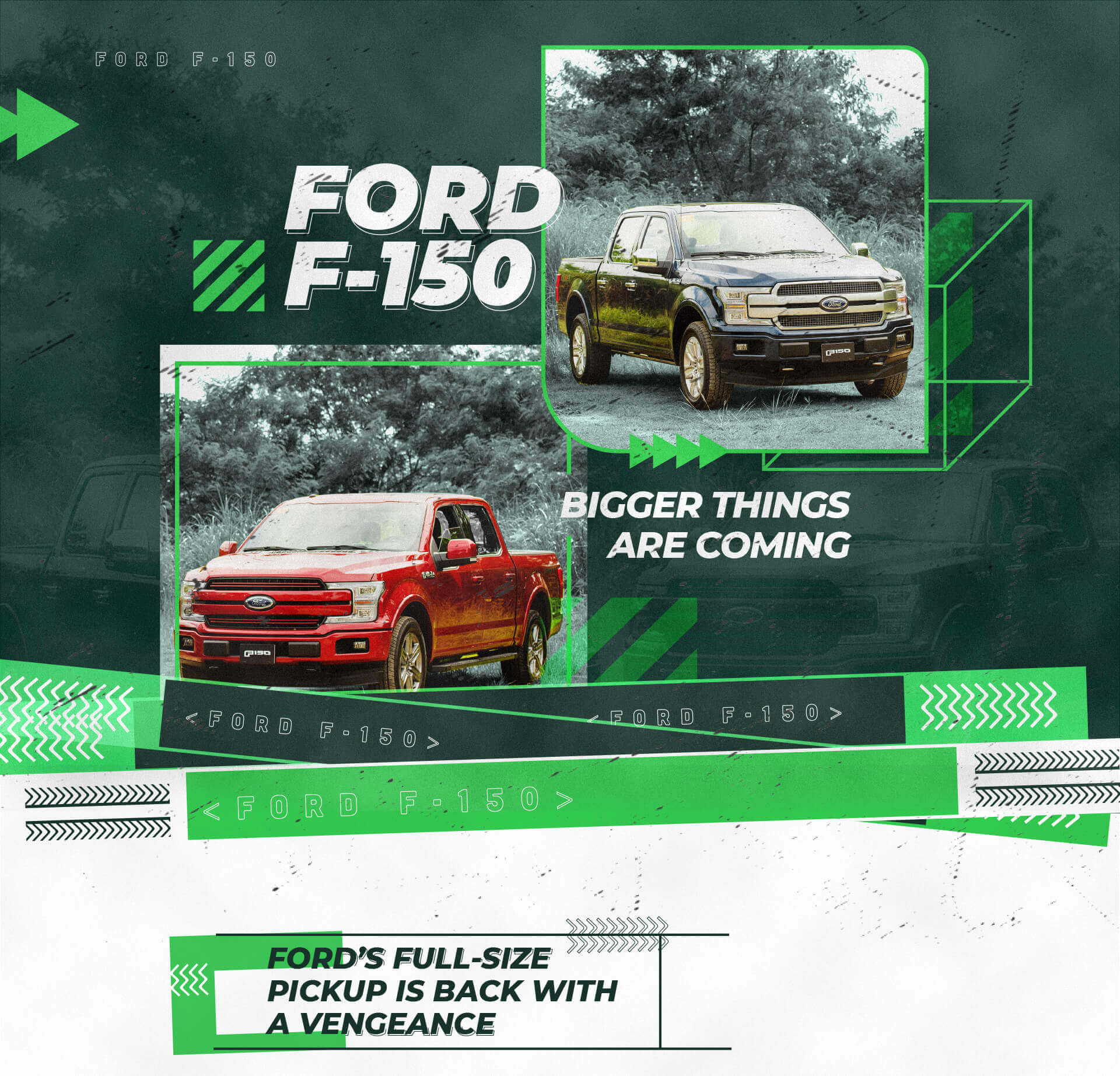 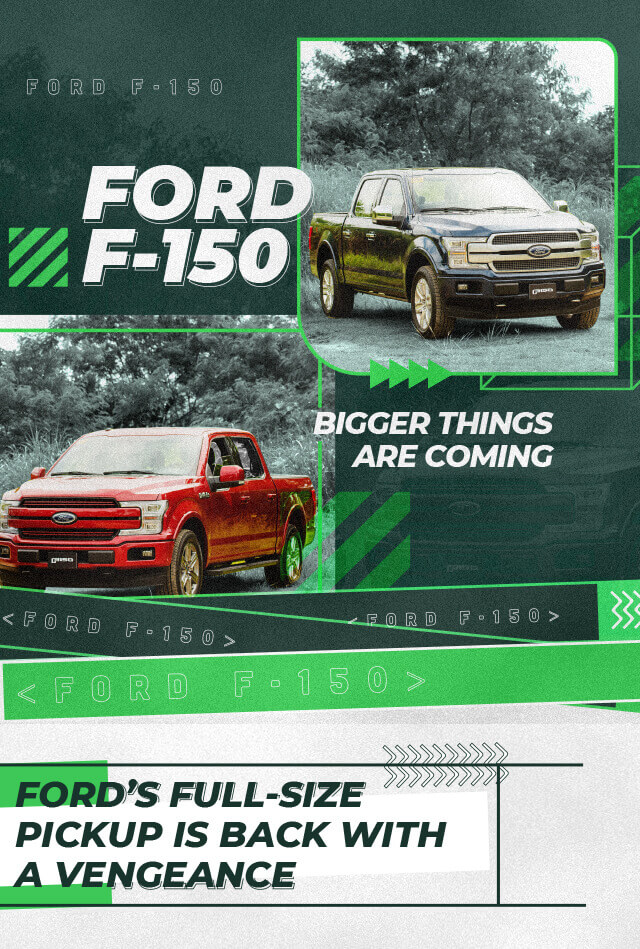 The Philippines may be getting the outgoing F-150, but it’s not necessarily the end of the world.

It’s been a while since anything on four wheels called the F-150 graced Ford Philippines showrooms. While the F-Series pickups have been in existence since 1948, the only taste our market had of the F-150 was the tenth-generation model back in 1997. It was notable for deviating from the boxy design of previous generations, retaining only the transmission from its immediate predecessor and changing everything else.

It’s been a while since anything on four wheels called the F-150 graced Ford Philippines showrooms. While the F-Series pickups have been in existence since 1948, the only taste our market had of the F-150 was the tenth-generation model back in 1997. It was notable for deviating from the boxy design of previous generations, retaining only the transmission from its immediate predecessor and changing everything else.

Fast forward to more than a decade and a half later, and we come face-to-face with the F-150 in its thirteenth iteration. True to form, it’s still bigger than the Ranger (and comparable rivals), which places the F-150 in full-size pickup territory. The second F-150 comes to our shores under different circumstances, as it already approaches the end of its service life with the launch of the fourteenth-generation F-150 in the American market. 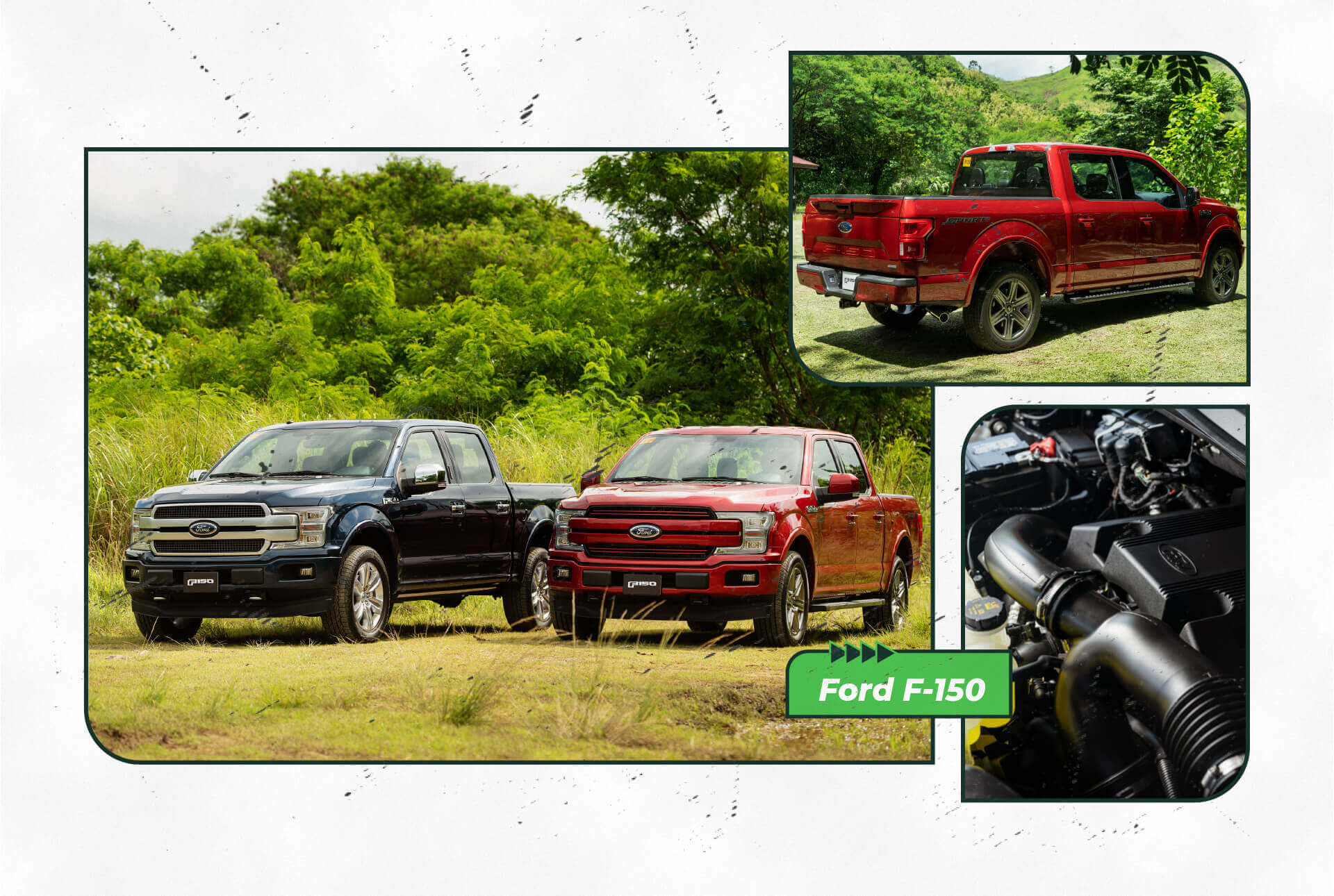 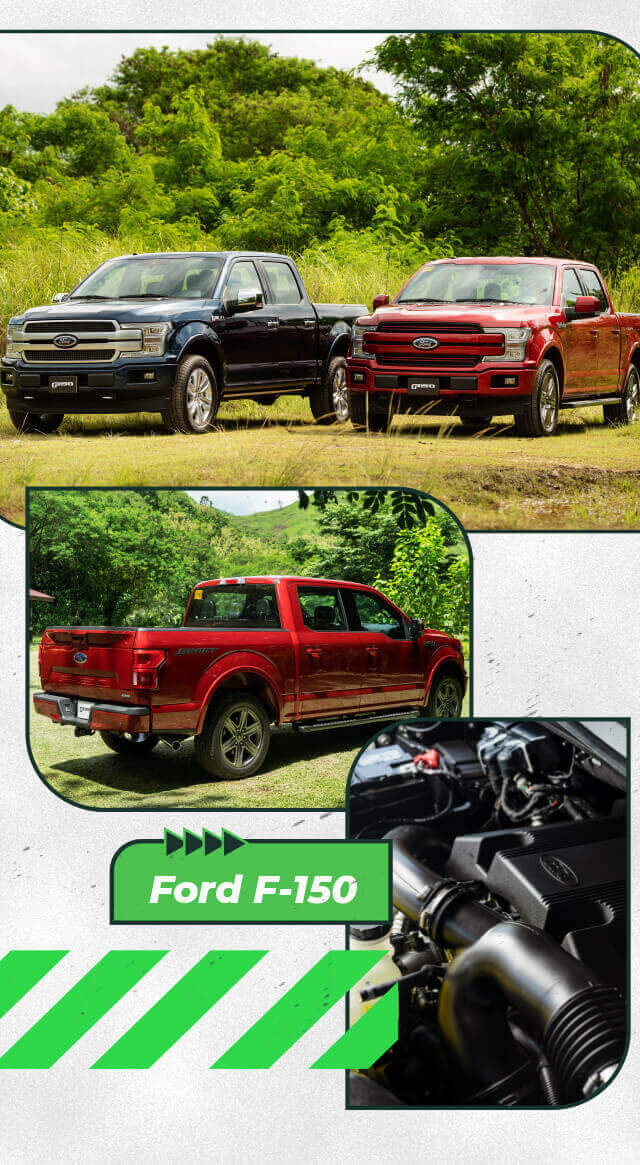 With the prospect of waiting two years before we get our hands on the new generation, we’re getting the automotive equivalent of leftovers, for lack of a better term. Is it something to be up in arms about? Depends on who you ask. One caveat of being early adopters for anything new (be it gadgets, software, or even cars) is that you’ll need to bear with some of the development and manufacturing kinks that inevitably come up during initial sales. The current F-150 has the advantage in that regard, having been around since 2015, and it stands to reason that Ford has already taken the existing (or outgoing) iteration as far as it can go.

Another consolation is that our F-150 units are all sourced from Ford’s Dearborn, Michigan plant . No outsourced assembly here, so we’re assured that the roadgoing F-150s we get are no different from their American equivalents. Where the U.S.-spec model spans seven trims from the base XL to the top-spec Raptor, our version condenses this range into two flavors – the lower-spec Lariat and the fully-equipped Platinum (the latter standing a bit longer and higher). The fact that they come with standard equipment that are considered pricey options in Ford’s home turf is further cause for elation.

And what a feature set it is. The squared-off silhouette is headlined by a strong fascia, with two massive horizontal bars (body color on the Lariat, silver-mash satin on the Platinum) crossing the grille, terminating in quad-LED headlamps on either side. Even the fog lamps are angular, recessed within the body-colored bumpers. A massive cargo bed rests behind the four-door cabin, terminating in a tailgate that’s both remotely-actuated and removable. The Platinum adds a built-in tailgate step with lift assist, deployable for easier loading of cargo. 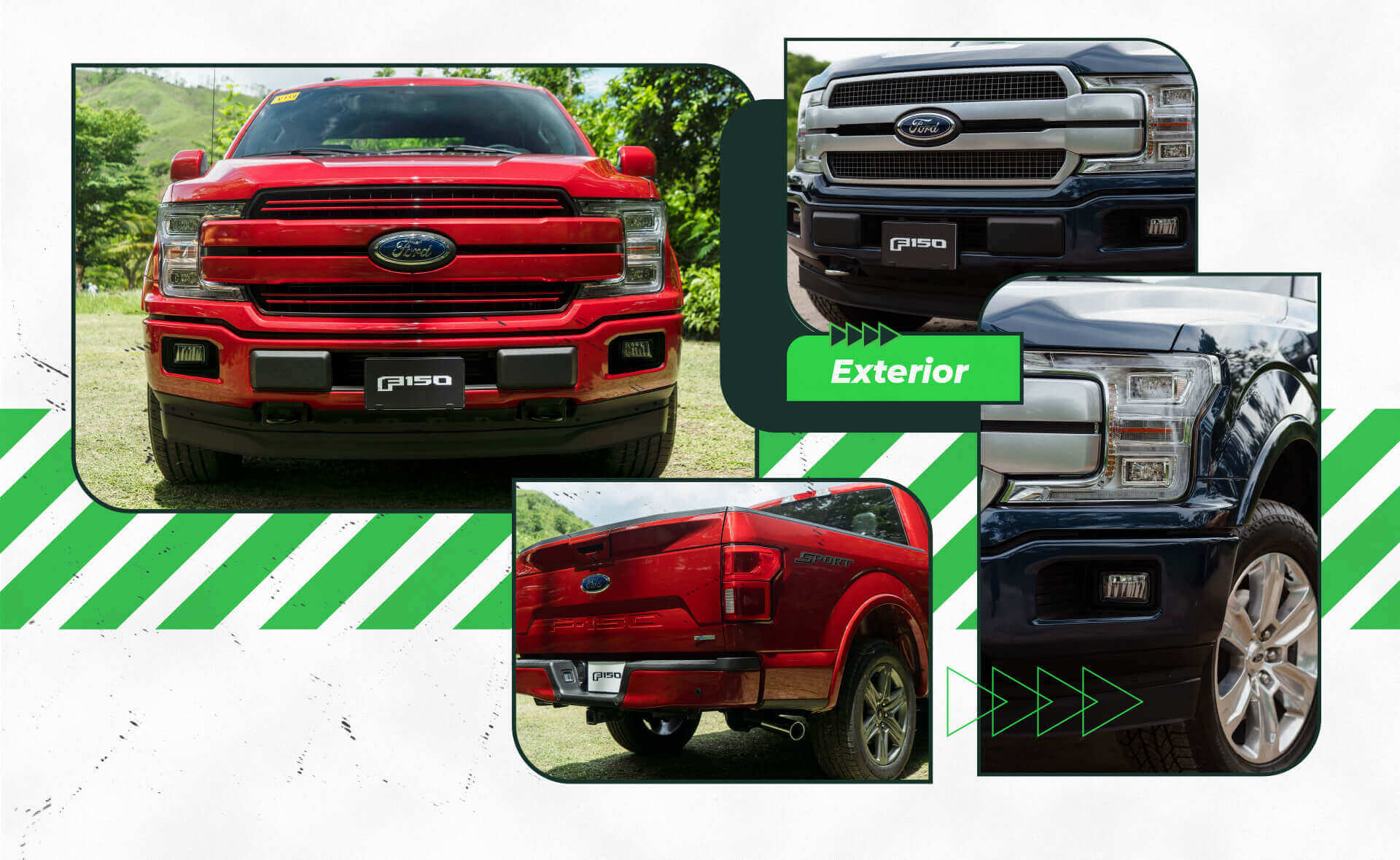 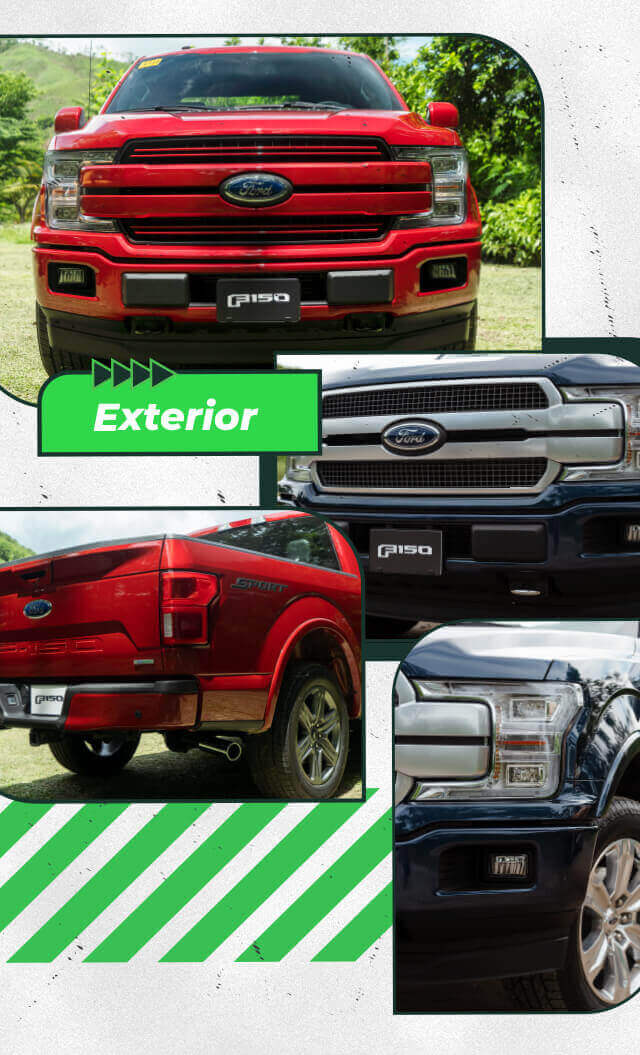 Another Platinum exclusive is the power-deploying tailgate, also intended to make it easier for occupants to enter the roomy cabin. Understatement of the year – try cavernous, with both trims using the four-door SuperCrew configuration. Common between them is the Ice Blue ambient lighting, which likely goes well with the dual-zone automatic climate control. Leather is standard, with the Platinum showcasing multi-contoured upholstery to go with its Active Motion massage seats in front. The split-fold rear bench has generous legroom, or simply flip it up to carry even more cargo.

Even with adjustable thrones, Ford went the extra mile to ensure anyone who wields the F-150 would feel like the truck was specifically tailored to them, offering powder-actuated adjustment for the steering column and pedals. The huge console features an eight-inch touchscreen display that offers Ford’s SYNC 3 with voice command, Apple CarPlay, and Android Auto integration. 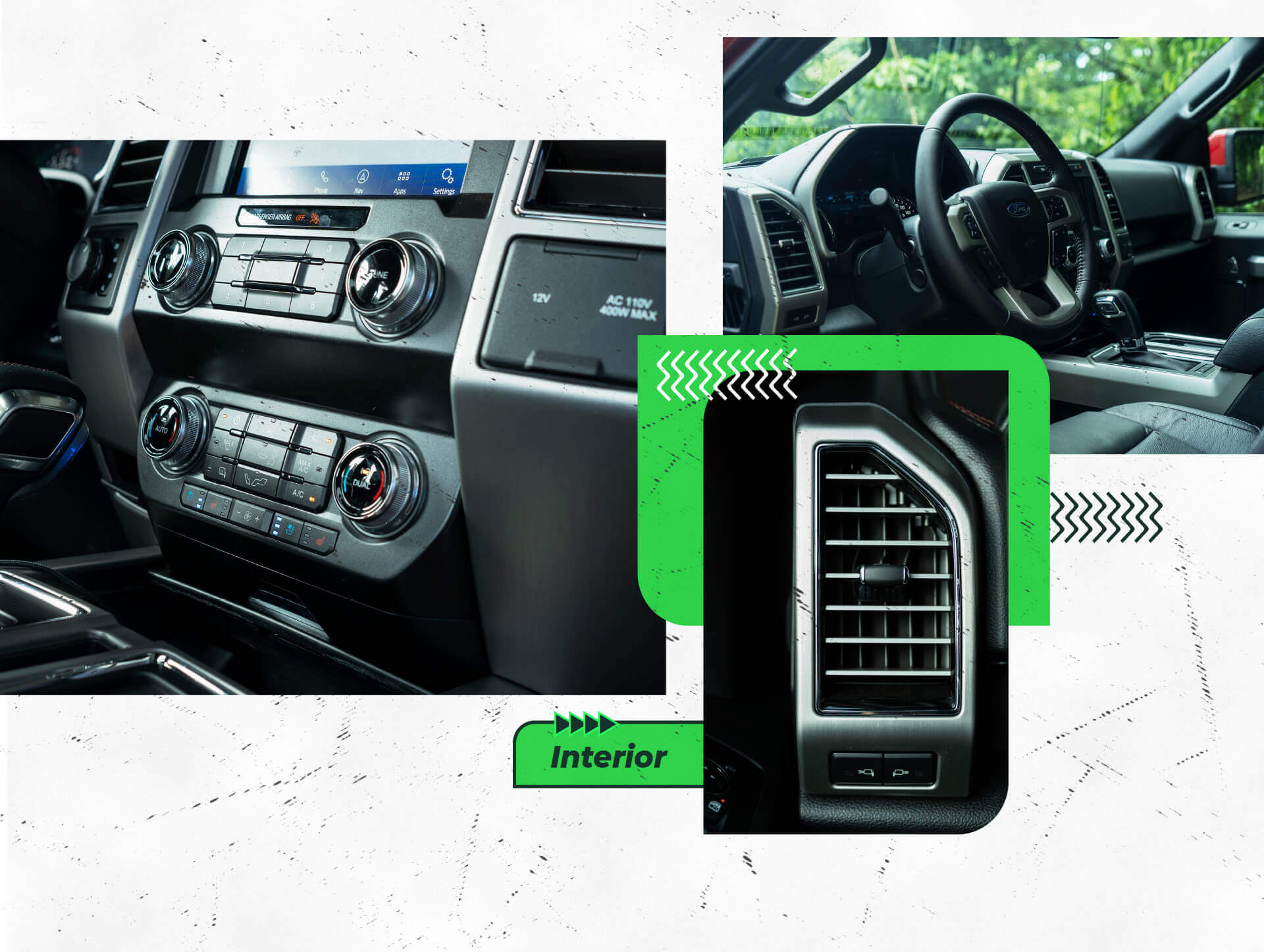 Only one engine option is present underneath the F-150’s aluminum shell. A 3.5L EcoBoost V6 kicking up 377 hp and a weighty 637 Nm of twist , channeled by a 10-speed SelectShift automatic to the rear wheels on the Lariat and all four wheels on the Platinum. Even if the three-mode electric power-assisted steering aims to offset the F-150’s size somewhat, the truck also benefits from Active Park Assist. Ford Co-Pilot 360 helps the F-150 skirt the dangers of Philippine driving with an array of driver-assist tech, while a 360-camera does what it can to reduce blind spots. Front, side, and curtain airbags round out the safety features. 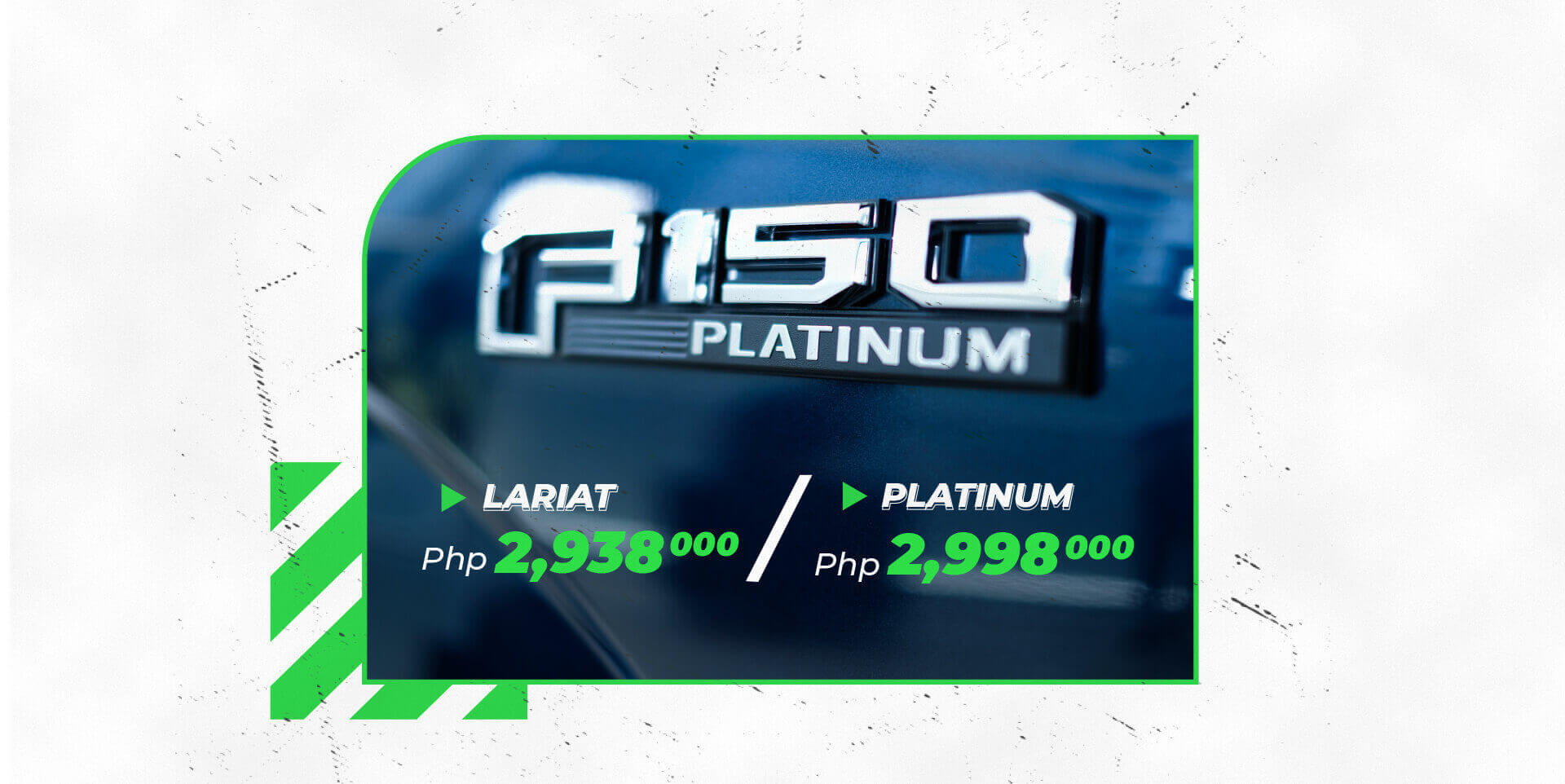 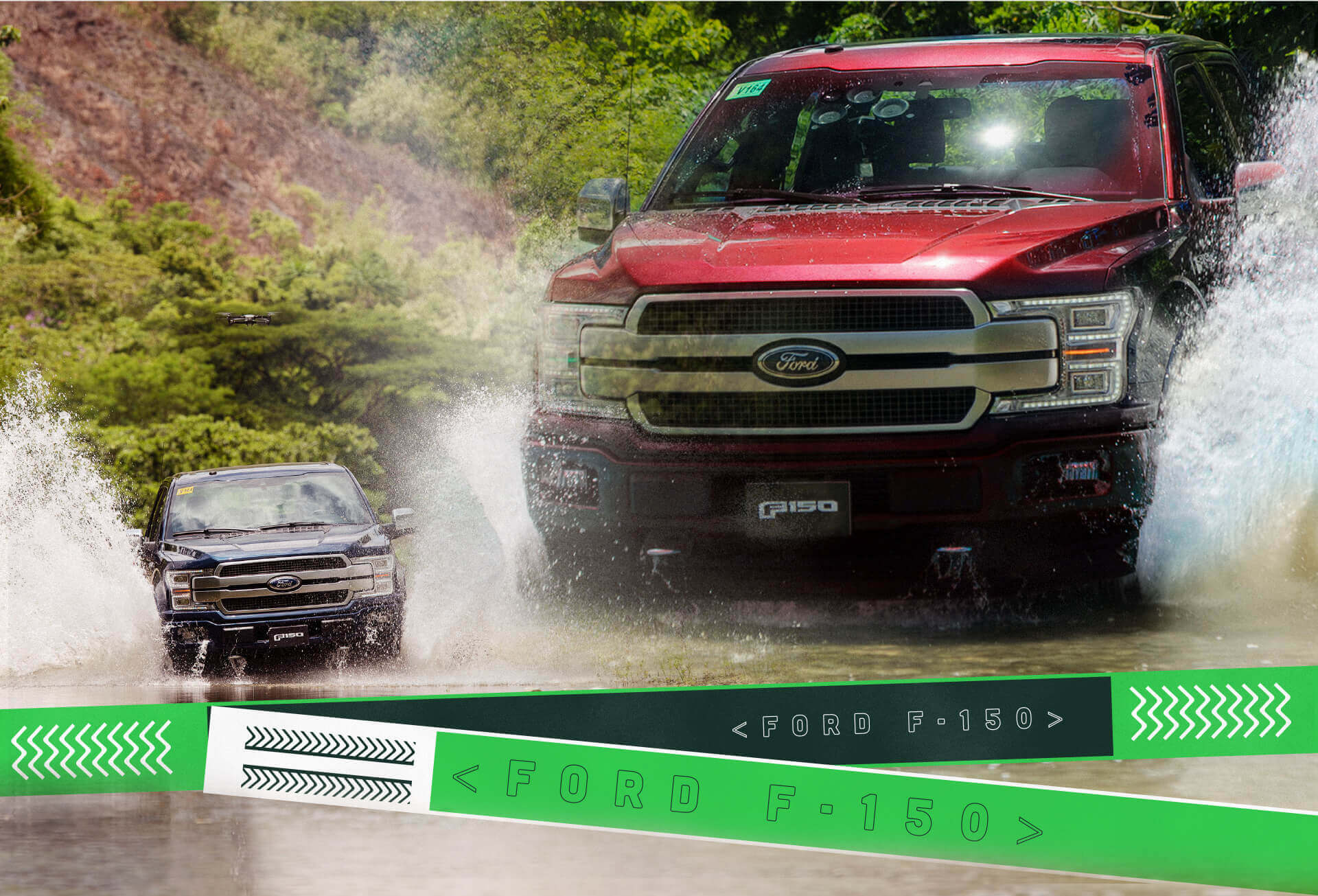 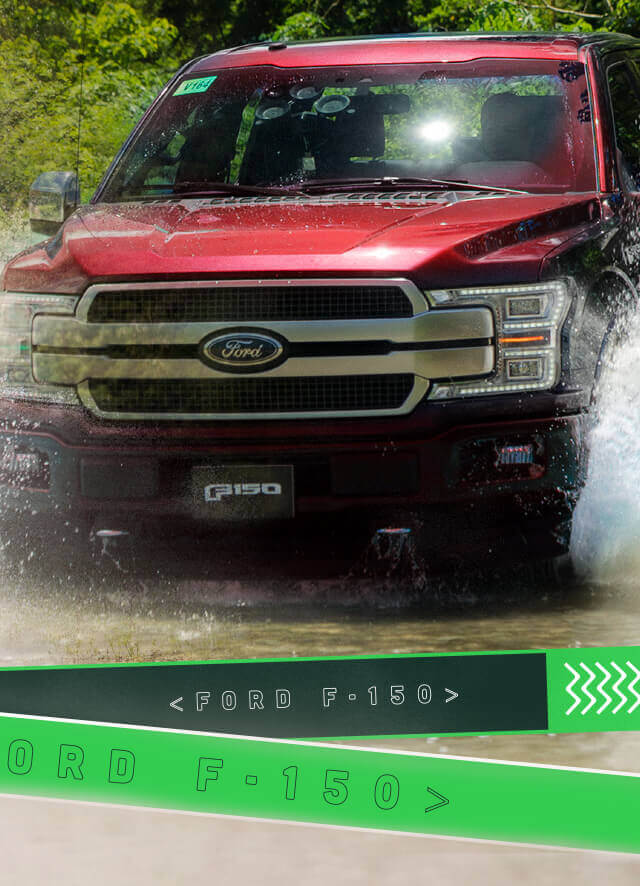 2021 Mazda BT-50: Expectations and everything we know so far