The Toyota Vios is one of the most popular sub-compact sedans in the Philippines. It was launched 16 years ago in 2002 and it’s known to be a trusted brand and model for the majority of the Filipino drivers. The Vios is widely used by private vehicle owners and in the public transport industry as well because of its affordability, reliability and low maintenance features.

The all-new 2018 4th generation Toyota Vios was launched in Thailand and will be making its debut in the Philippine market anytime soon. After being out in the market for more than a decade the Vios has upgraded its design while retaining its appeal in the mass market

The Toyota Vios 2018 has a typical dimension as other subcompact sedans in the market. It has a length of 4,410 mm, 1,700 mm wide and 1,475mm tall with a wheelbase of 2550mm giving its front and back passengers ample legroom to sit and move around comfortably.

The car is a little bit longer and wider as compared to the previous model which provides more stability on the road. The Toyota Vios is available for sale in the PH in 12 versions.

Though the previous model is a good looking car, the newest model has a sleeker shape giving it a more sophisticated look. Its front end design looks a little bit like the Toyota Yaris. It has a longer rear and its tail lights are more slender. The bumper and the trunk lid was able to get a facelift as well. 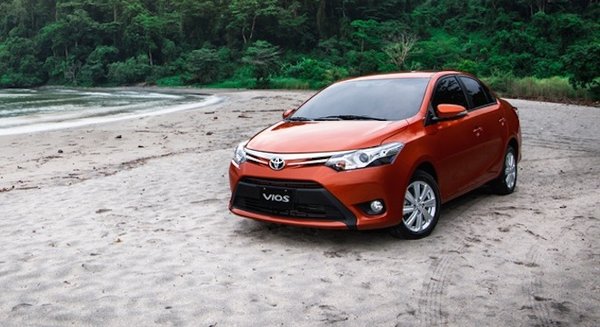 The Toyota Vios 2018 boasts a pretty nice interior as compared to other cars for sale in the Philippines. It also has more comfortable seats that offer additional support to the driver and its passengers. You can go on long drives without feeling sore and tired.

The new Toyota Vios has an interesting feature added in its 7in LCD infotainment system known as the MirrorLink system which allows you to control the cars entertainment system using your smartphone. It also comes with auto climate control and other added features. 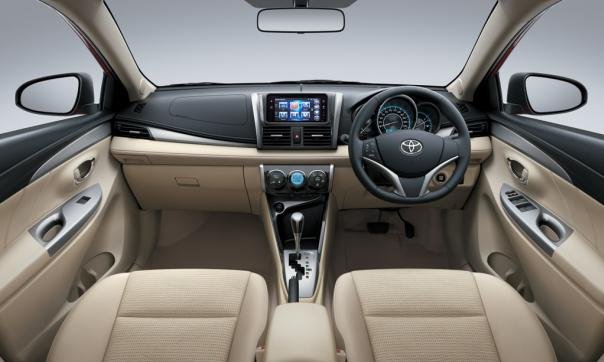 The top-of-the-line Vios is powered by a Dual VVT-i with a 1.5L 16 valve EFI- 4-cylinder DOHC engine. A new resonator was added that makes the engine quieter when driving.

Maximum power is at 106HP @ 6000 rpm while the maximum torque is at 140 Nm @ 4200 rpm. The vehicle is good for city driving but can also withstand long drives. It has a fuel tank capacity of 42 Liters and has a mixed fuel consumption 12 Km per Liter.

The Toyota Vios 2018 is available in both 7 speed-A/T and the 5-speed M/T gearbox for an affordable price. The top-of-the-line Vios is powered by a Dual VVT-i with a 1.5L 16 valve EFI- 4-cylinder DOHC engine

The Vios is equipped with airbags on the driver and passenger side, plus the new model added knee and side curtain airbags for additional protection. Also, the current model has Isofix mounts, allowing you to put baby carriers at the back of the car without any hitch. The car also has an Electronic Brake distribution, immobilizer, electronic car doors and other security features that are expected in a Toyota.

In general, the Toyota Vios 2018 now gets a price tag, from P659,000 to P1,095,000, showing a relatively slight increase compared to the previous price. Let's check out our newest price list of the Toyota Vios in the Philippines:

So, Philkotse.com have provided you with basic knowledge the Toyota Vios 2018. If you agree that this sedan is worthy to buy, visit the nearest Toyota dealerships right now to drive home a new Vios.