I. Overview of Mitsubishi Philippines

After 15 years under the name, it was changed to Canlubang Automotive Resources in 1978. The entire company was owned by MMC and Nisho Iwai Corp which is now known as Sojitz Corporation. These two companies took over PAMCOR or Philippine Automotive Manufacturing Corporation.

PAMCOR makes sure that they are able to meet the market’s consistent demand by investing in its manufacturing plant and facilities. With such eagerness, PAMCOR was the first to introduce a first-class Japanese automotive painting technology in the Philippines.

PAMCOR was recognized as one of Asia’s top 5 leading companies for Product Quality and service. They are the only automotive manufacturing company to receive the award.

For 55 years, MMPC has partnered with the government to sustain the automotive industry. MMPC also acted as a responsible company by initiating environmental and social activities under its Corporate Social Responsibility program. There are Mitsubishi models that are manufactured from the Sta. Rosa site. Some of which are Mitsubishi L300, Mitsubishi Mirage 4 and Mitsubishi Adventure. The success of the company has not only brought the top of the line vehicles, but it also provided hundreds of jobs to the Filipino people.

If you want to check out the Mitsubishi cars in the Philippines and Mitsubishi Philippines price list personally, you can visit any of their dealerships in the country.

Filipinos are always looking for ways to save money, and Mitsubishi can meet that need. That is the reason why Mitsubishi maintained a strong following in the country despite the recent scandals that were thrown at them. They surely have a lot of car models to choose from, and it might be quite a challenge to pick one. Let's see the below list of flagship models in its lineup.

If you are looking for Mitsubishi cars for sale in the Philippines, let's refer to the list below where we list 3 of its hottest models in the local market:

The all-new Mitsubishi Xpander 2018 was first introduced back in 2016 at the Gaikindo Indonesia International Auto Show. Following the initial launch was the official release in August 2017.

As the name implies, the Xpander was born with a mission of further expanding Mitsubishi's market with its expanded levels of comfort, convenience and performance. Looking at it, you will see that the Mitsubishi Xpander carries the look of an SUV despite the fact that it can carry up to 7 passengers including the driver. It also looks sportier than it used to due to the noticeable tweaks on its exterior. 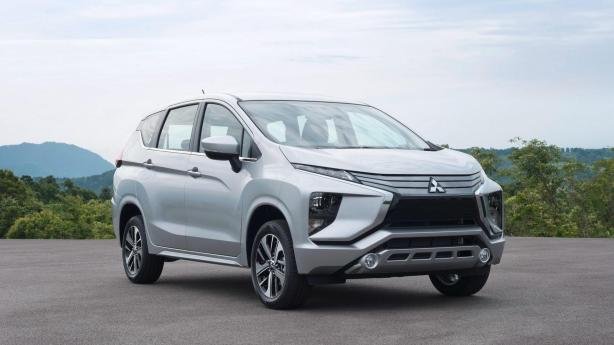 Conquering 6 generations, the Mitsubishi Mirage was able to prove that it is one of the best in the B-segment. It might look small but it is truly packed with functionality. On its front end, the Mirage gives a sporty and modern vibe thanks to its lower front bumper, bloated bonnet and its diamond-shaped grille.

Stepping inside, the Mitsubishi Mirage will definitely attract you with its fabric seats and ergonomic design. Also, despite being small, this hatchback can provide you with an ample cabin space perfect for your daily drive and don’t forget that the trunk is equipped with lamp and tonneau cover. Conquering 6 generations, the Mitsubishi Mirage was able to prove that it is one of the best in the B-segment

Known to Filipinos as the “Today’s Family Wagon” in the 90’s, the Mitsubishi Adventure has been famous for its simple design yet countless functions. However, the Japanese automaker still decides to discontinue the production of this iconic AUV because the car's engine is only compliant with Euro 2 emission standard while having this upgraded to Euro 4 will cost Mitsubishi too much investment in terms of both money and effort.

Though we will no longer be able to own a brand new unit, there are still hundreds, if not thousands of pre-owned Mitsubishi Adventure available in the Philippines for you to consider. 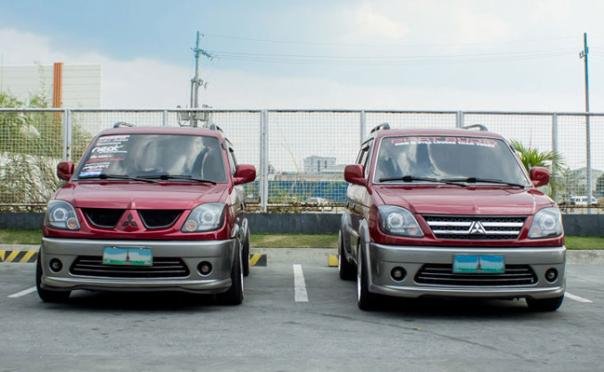 If you are interested in learning more about other Mitsubishi models, you can find helpful information here in our Mitsubishi review section.

Mitsubishi Motors is a part of the Mitsubishi Heavy Industries which is located at Minato, Tokyo, Japan. It is the 16th biggest car manufacturer worldwide. Since 2016, Mitsubishi is partly owned by Nissan (34%), making them a part of the Renault- Nissan- Mitsubishi Alliance. Mitsubishi Model A is a hand-built seven-seater sedan

Central Japan Heavy-Industries or currently known as Shin Mitsubishi Heavy Industries, introduced Mitsubishi 500 in 1953. It was followed by Minica kei car and Colt 1000 in 1962 and 1963 respectively. Mitsubishi Debonair was the 1st luxury car released by the company in 1964 and was commonly used by top company executives as their company car.

In 1970, Mitsubishi decided to forge alliances with well-known foreign companies thus MHI sold Chrysler a 15% share in the new company. Chrysler then started to sell Galant as the Dodge Colt in the US. This increased the annual production of the car by 250,000. Chrysler sold its Australian manufacturing division to MMC in 1980.

The Mitsubishi brand was introduced to the American market in 1982. MMC initiated their first advertising campaign towards the end of 1980’s to further increase their dealership network from 70 to 340. Accordingly, the number of Mitsubishi dealerships in the Philippines also considerably increased. At the moment, this number stays at 55 dealerships in the country.

Here are some fun facts about Mitsubishi Motors: 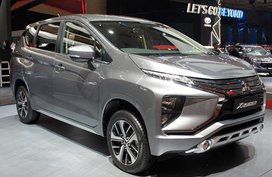 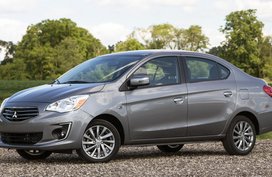 View all Mitsubishi cars for sale